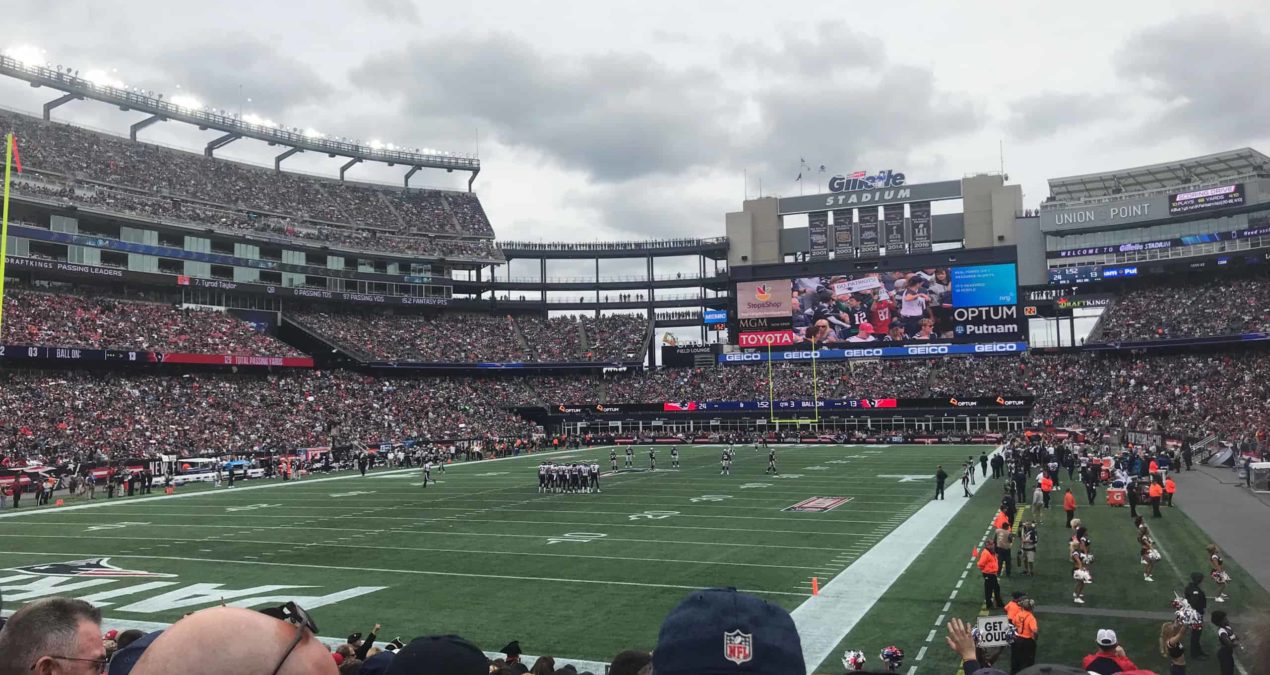 BY MAX CURTIN AND JOEY SEMEL

Everyone can breathe a deep sigh of relief… football is back.

Week 1 of the NFL Regular Season certainly didn’t disappoint… unless you root for the Bills or Steelers.

Sunday’s slate of games brought touchdowns and lots of them. The Ryan Fitzpatrick-led Tampa Bay Buccaneers offense exploded in a 48-40 shootout win over the New Orleans Saints, a team many expect to wind up in the playoffs for a second consecutive year.

Kansas City Chiefs 2nd year quarterback, Patrick Mahomes and Tyreek Hill proved why the Chiefs offense will be giving defenses headaches all year long. The two connected seven times for 169 yards and two touchdowns, including a 58-yard score. It didn’t hurt Kansas City’s cause that Hill opened the game with a 91-yard punt return in the opening quarter, propelling the team forward to an impressive 38-28 victory over the Los Angeles Chargers.

How about the Cleveland Browns?! With former Buffalo Bills quarterback Tyrod Taylor leading the way, Cleveland stormed back from a 14-point deficit to even the contest at 21-21 before the end of regulation. While this year’s #1 overall draft pick, Baker Mayfield didn’t get a chance to see the field, Denzel Ward put on a show on the defensive side of the football. Ward, this year’s #4 overall draft pick out of Ohio State deflected broke up three passes and intercepted two in his NFL debut. In a crazy back-and-forth overtime sequence, the Browns were in perfect position to seal their first victory in over a year until a 43-yard potential game-winning field goal got blocked at the line of scrimmage. Cleveland will look to continue their 1-game unbeaten streak next week on the road against New Orleans.

Did I mention the Bills? It’s safe to say that they haven’t quite replaced the aforementioned Tyrod Taylor. 2nd-year quarterback, Nathan Peterman and his Bills struggled mightily in their season opener versus the Baltimore Ravens, suffering a humiliating 47-3 beatdown.

On a more positive note, Aaron Rodgers had everyone talking about what he pulled off in Green Bay’s Sunday night 24-23 comeback win over the Chicago Bears. After leaving the game on a cart in the 2nd quarter with what appeared to be a serious leg injury, Rodgers returned in the 2nd half and willed his Packers to victory. A 75-yard touchdown throw to Randall Cobb in crunchtime sealed the deal on the 20-point 2nd half comeback and will remind the rest of us to never count out Green Bay as long as #12 is on the field.

It’s impossible to capture everything that went down on the field in Week 1 but I can’t leave out Saquon Barkley’s 68-yard highlight reel touchdown run in the 4th quarter against a proven Jacksonville Jaguars defense. The Giants would ultimately fall short 20-15, but Barkley and All-Pro wide receiver, Odell Beckham Jr. showed Giants fans enough to believe things will go differently this year.

While there were plenty of highlight plays worth talking about from Sunday, we’re going to shift gears and offer some season predictions based off the Week 1 action:

Rookie of the year: Saquon Barkley

Most overrated team: Dallas Cowboys- just like every year

Rookie of the year: Saquon Barkley

So there you have it, our predictions for the year. With only one week down, there are plenty of exciting twists and turns to come. Do the Browns finally win a game? Or maybe they will go on a run and not lose a game? Will the Bengals actually be good and make us look good for picking them as a sleeper? We can’t be sure, but we are super pumped to find out!