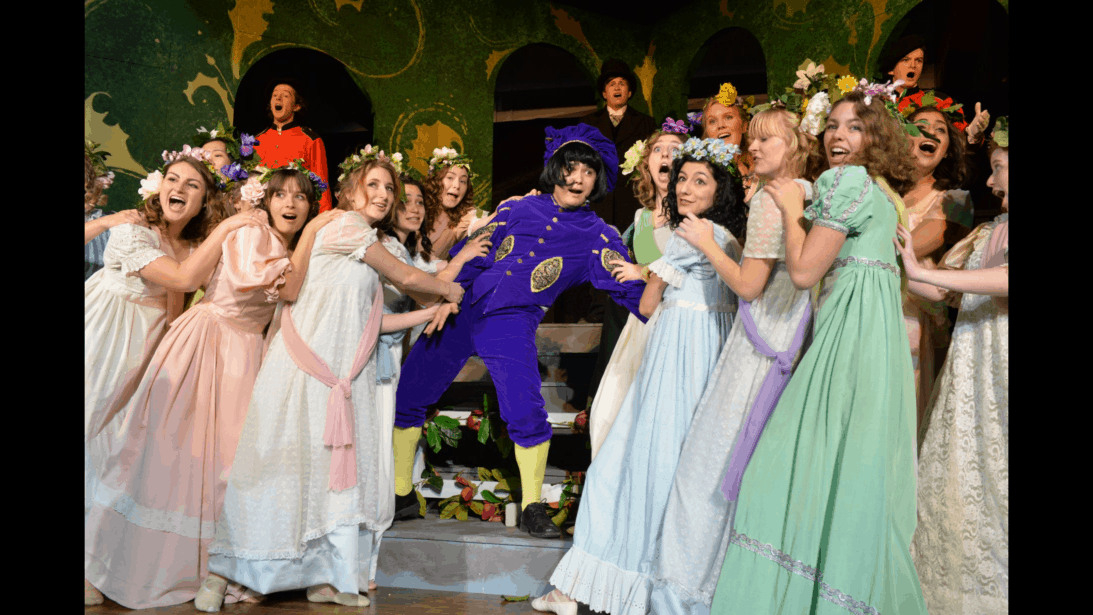 Never underestimate the number of students willing to spend their weekend at the opera.

Patience, the Gilbert & Sullivan operetta, was an unusual choice for the Singer’s Theatre mainstage fall show. The class typically chooses to perform a Broadway musical or puts together a musical review of popular show tunes. However, this past weekend, Singer’s Theatre performed Patience, the story of a simple milkmaid (Reilly Harring ’19), named Patience, who is unable to understand what love is or why she is loved by the village’s ostentatious poet (Jackson Mullins ’21). Though the poet’s love for Patience is unrequited, he is adored by 20 maidens who follow him everywhere he goes. The maidens’ obsession with the poet is baffling to the army of local dragoons, who joined the military believing they would receive female attention.

The operetta was whimsical and funny but seems as if it would attract a very specific type of audience. Although there were a large number of opera fanatics in attendance, other students with no prior knowledge of the style enjoyed Patience as well. Ted Little ’21, a biology major and football player, went in “blind” but was pleasantly surprised by Patience, describing it as “a really good show” with “great comedy and singing.”

Reilly Harring ’19, a theater major and music minor who played the lead role of Patience, was thrilled to perform in the operetta. Harring described the show as “such a joy to be in. It was an opportunity to push ourselves to do more classical-style music than we typically do in Singer’s Theatre, which is so important in musical experience and education.” Classical singing is certainly Harring’s forte; in addition to winning the role of Patience, she was also selected to perform next semester as a featured opera soloist with Denison’s orchestra.

The operetta’s success was evident from the joy in both the cast and audience during and after the show. Over 130 years old, the humor was slightly and subtly updated by director Belinda Smith, although unconventional, Patience proved to be a good choice. The lighthearted music, plot, and comedy worked well for Singer’s Theatre and was greatly appreciated by the Denison community.