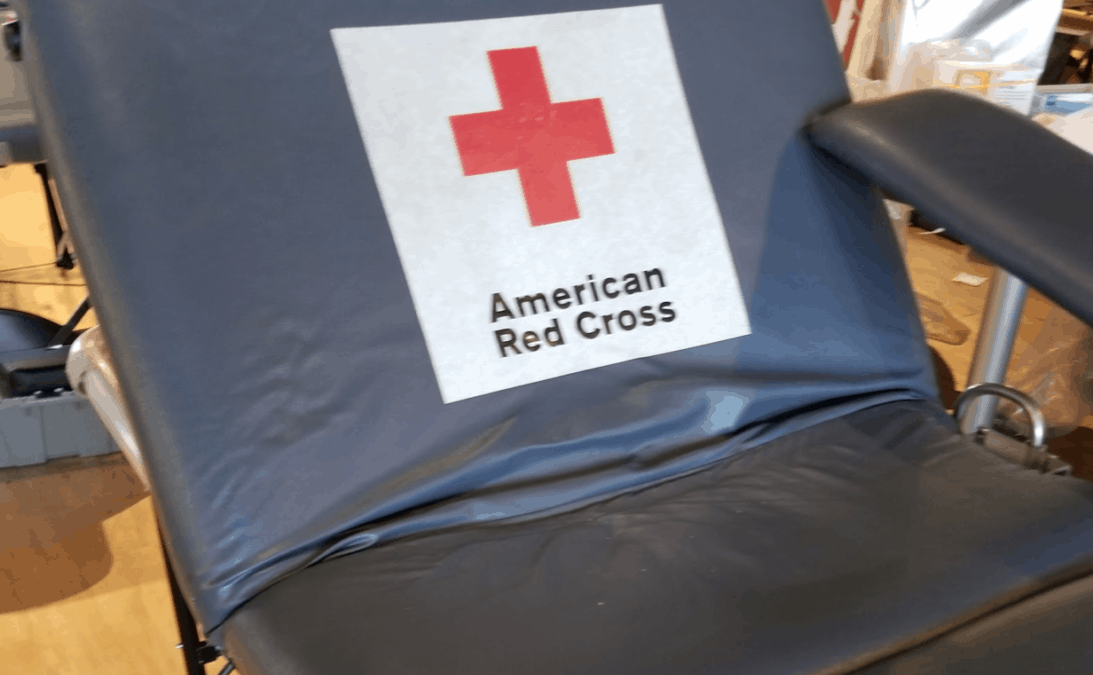 LAURA LAPHAM — Students and prospective volunteers occupied the third floor of Slayter Hall. The American Red Cross was there, back at Denison for another blood drive to collect urgently needed blood from volunteers.

Donating to the Red Cross is on a private and voluntary basis where volunteers donate a pint of their blood that can be used to save lives; someone needs a unit of blood every 2 to 3 seconds.

The blood drive lasted in the Slayter Union Building from 11:00 a.m. to 5:00 p.m., and there was a strong call for walk-ins since the American Red Cross was facing an emergency need for blood units. Many Denison students came in to donate blood and help out those in need during this time of crisis.

One Denison student who donated on Thursday was Dylan Brown, a sophomore and a communications major and economics minor. “I have O-negative blood, meaning it’s the universal donor, so I like to donate as much blood as possible. I see Slayter is doing a blood drive, I like to come in a give a pint of blood to someone else who needs it more than I do,” said Brown.

Brown is very dedicated to the Red Cross, and many other students also participate in the regular blood drives here at Denison. Even other Denison Students who do not regularly donate blood to the American Red Cross still are a massive help due to the importance of donating blood.

Red Cross has made efforts to make donating to the blood drive an easier experience for some Denison students. Federico Read Grullon, a senior and a computer science major, believes Denison’s choice in location for the blood drive is important. “I think the blood drive is cool that they have it on campus, so you don’t have to go to a remote location to donate,” said Grullon.

This gives Denison students an important opportunity without ever having to leave the campus or go far out of the way.

The American Red Cross is an important organization that is powered by volunteers who donate blood to help those in need since blood is an important commodity that everyone will need at some time in their life.