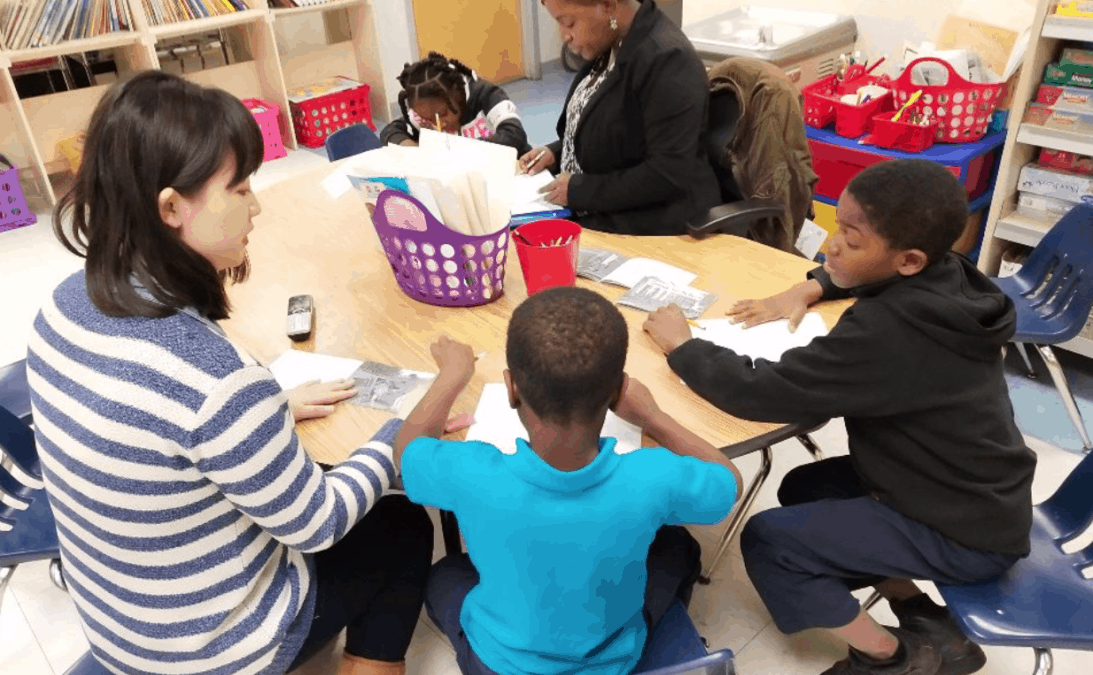 Despite the winter storm, students going on the East St. Louis Breakaway trip were still able to get away from campus.

This year, ten students made their way back to campus a week early from break in preparation to volunteer from January 14-19. Trip leaders communication major Cierra King ‘20 and education major Makeda Girma ‘19 planned to leave Sunday, however, the snow kept the volunteers on the hill one more day than expected. The group departed for East St. Louis at 5 AM on Monday morning and arrived at Hubbard House later that afternoon. Hubbard House provides housing for those who are looking to volunteer in East St. Louis and has been hosting Denison students for years.

Throughout the week, Denison students were able to volunteer in a variety of different ways in the East St. Louis community. All of the volunteer sites, including Hubbard House, are under Catholic Urban Programs, a faith-based organization committed to fighting poverty in Southwestern Illinois.

Denison volunteers spent time at Bishop Cosgrove Soup Kitchen and St. Vincent DePaul Thrift Store to help organize donations of toiletries, blankets, and clothes. At the Holy Angels Shelter they cleaned and prepared rooms for incoming homeless women and children. Back at Hubbard House they worked together to assemble over 100 food bags and hygiene kits to pass out to people living in tents. Out on the streets volunteers were able to meet and hear many of the unhoused people’s stories in the East St. Louis community.

In addition, every day Denison students spent time helping out in after school programs at the Griffin Center. The Griffin Center provides children with snacks, homework help, games, and computer time on weekdays. Denison volunteers were lucky to spend three afternoons tutoring and playing games with the elementary school children a part of this program.

By the end of the week it was hard to say goodbye to everyone, especially to the kids. Trip leader Girma ‘19 reflected on her second Breakaway trip to East St. Louis, “There are so many things I’ve learned while volunteering at various communities in East St. Louis. I’ve learned that the people really make up a community. Despite the evident struggles the people and community continue to face, their positive and humorous attitudes reflect their resilience and strength. Working at the after-school taught me the significance of building relationships with youth because they really look up to you.”

Economics major Jiayi Dong ‘19 added, “It is amazing and motivating to personally get to know how people in extreme poverty are holding up. They are selfless, and think of themselves not as individuals, but as a community. No matter what position or phase one is at, positive attitudes and great dreams will always reflect a bright future!”

In addition to meeting the community of East St. Louis, the trip let the volunteers get to know each other. The group spent their evenings cooking together and set time aside to gather and reflect each evening. A few uno nights, meals, laser tag, and car rides later, it is safe to say the Breakaway students from all years, places, and majors at Denison feel closer to one another.

Internship teaches the importance of organic agriculture and farming