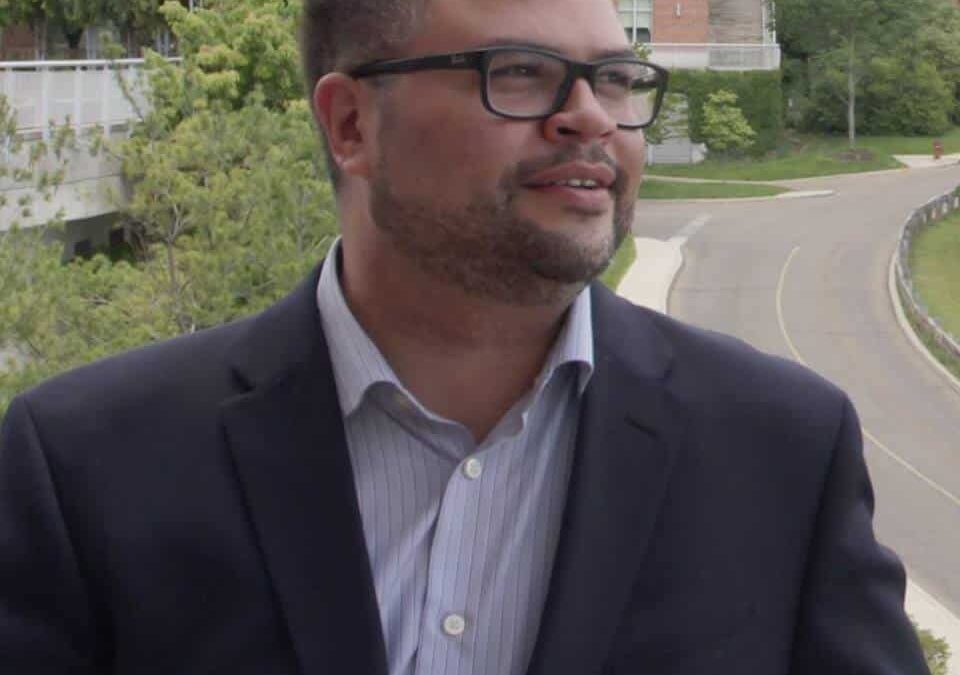 LIZ ANASTASIADIS — Democratic candidate Jeremy Blake ‘00 announced his running for Newark City mayor for the primary election of May 2019 in early January, sparking a new movement in the small city. Blake will be running against current second-term mayor and republican candidate Jeff Hall.

Currently Denison’s Desktop Support Specialist in the ITS department and a member of Newark City Council for the last 5 years, Blake, originally from Newark, Ohio has a passion for civic change.

When Blake started off at Denison in ‘96, he was working at the state senate as a page, handling technology and more. During the Ohio Caucus, a senator saw his work and offered to hire him at the statehouse as a tech aid, which is where he stayed for ten years, dropping out of college for the position.

When Denison was hiring in their ITS department in 2006, Blake found it as his ticket back to a college education. He officially completed his degree in economics in the year 2012 after 9 years of taking courses through the free classes offered with being part of Denison University faculty.

Blake’s plans for post election would be to get further involved in the Newark community.

“I’ve always been involved with community service,” says Blake. “I wasn’t really the kid that was athletic. Service and giving back to people has always been part of who I am for awhile now. I served on the Newark school board for 5 years and passed a bond issue to renovate Newark city school buildings, improving their education.”

The downtown Newark area has undergone many changes since the start of Blake’s time on Newark City Council. Newark is home to the Denison Art Space.

Blake served as community coordinator and started a nonprofit called the South North Civic Association during his youth, which lasted for five years.

Being the first gay mayoral candidate to run for Newark mayor, Blake advocates for equal rights and opportunity. His goals: to review what services the city can improve on to help its residents. He wants to improve neighborhoods, invest into preschools, safety forces, homes and roads.

“Once you get that heart beating to build a sense of pride in your community it makes a difference,” says Blake. “I want to ensure change in Newark’s people.”

For a long time people have viewed city government as a limited asset. Blake wants to inform people of the changes Newark is going through, starting with putting the finances of Newark city online for all to see from the click of a button.

“We can take small steps and put them into effect to change peoples lives,” says Blake. “I want this place to be somewhere for people to settle down and build their families.”

Half a million dollars to improve campus