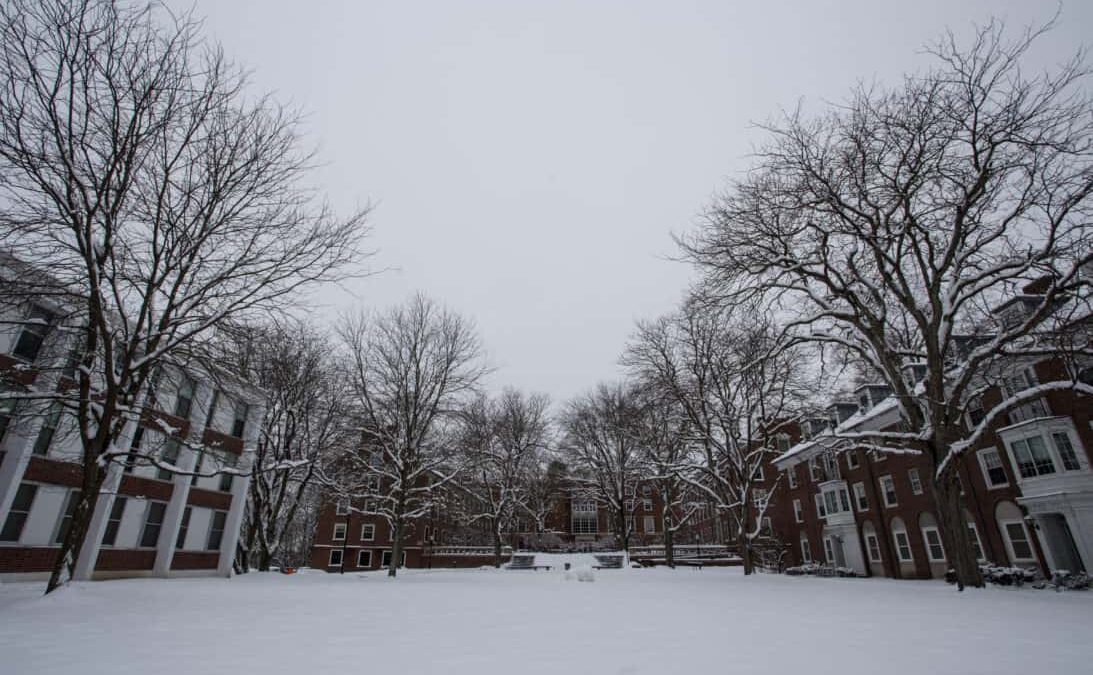 Over the course of the last week, a string of brutally cold days hit the Midwest. In Granville, wind-chill temperatures got as low as -29 degrees. In other Midwestern states, the wind-chill got as low as -40, nearing numerous records for some of the coldest days on record.

According to scijinks.gov, a website that is made to educate the public about weather-related topics, a polar vortex occurs when cold air is pushed from the poles (in this case the North pole). It results in extremely cold temperatures around the world.

Despite the day off, the cold was not fun for everyone. Riley Schafer ‘21, a global commerce major from Austin, Texas, was missing the warm southern weather she is used to in her home state. She describes the moment she knew it was going to be a rough week.

“It was like the second day back and my car was frozen shut. We kept trying the handles, and someone had to tell me not to pull or the handle would break off of the door. We eventually got in, but only after some very careful maneuvering and almost an hour of scraping off ice led by someone from a cold weather state knowing what to do.”

Here at Denison, the vortex was not all bad for the students, as it resulted in a rare cancellation of classes and closing of the University due to extremely cold temperatures. Canceling classes is something rarely seen in colleges around the country, but especially rare at Denison.

“I loved the day off, but I wasn’t ready for just how cold negative temperatures can be,” Schafer said. “I was legitimately scared at times because it was so cold and I’m not used to temperatures like that. It was the kind of cold that makes your face hurt.”

For reference, her hometown of Austin had a high of 54 degrees last Wednesday. The high in Granville? A full 50 degrees colder: a whopping four degrees.

“Wouldn’t that be nice right now?” she asked.

Well, lucky for Schafer and her fellow Texans, hope is on the horizon. According to the weather.com forecast, the high in temperature will be above thirty degrees for the entirety of the next two weeks.

“It’s going to feel like the beach!” Schafer said.

While it might not be Malibu, it sure will be a welcome change for Denison students who have been bundled up in their winter coats, hats, and gloves for a whole week.

What is Bipolar Disorder?