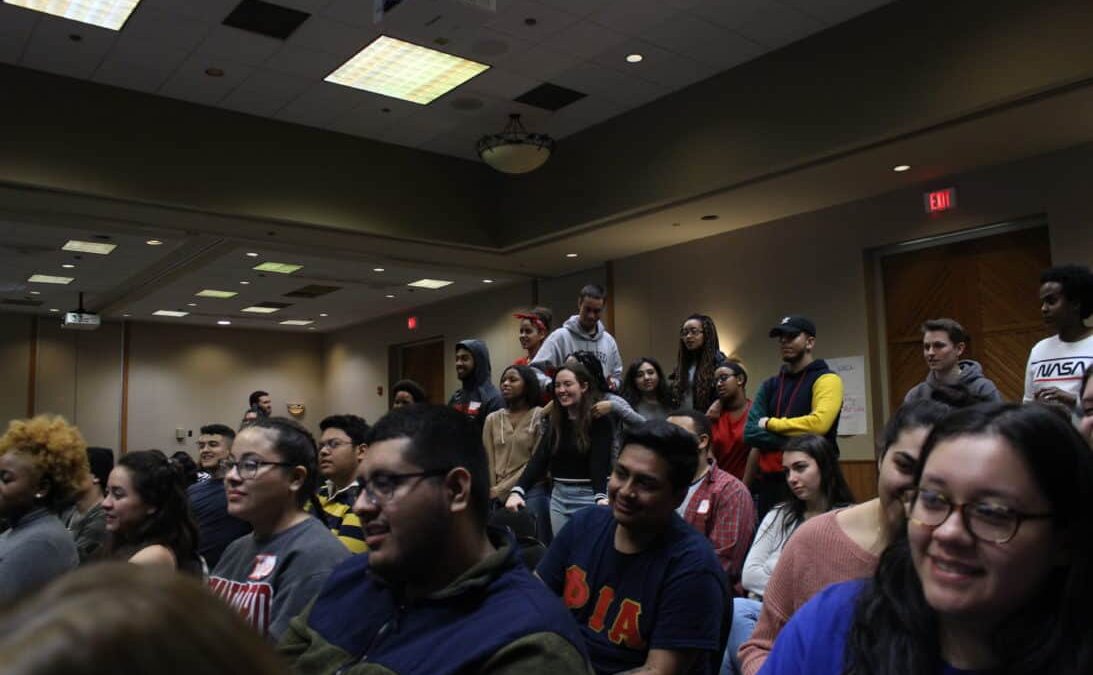 Deer Creek Lodge, located a fair 62 miles from campus in one of Ohio’s seven state parks, is probably a quiet refuge during the average person’s stay. This past weekend, however, nearly 200 Denisonians gathered with the intention of making waves. The Posse Plus Retreat, held by the national non-profit the Posse Foundation, which celebrated its 30th anniversary this year, brings students, professors, and mentors together to contemplate issues relevant to our time. The inspiration for the event stems from the idea that “…creating a safe space for dialogue between campus community members who may not ordinarily interact with one another, retreats today have become an important forum to engage in social, cultural and political issues” (Possefoundation.org).

The Posse foundation believes that “…the leaders of the 21st century should reflect the country’s rich demographic mix.” Through a four-part model that begins during high school, the program offers a leadership scholarship of merit aid, as well as training and resources to encourage its participants to “…serve as a catalyst for individual and community development” (Possefoundation.org). Though Posse Scholars engage in this work year-round, the Posse plus Retreat provides a unique opportunity to extend this engagement outwards.

This year’s topic, the State of Our Union was chosen by and for Posse scholars, to be contemplated alongside their faculty and friends. Members of the Denison Community Alliance, a more recent yet similarly motivated scholarship program, were also in attendance. The Posse Plus Retreat was composed of individual, group, and community-style workshops to delve deep into components of the issue, but also consider the topic as a whole. Trust building exercises, which led to more vulnerable discourse, created intentional space for dialogue that can be hard to come by amidst the busy lives many Denisonians lead.

Reflecting on his last PPR as a member of Chicago Posse 15, Brandon Wafford ‘19

shared, “It’s very eye-opening to hear about the experiences of a variety of students regardless of class, race, gender, sexuality…It’s a proud and humbling retreat.” Armando Roman ‘19, also from Chicago, echoed this generational appreciation.  “It was very heartening to see so many students who feel they normally don’t have the platform to speak out on social issues as they relate to the Denison community. As an outgoing senior, it made me feel confident in younger students’ ability to problem solve compassionately and logically.”

Dominika Chruszcz ‘22, a first-year who also hails from the windy city,  is one such example. Though new to the event, she took on an emcee role at the conference’s concluding ‘No-Talent Talent Show.’ She related how her first Posse experience “…enabled me to intensely experience crucial reflection around my own identity as well as how to preserve those aspects of my identity on campus.” On what she’ll bring back to campus, Chruszcz added, “PPR has furthered the narrative of how the conversation around significant social issues doesn’t have to yield at a personal level, but rather, its true benefit lies in critical group discussion which would hopefully result in action. I am grateful for PPR because it helped strengthen my relationship with my own Posse, other Posse’s, and DCA.”