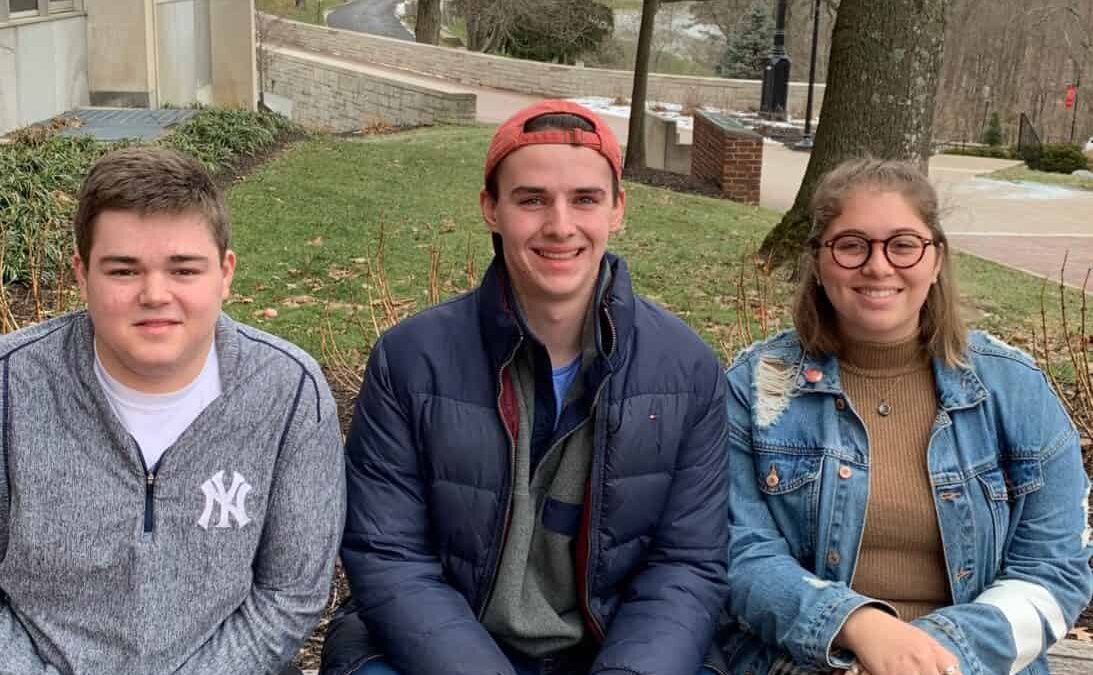 MAX CURTIN, JOEY SEMEL & LIZ ANASTASIADIS — Hello everyone! The Denisonian is back for another semester and we are all so excited to hear and share all of the stories you all have to offer.

From the outside looking in, it may not seem like much has changed for us here at The Denisonian, however, that is far from the truth.

For starters, the three of us will be shouldering much more responsibility for the coming year after having served the prior year as section editors. Now, Max and Joey will be stepping in as co-editors-in-chief and Liz as managing editor. We can all say that even though we may be nervous heading it, we truly are so excited to run the show!

We would say that sophomores don’t usually hold these positions of leadership in The Denisonian, but that hasn’t been the case as of late. That’s right. We’re talking about our amazing former co-editors-in-chief and managing editor who are all leaving to go abroad this semester. We all owe Chloe, Casey and Josh a huge congratulations for an incredible term and we wish them the best in their semesters abroad!

Now, how about some introductions to let you get to know us a little bit?

Max is a global commerce and economics major and a Spanish minor from Manchester, New Hampshire. He likes to think he is one of the more reasonable Boston sports fans out there (even if Joey says he isn’t) and will argue with you until the end of time if you tell him Tom Brady isn’t the greatest of all time. He is also a proud new owner of a super cute puppy and will more than likely show you pictures of him whether or not you ask to see him.

Joey is a communication major and a psychology minor from McLean, Virginia, which is just outside of Washington, D.C. An aspiring sports broadcaster, he loves everything and anything sports related. Born in New York, he is a huge Yankees and Giants fan, even when the former won’t sign Manny Machado, and the ladder has less wins in the last two years than Max’s Patriots did through week thirteen of this year. If you wanna talk any sport (anything from basketball to football to cycling), then he is your guy.

Liz is a creative writing major with a concentration in narrative journalism from Warren, Ohio. She loves to write and perform poetry, is an avid traveler who has visited three countries (and counting!), taking photos along the way. Liz aspires to be a traveling social justice journalist and to work at a publishing company in the near future. She’s the kind of person who enjoys color coordination, jewelry, thrifting and most importantly, writing.

We’d be lying to you if we said we weren’t nervous to take on the extra responsibility, but it is more of a nervous excitement for the upcoming year. The nerves come because it is our responsibility to share your stories in such manner that does them justice. It’s a little intimidating going into these positions, but with the right amount of teamwork from the staff, the paper will be running as smooth as normal. We have so many incredibly talented people on campus, and we want to make sure they are heard!

We are very much looking forward to sharing these stories, and working with what is a young, energetic staff during the upcoming year.