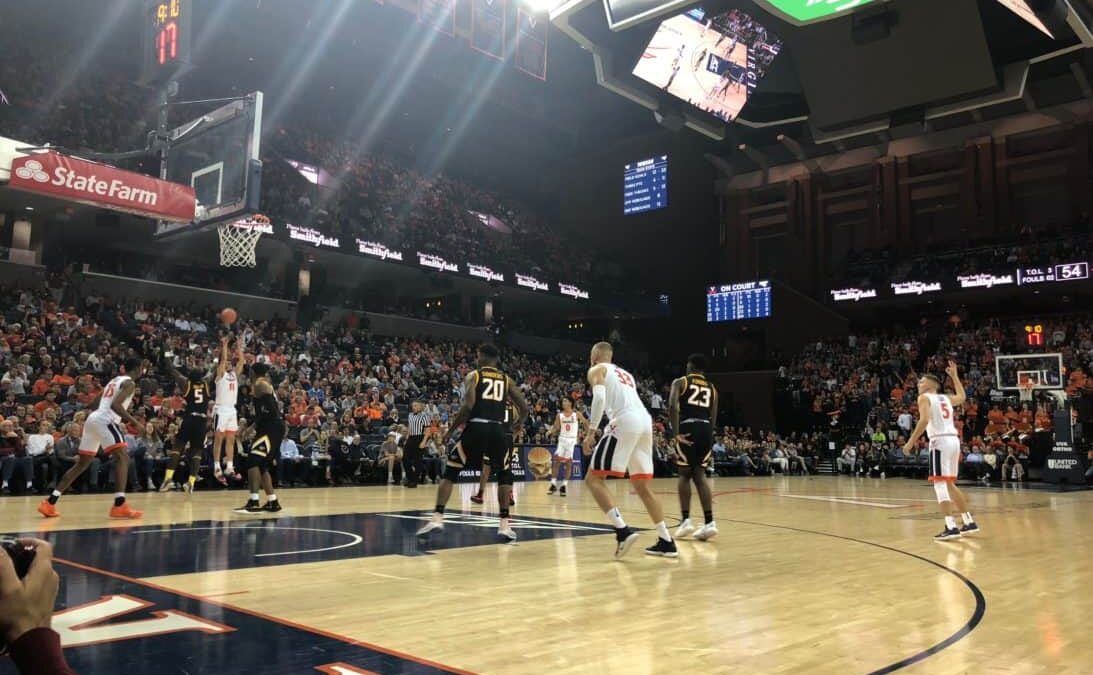 It’s the most wonderful time of the year!

No, I don’t mean the holiday season and I’m not referring to the song. I’m talking about college basketball. It’s that time of year. I wish you and your family a holiday season full of upsets and buzzer beaters. It’s the only thing on my holiday wish list.

But, let’s get to the facts and some things to look for during the season.

Duke, Duke, and more Duke… but also these few teams.

Despite their loss to Gonzaga, I don’t think anyone would question you if you said that Duke was the best team in the country. That was a painful sentence to write for a North Carolina fan, but even I can’t question it.

With that being said, the notion that they could beat the Cavs, or even a European team, are just dumb. Just stupid. The best part about their loss to Gonzaga is that we can stop talking about this.

It’s nearly impossible to poke holes in Zion Williamson’s game so far. He’s averaging 20 points per game while shooting 67% from the field. That’s absurd, especially when you add in that he’s basically a defensive lineman who can get off the ground like a wide receiver.

The team isn’t flaws however. It’s hard to notice them by just watching, but when we dig deeper, we find only two major flaws. Their free throw shooting, and RJ Barrett’s knack of disappearing down the stretch in close games.

As a team, they shoot just 65% from the line. More importantly, of Barrett, Williamson and Tre Jones (who get to the line a combined 13 times a game), none shoots higher than 66%. That’s not good. As for Barrett, he went 0-5 in the last minute against Gonzaga. That’s also not good, especially if Duke will be relying on him to hit big shots once they get through their notoriously easy non-conference slate of December games.

Ok, now to the other teams. Let’s start with the team who beat them, Gonzaga. More impressive? They did it without Kevin Tillie, arguably their best guy who returns from last year’s team that made it to the Sweet 16. They’re a scary team, and while a knock against them is often their strength of schedule, they’ll play Duke, Tennessee and North Carolina before conference play starts.

If they get through those games, they could very well enter the tournament undefeated. No one in the West Coast Conference is beating them.

Michigan. If you told me before the year started that they would be this good, I wouldn’t have believed you. Despite the fact they came on so strong in the second half last year and made it to the National Championship game, they lost Mo Wagner, unquestionably their best player from last year. But, they’re undefeated, including wins over ranked teams North Carolina and Purdue, not to mention on the road at Villanova by 27. None of those games were closer than 17 points.

Florida State. They are scary athletic, and possess a really nice blend of young and veteran talent. They’ll be tested after the always tough ACC schedule.

Nevada. No one is saying anything about this team, but they should be. They made the Sweet 16 last year, and return everyone important. Yes, everyone. Most notably, the Martin twins. Both Caleb and Cody can flat out put the basketball in the hoop. Guarding both is nearly impossible.

There you have it. I’m picking UVA to do the opposite of what they did last year. Rather than get upset in the first round by a 16-seed, they’ll make it to, and win, the National Championship.

You heard it here first.