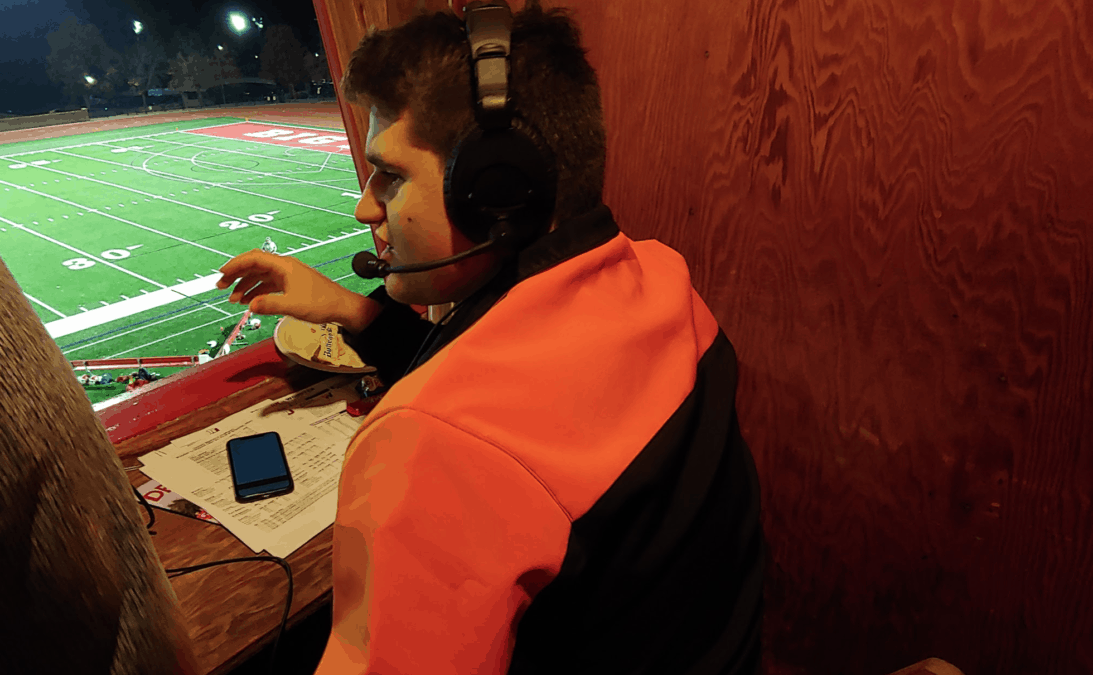 Denison has many options for out of the classroom learning, but you may not of heard of any like the Denison Sports Network (DSN).

DSN was created in 2008 by Craig Hicks, assistant athletic director for communications. During this time, video streaming had not yet been a huge development, but audio was, so Hicks initially tackled the job by himself until an assistant was later hired.

“There are all kinds of jobs on campus where you can sit at a desk. This is a job that’s going to be very different from that. DSN promotes an interactive, professional work environment that gives a primer to the real world. Curt and I both put a lot of faith in our workers who represent Denison as a whole and must live up to the network’s expectations,” said Hicks.

As a small network that put on only about 30 audio-only broadcasts in the first year, DSN was able to expand to video coverage of nearly every sport due to Denison’s willingness to commit to the network and its purpose. The receptiveness of Denison as a whole made DSN possible.

Currently, DSN has about 37 student workers as well as three full-time staff members who help run the network. With an average of six students per game and 130 broadcasts per year, DSN has expanded greatly since its debut ten years ago.

DSN’s overall mission is to provide fans of Denison athletics with live online coverage of Big Red varsity sports. Student workers have the opportunity to experience out of the classroom learning by filming, doing play-by-play or color commentary, running the scoreboard and clock, jotting down statistics and more for various sporting events.

DSN has had as many as 5000 viewers for a single broadcast during the NCAA tournament game last year for men’s lacrosse. Other broadcasts typically get a few hundred viewers but can sometimes reach the thousands.

“I love DSN because it’s taught me confidence and community. I love learning how to communicate on a professional level,” said DSN student worker Isa Contreras ‘22, a communication major from San Antonio, TX.

The overall production and technological effort that goes into every broadcast is intended for students who have interest in film, and also those who are willing to learn and gain experience about the technical side of live productions.

According to assistant director of athletics communications Curt Ashcraft, “DSN provides an outside of the classroom education. It may not be your career, but it’s for people who love sports. The goal is to make sure everyone’s in a spot where they feel comfortable, educated and understood.”

Fellow alumni and DSN worker Will Hibbard ‘18 commented, “DSN gave me hours upon hours of live, hands-on experience covering Denison athletics that I couldn’t have gotten at a bigger school. Working for DSN was the perfect mix of professionalism and fun, which are two very important things to have when working in athletics. DSN has prepared me well for my current athletics position at Winthrop University.” Hibbard is from Bahama, NC and majored in Spanish.

Aside from broadcasts, DSN has a website where articles and statistics are posted, as well as video and photo coverage of Big Red varsity sports.

DSN has an app and various social media accounts that allow for connections to be made among alumni, parents and students. Denison sports have become a major part of alumni’s lives and allows for community engagement despite viewers’ distance from the Hill. As DSN is trying to stay up to date with the times and ever-changing broadcasting culture, coverage can be viewed on smart TVs, Apple TV, Roku and more.

For both Hicks and Ashcraft, working with Denison students is the most rewarding part of the job. Watching students grow, progress and get better with everything they do is something they both thoroughly enjoy.