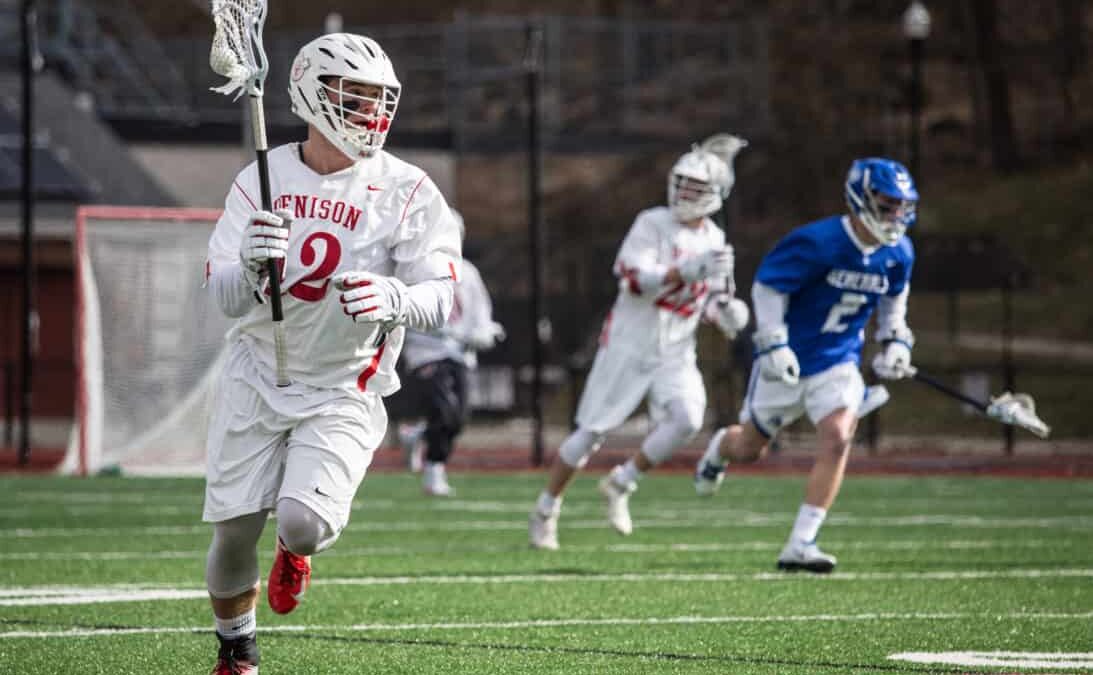 The Big Red have loaded their non-conference schedule with ranked teams all eyeing the NCAA Tournament, attempting to prepare themselves for postseason play later in the year.

Their first game of the year came against one of those teams: twelfth ranked Washington & Lee.

It was an offensive shootout ultimately won by the Big Red by a final score of 14-13.

The Big Red started off strong, jumping out to a 9-4 halftime lead on the backs of Spencer Butler ‘19 and Jake Waxer ‘19.

Butler finished the day with four goals and an assist.

Also important for the Big Red was Peter Pittroff ‘20, who added a goal and four assists.

Pittroff is looking to build off of last year, in which he had over 100 points and was named a second-team All American.

Pittroff spoke to the returning talent on the offensive side of the ball, giving the team the continuity needed to score a lot and contend for a National Championship.

“We are very fortunate to have a ton of returning players on the offensive side of the ball.

We have some great chemistry both on and off the field, and really try and play with confidence.

Our plan is simple each week and that is just to trust one another.

We have some incredible players, and making the simple plays and trusting the guy next to you to do his job is what will lead us to success,” Pittroff said.

Their second game didn’t go quite as well.

Playing a strong Stevenson team, currently ranked nineteenth in the country, Denison fell by a final score of 13-6.

The day wasn’t without strong performances, however.

Butler had another strong day, matching his impressive first game. Butler tallied another  four goals and an assist, bringing his total to eight goals in the team’s first two games.

Attackman Brooks Davy ‘19 tallied his first goal of the season, looking to build off of his 64-goals from last year. Davy also added an assist.

The other goal was scored by midfielder Patrick Lunt ‘19

Pittroff spoke to how the team must bounce back after the loss.

“This weekend’s loss was definitely a tough one.

You never want to lose, but it hurts even more when it is on your home field.

I do think this will motivate us to keep getting better each day in practice.

We have a great opportunity to compete versus a top 20 opponent in Roanoke this Saturday, so I expect us to come out with a ton of energy.

One loss does not ruin our season, and with it only being week 2 we have tons of time to improve.”

Pittroff also talked about the team’s

“Our goal as a team is to win championships both within the conference and at the national level. Personally, I want to do whatever I can on a daily basis to make this happen for the team.

I think motivating each other to play at the highest level will be crucial to our success going forward.”

Denison men’s lacrosse will take on fifteenth ranked Roanoke on the road on Saturday, March 2.