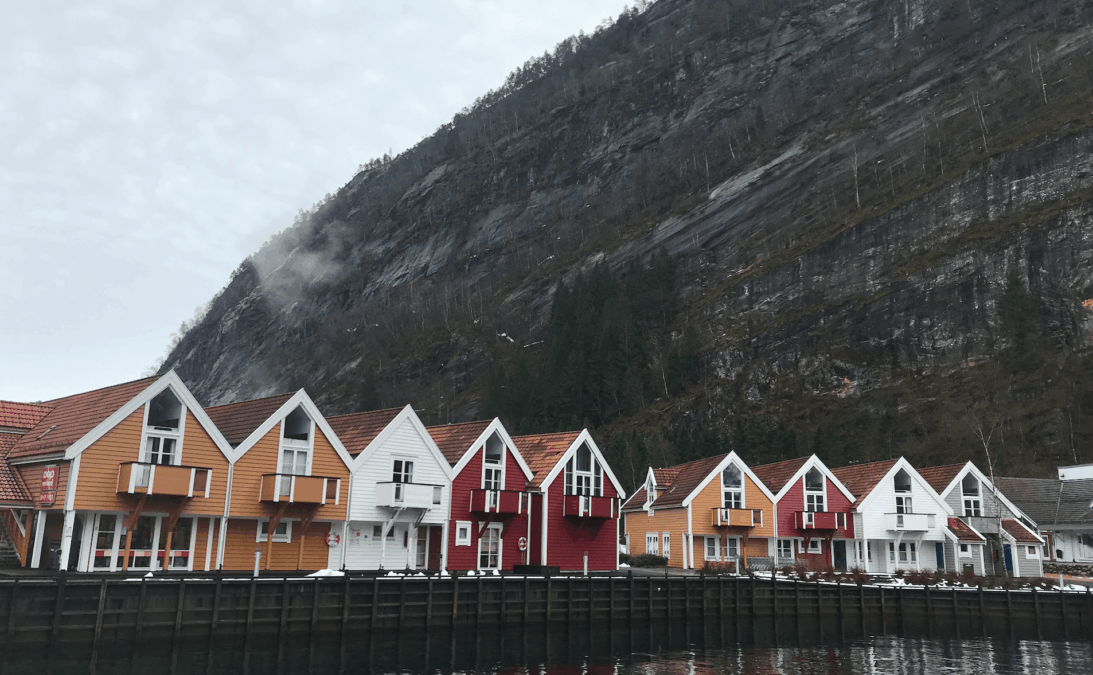 When I first arrived in Oslo, Norway, I was by entirely by myself for the first time and cold (so, so cold), but so excited. There’s a constant bounce between fear and excitement with going abroad. Each minute, hour and day is met with new emotions and before you can even stop to process them, they’re changing again.

After four full months, that feeling of emotions constantly shifting between excitement and sometimes homesickness and fear hasn’t stopped. It’s like an always-exciting game of pinball.

The first thing that surprised me when I arrived in Norway was the shift in attitude. At Denison, or any other place in my life, there is a comradery in complaining. If there is nothing to talk about, at least you can trash the weather or bond over how stressed out you are. On my second day in Oslo, I heard a saying that I have now heard countless times: “There is no such thing as bad weather, just bad clothing.”

This saying applies to everything. The outlook on the world is spun by positivity and the choice to make things better, and almost everyone chooses to do so. On Sundays, all the grocery stores in the city close. This shocked me. There are 600,000 people in the city who rely on the option to pick up milk if they need it on a Sunday, or so I thought. At first it felt like a huge inconvenience until I just realized to just do my grocery shopping the day before.

What this shut down does allows for is a day that everyone can rest. I would walk by the lake near my apartment when it was twenty degrees out and see hundreds of families in their snowsuits enjoying makeshift barbecues and skiing. Rather than stay inside all day, everyone takes advantage.

This change in attitude and a new focus of slowness is something I’ve never felt in my life. The seemingly constant competitiveness that I’ve been so familiar with for what feels like forever, doesn’t exist in in the same way.

I never thought of competitiveness as a solely American thing until I did and it became so obvious. In Norway, I have yet to experience people who casually mention that they didn’t sleep the night before because they were so busy working. The mentality of working yourself to the bone to prove something doesn’t carry the same weight as it does in the US. This is not to say that there’s no hard work, just that the attitude towards work feels so much different.

These different approaches to simple things are the lessons that have had the most effect on my abroad experience. From observing how people interact with each other on the subway, to how their perceptions of the US are shaped by Netflix shows, or how different cultures approach eating.

I’ve been in Norway for over four months now. As with everything, as soon as you just get settled in — you have to leave. I’ve always felt this way about classes at Denison as well. I’m so grateful for this chapter in my college life and would encourage everyone to try and go abroad if they can because it is so challenging but so worth it.