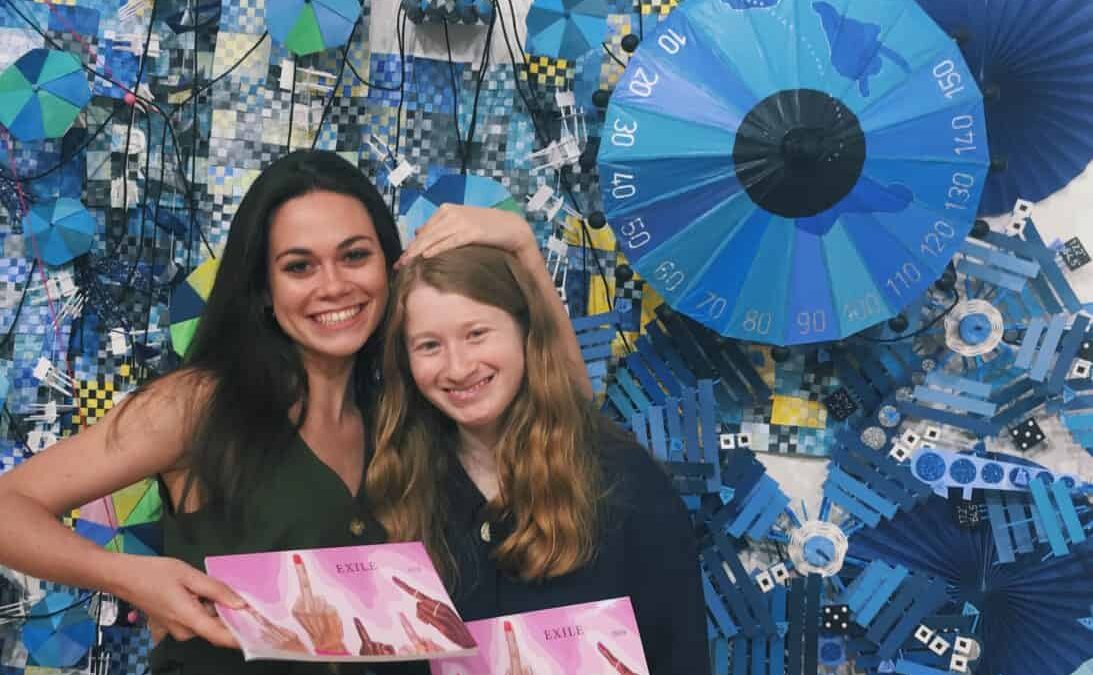 Exile, Denison’s literary and art magazine, has released with submissions from the 2018-19 academic year. The release party for the publication was held on April 19 at the Denison Museum, located in the Eisner Center for Performing Arts. The magazine was founded in 1955 through the English department faculty who wanted to share student work with the campus community in magazine format.

Since then, the magazine has published once a year at the end of spring semester with student art and literary submissions. Submissions for the magazine are decided by a team of student editors who filter over the material for each genre. Editors-in-chief for Exile’s 2018-19 were Savannah Delgross ‘19 and Molly Keisman ‘19. Prose editors included: Mary Clare Edwards ‘21, Riley Halpern ’22, Juliet Herwitz ‘22, Jessica Leeds Richman ‘20, Kalani Rose ‘20 and Sarah Wilson ‘20. Poetry editors included: Issac Andrews ‘20, Hannah Bjorkman ‘22, Tuesday Carson ‘21, Jessica Crabtree ‘22, Bethany Garrison ‘19, Lauren Kessler ‘21, Casey Land ‘22, Diana Muha ‘19 and Isabel Ostrowski ‘22. Peter Grandbois, an associate professor of English, is the faculty advisor for the publication.

“It’s an honor to be the faculty advisor for Exile. At sixty-four years, it’s one of the oldest undergraduate literary magazines in the country, and we take that legacy seriously. I”m very proud of the attention and care the editors brought to this year’s issue. It’s the best yet! In a year where we’ve faced adversity both within the Denison community and without, the fact that so many Denison students took the time to create something of such beauty and power represents quite an extraordinary artistic and empathetic response back to these difficult times,” says Grandbois.

During the Exile release party, Sam Rice ‘19, Sophia Menconi ‘20, Diana Muha ‘19, Mara Kilgore ‘19 and Liz Anastasiadis ‘21 read aloud samples from their published submissions to those who attended the release party.

Every year, a student art submission is placed as the cover of the magazine. This year, it included a provocative cover titled “Femme Fingers” painted by Priscilla Sullivan ‘19. The art, as quoted in the publication, “was inspired by a piece of imagery expressed in the music video for Janelle Monae’s song, ‘Pynk’ in the wake of the #MeToo movement.”

“Molly and I are proud of the risks we took. We chose provocative art for the cover, expanded the genres of writing, and devoted more pages to photography than we’ve seen in previous issues of the magazine,” says Delgross.

In addition to poetry, fiction, feature stories and artwork that had been included in previous editions, the magazine implemented new genres to the publication including narrative journalism and creative nonfiction.

“We were really happy with the submissions this year. They were so intimate and vulnerable. We worked hard to honor them by organizing everything so that the pieces complement each other,” says Keisman.

The magazine was put together throughout the course of the year with the contribution of a large majority of students in the English department.

“Designing the magazine was very time-consuming and meticulous but also fun. It felt good to put it out into the world,” says Delgross.

The magazine is printed in mass and free copies are distributed around campus for students, staff, faculty, families and visitors to take. Copies of Exile can generally be found on the third floor of Barney Davis Hall on the community bookshelf, throughout the building near the front entrance, near the coffee maker at the narrative journalism nook and in the Barney library. Make sure to pick up a copy of the publication before the end of the academic year.

Coco Loupe, Molly Shanahan ’90 and others to visit this fall