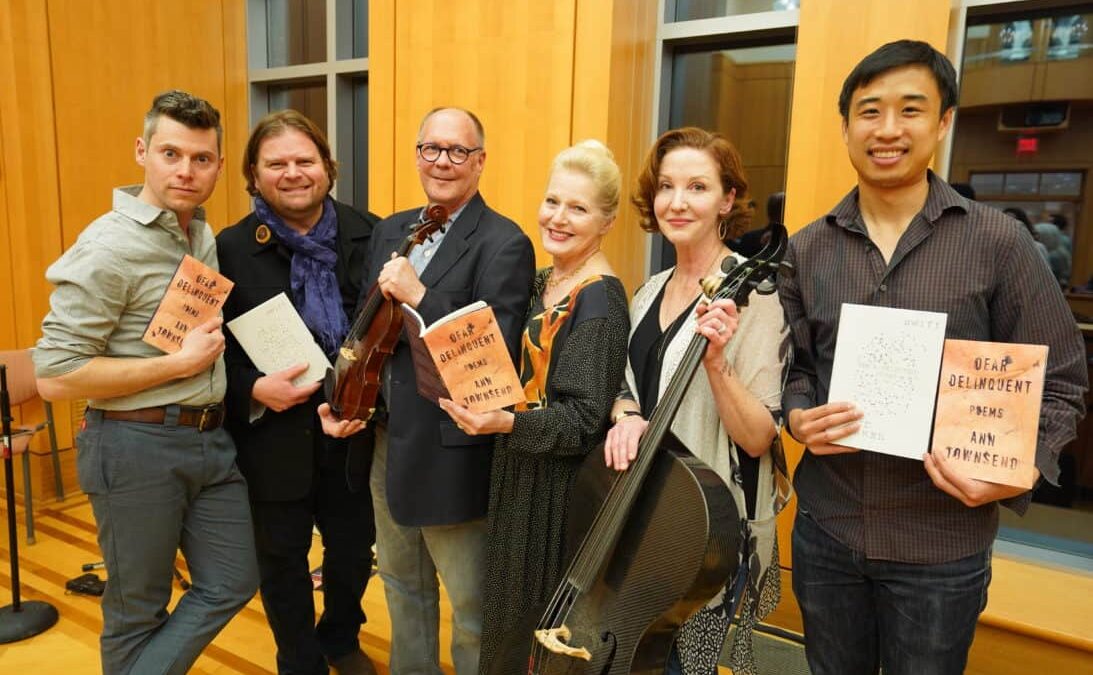 The string quartet ETHEL, Denison’s in-house ensemble, demonstrated that at the final entry in the Beck Series this past Monday. This installment of the series, which brings authors and poets to campus, featured two of Denison’s own; professors David Baker and Ann Townsend.

ETHEL played their instrumental music during the opening, closing, and the intermission of the hour-long gathering, while also occasionally offering musical accompaniment for the poetry readings themselves. Of course, to imply the music was the only memorable part of the evening would be a disservice to the poetry and its authors.

Just before the readings began, English department chair Dr. Fred Porcheddu delivered an introductory speech, detailing his friendships with both professors, including his knowledge of them as writers. However, even if you had walked into the reading late and missed the  speech, you would still be able to tell that both authors are experienced and have used that long experience to refine their skills as writers.

Every poem they read from their respective collections contained passages that were immediately striking. Just as significantly, they demonstrated the wide swath of inspiration from which poetry can spawn, and that meaningful poetry can arise from unexpected places. Of the poems Dr. Townsend chose to read one, A United Berlin, arose from her experiences in divided cities, while another, The Spring To Life, came about as a result of her seeing a particularly ugly painting in a hotel bathroom.

One of Dr. Baker’s poems, Checkpoint, was a mix in this regard; initially seeming to be a story about the migration of birds, it progresses into a more politically charged text, about the hurdles people face when attempting to immigrate from disadvantaged countries. Sharpening the impact of the poems was the readings themselves; Dr. Townsend’s often staccato recitation meant each word left its mark, while Dr. Baker’s delivery alternated between soothing and commanding, but always enchanting.

Dr. Baker talked about what drives him as a writer:  “I don’t wait for inspiration, I just do my work. Some days I’m quiet, some days I write, some days I erase.” Fittingly given ETHEL’s role in the event, he also explained the role music plays in his writing process. “It’s often a musical phrase or a tone that starts a poem rather than a story or a phrase of language that has a musical intonation, and I begin to think what chords would fit in, or what melody is that.”

While this may be the final Beck event of this semester, the series will resume once we all return to campus come August.

Once that happens, be sure to check out at least one of their events to get a firsthand experience with the literary talents that the series brings to Denison.