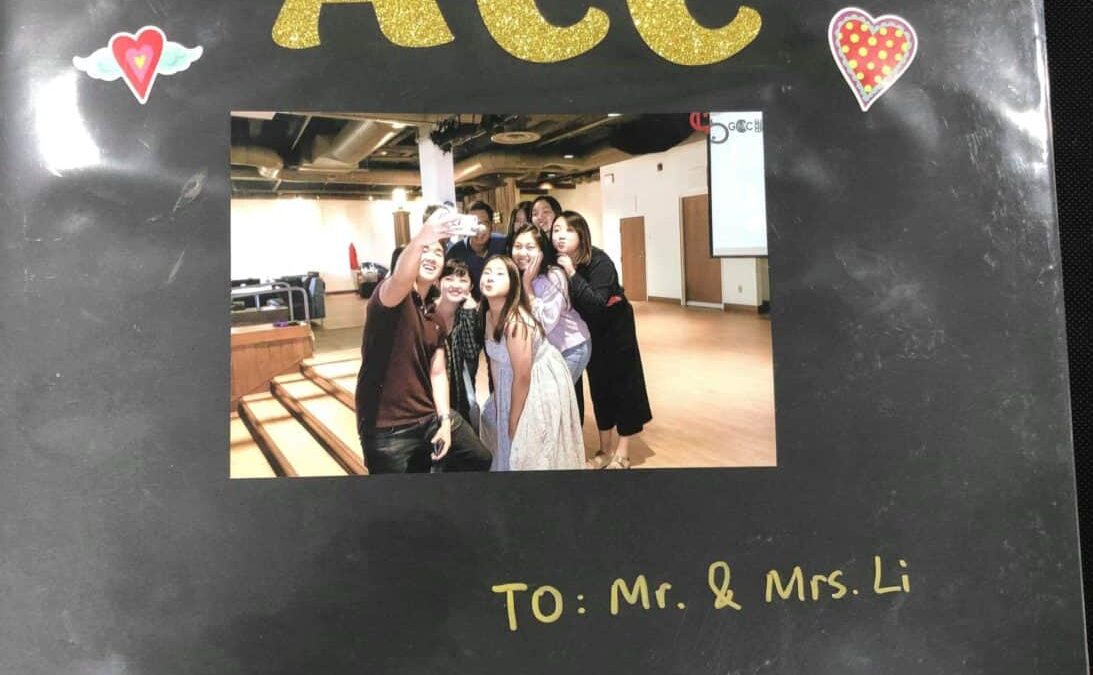 ALINA PANEK — On Wednesday, March 13, the staff of International Student Services (ISS) called the community to convene with friends and faculty over dinner in the Curtis Provost room. There were about 75 students, faculty and staff in attendance.

“Mainly just so we can just be together be in the same place, be with friends, family and community as we’re going through the grieving process so that we’re not alone in dealing with that,” Chad Buckwater, Interim Program Manager of ISS, said.

Marilyn Andrew, Director of ISS, said that the dinner was inspired during her time of reflection.

“The helplessness you feel [during grief you think] ‘what can I do to help?,’” Andrew said. “For me, I immediately think of what it means for family to hear from friends, to hear from people who knew Tianyue. It gives somebody something to do. I thought immediately to bringing paper to ask people to ask if they felt inclined to share a note with her family. People came in every day all week and wrote. Students came in and translated the notes in English to Mandarin. A lot of people came in to help and translate.”

On Wednesday, President Adam Weinberg announced that classes for the rest of the week are cancelled. For the ISS office, these were long days.

“The Whisler Center for Student Wellness was amazing,” Buckwater said. “They had counselors available around the clock. Wednesday, Thursday, Friday, we opened the office. We had food.” Bon Appetit and other student, faculty and staff members dropped off coffee, tea and a variety of food. “We had wellness activities. Anyone who wanted to stop by and chat or eat with us. We had a steady stream of students. On Friday, Darlene Compton, Associate Director of Counseling Services, had invited a Mandarin speaking counselor from Ohio State. She met with students throughout the afternoon.”

During these open office hours, ISS staff was not the only people checking on others. Students often stepped in to check on Andrew, Buckwater, and Dorota Kendrick, Immigration Data Management Administrator in Burton Morgan Center 417.

“They [students] let us know that [they care and appreciate the things that we do for them] which is really nice,” Andrew said. “ It really helps so much that all through this time students have stopped in to see how we’re doing. We’re used to always checking on them. It’s been really helpful. It lifted us up.”

Tianyue was heavily involved with ACC (Asian Culture Club) and was elected Public Relations chair for this academic year.

“ACC went online and printed photos [of Tianyue],” Andrew said. “They wrote notes in both English and Mandarin. With these wonderful photos, I actually had to opportunity to go through that album with her parents. Her mom showed me that many of the photos Tianyue had shared with her parents. It meant so much to them to receive this large package of notes.”

During time of reflection, other Denison offices have realized during their time of grieving that while at Denison reflection is highly valued, it is not observed as often as it should be.

“The pace of life in general doesn’t allow us a chance to think about what can we do to support each other on a given day,” Andrew said. “Denison offered a lunch over break and sixty something people signed up. The First Year Office said they should be doing this every year. We have so many students who don’t go anywhere. We offer shopping trips and we do what we can. As a campus community we can do more. It’s kind of shined a light on that. If everyone does a little something, it’s not a burden. We get into that mode we just do what we do. It’s hard to ask other offices what can you do for us. Everyone here is working hard.”

During the days before spring break, many faculty and staff stepped up so that ISS could focus on the grieving students. Dean of Students Bill Fox helped coordinate all details for her parents. Julie Tucker, Vice President of Student Development, helped ISS with the flood of emails that they received offering to help out by putting on events which resulted in diverse wellness programming. Professors Catherine Stuer and Xinda Lian were faculty who helped translate when Mr.and Mrs. Li came to campus. “They spent countless hours translating for Mr. and Mrs. Li during the week they were in Granville,” Andrew said. “There is no way to adequately thank them for the care and compassion they showed for Tianyue’s parents.” ISS is also grateful for the flood of students who came to translate the notes written to her parents.

A letter to Tianyue’s parents