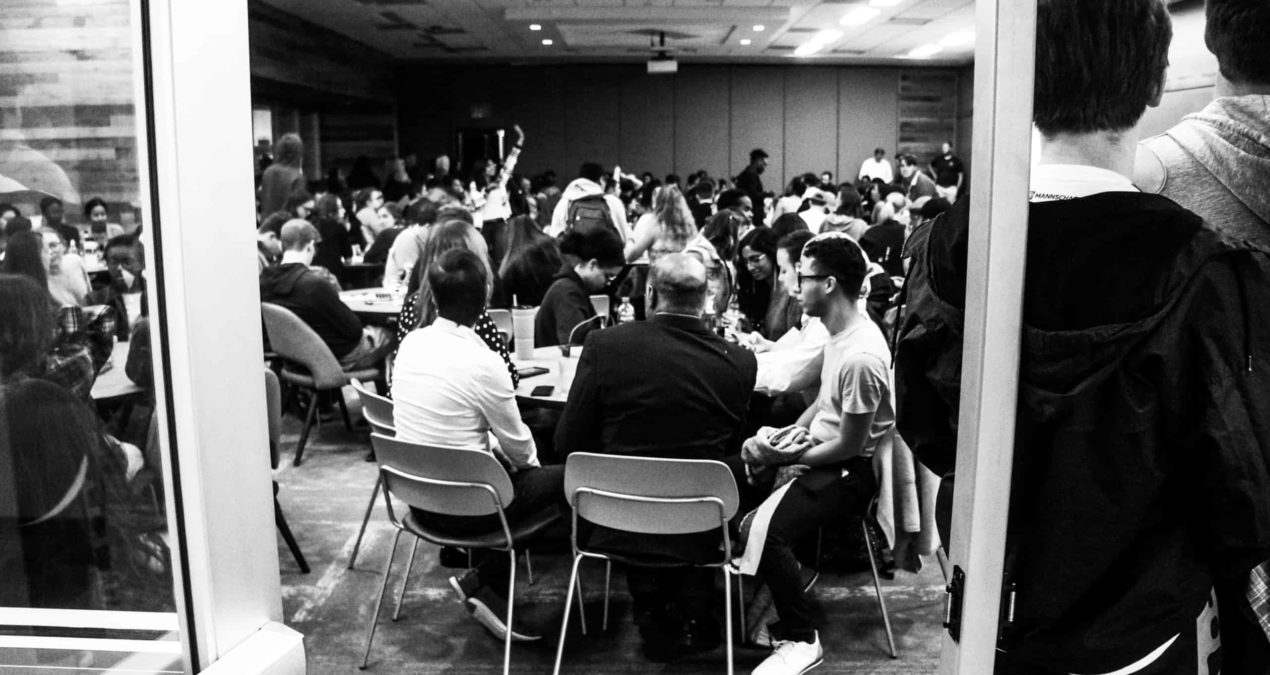 SHANTI BASU, Photo Editor — The Denison Campus Governance Association (DCGA) is an annual body of 40 students “elected by their peers to represent the student voice in the life of the college.” Founded in 1947, the association was intended as an improvement upon the previous system of student government.

As it stands today, the DCGA may be joined by any Denison student enrolled in one or more credit hours. To become a senator, one must either be elected each year by their class or be appointed to represent an organization to which they belong. Within DCGA, various committees form largely through personal preference, though some roles require internal election as dictated by the group’s constitution. All senators must sit on at least one committee.

The group meets as a whole weekly to deliberate on issues directly pertaining to campus culture. In recent years, the DCGA has “…designed and implemented Denison’s Code of Academic Integrity, which upholds a culture of intellectual honesty, and the Party Registration System, which advocates a safe and respectful social environment.”

While the group does not report directly to anyone specific leading the university, members of the DCGA often work with the administration to take on smaller projects aimed at improving “…academic and operational concerns,” and offers recommendations regarding student policy. When the DCGA passes a resolution, it then goes to the relevant administrative division or office to which it pertains. Perhaps most importantly, however, members of DCGA also “…meticulously allocate an annual budget of roughly $900,000 among more than 170 student organizations” (denison.edu).

On April 16th, the 2019 DCGA senators met for what was thought to be the last time, to vote on the student budget for the 2019-20 school year. At this meeting, during a period of constructive dialogue, several allegations were aired regarding the ethics and biases of members of the DCGA finance committee. Due to the upsetting nature of these claims, no agenda items were dealt with following the ‘constructive dialogue’ portion of the meeting when the allegations against members of the finance were made. The budget remained undecided.

A few days later on Thursday, April 25, during a presidential debate between the three students hoping to hold the position during the upcoming year, several remarks made by candidate Atticus Daniels ‘20 were interpreted at several points as victim blaming.

More information can be found linked at the end of the photo essay from previous articles on the issue from The Denisonian and The Bullsheet.

The following photos recount the chain of events during and before the four and a half hour DCGA meeting on April 30, 2019:

Photos and text by Shanti Basu.

The Bullsheet: Email exchange between Atticus Daniels ‘20 and Sexual Harassment & Assault Resources & Education (SHARE) President Elena Meth ‘19 on Friday 4/26 talked about a different issue regarding sexual respect. The following issues including 4/29 and 4/30 to 5/3 are regarding the DCGA Budget Appeals and #OccupyDenison.

DCGA elections cause debate, controversy and accusations by Liz Anastasiadis ‘21 and Joey Semel ‘21

Pause and reflect by Tima Kaba ‘19

Underground organization under question after Pittsburgh incident by Liz Anastasiadis ‘21