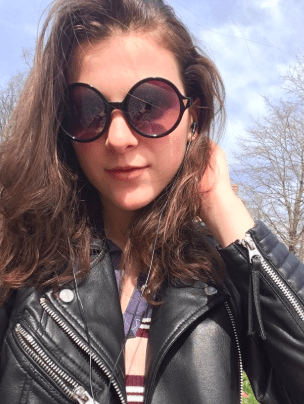 Success: A tempting but detrimental aim

by Marina Gentilcore
No Comments

As I was looking through the Denison University official webpage, I came across a page titled “What we do: Student Outcomes.” The page seems to be focused on all of the ways in which students have used a Denison education to their advantage. There is even a book titled “Student Development Outcomes,” which outlines all of these experiences. A quote from President Weinberg on the top of the page stood out to me: “This institution is producing whole human beings, the kind of people the world needs and the kind of people who will be successful, in their personal, professional and civic lives.”

The word choice in this statement troubles me. It reminds me of something someone said at the student-prompted forum [on Monday, May 6] at the Denison Reese-Shackelford Common. They pointed out how our school is increasingly valuing students for their output and productivity, rather than on who they are. The word “success” gets muddled up in all of this, and its meaning is even less clear. The words in Weinberg’s statement which particularly stand out to me are that Denison is “producing whole human beings.” As if people are not whole, to begin with, and that going to school here will shape them into someone who fits a very certain model. I believe this is a very detrimental mindset to have, not just at Denison or at any other University, but for viewing life in general.

These words, although well-intentioned I’m sure, subliminally send the message that people are not good enough as they are. Success means different things to different people, but to me, it means being happy. Sadly, I don’t think happiness is what most people think of when they think of success. I think the drive to “succeed,” whatever that means, is not what we should be focusing on. This is especially true when we consider the number of college students struggling with mental health issues and are not getting the help they need. Or the fact that people have withdrawn from the university or just generally feel unsafe on campus.

Although success is touted here as the golden outcome everyone should be striving for, I do not believe that a liberal arts education is the only way to be successful. I also think there is a lot of confusion and struggle that happens when people feel that if they cannot be successful here at Denison, they won’t be successful after graduation. As someone who has considered withdrawal from the University, I wish there was more support for those who seek an alternate path to their own success and happiness because there doesn’t seem to be much here now. And that’s a problem.