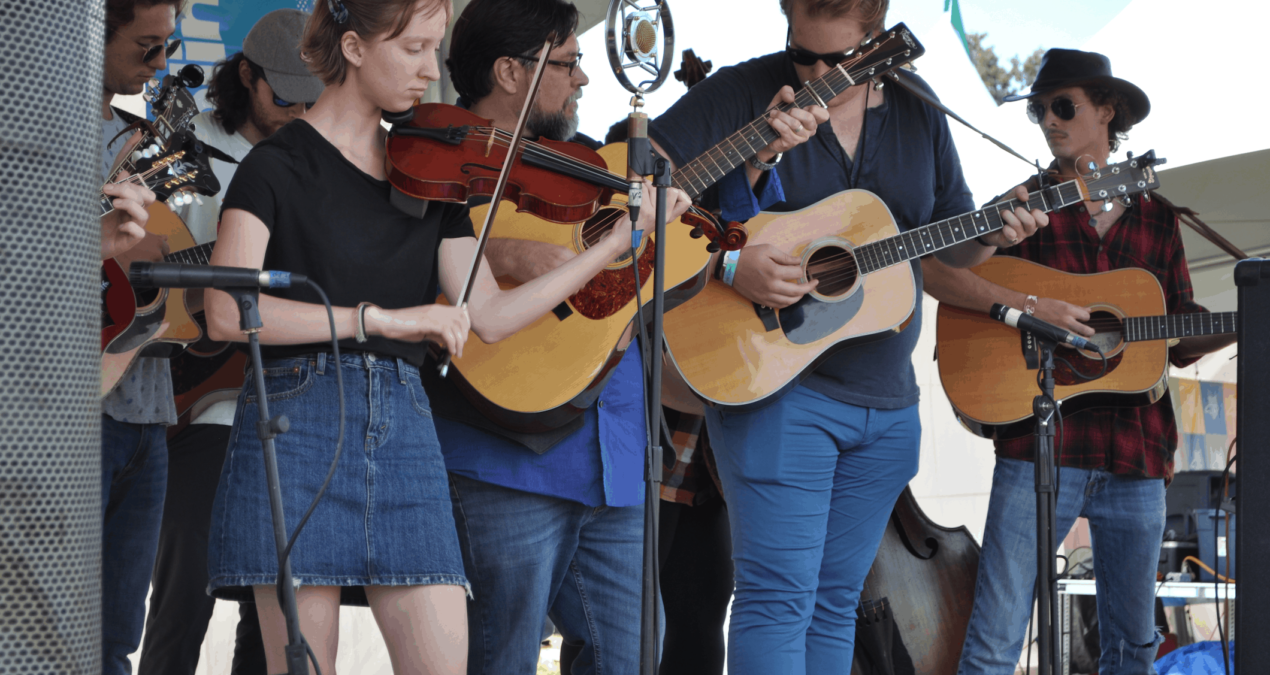 EB BORDOW, Special to The Denisonian — Bluegrass isn’t only a Denison tradition.

The Denison Bluegrass Ensemble played two sets at the “Ohiolina Music Festival” on Saturday, September 21. A three-day long event that’s meant to provide a family-friendly environment to enjoy music, Ohiolina took place in Granville’s own Infirmary Mound Park. The festival’s first performance featured the entire ensemble and the second featured a smaller, more intimate group of musicians. The Bluegrass Ensemble may perform five or more times in a typical school year, but students especially enjoyed “Ohiolina’s” environment and opportunities to meet and interact with other bluegrass musicians.

Billy Hoffmann ‘20, a guitarist and vocalist, describes meeting musicians and learning about their processes as particularly engaging. “[The bands] had us play along with them, and taught us a couple of their songs. It was cool to see how they arranged songs organically, and just fiddled with things until they worked out.”

The festival itself took place over three days, with a gospel group finishing off the performances on the morning of September 22. The family-friendly event was headlined by Cedric Burnside, a blues drummer and guitarist from Mississippi, on the night of Friday the 19th, and “The Dip,” a Seattle-based folk band, on the night of the 21. Saturdays early rain kept visitors mostly at bay, but the afternoon sun blazed and the festival continued on schedule, drawing more and more visitors as the day went on. “Ohiolina” featured many Ohio bands, adding local flair to a fun lineup that kept the crowd tapping their feet.

Hoffman says it was a bit of a struggle to fit everyone on the stage. “We made it [the stage] work, no one fell off. I think we sounded pretty good in the end,” says Hoffman.

The ensemble played a host of bluegrass songs, covering the works of “The Stanley Brothers,” “Jerry Garcia,” and more.

Featured singers took the front of the stage, introducing their songs and leading the band through the piece. The crowd was thoroughly impressed with the performances, as the ensemble was greeted with happy faces and loud cheers after their final piece.

“There was beautiful scenery,” Hoffmann says. “We were all glad to be there. It was a good concert for the start of the year, and we’re all looking forward to continuing playing with each other.”

Haunted Lambda provides the spooks and the scares