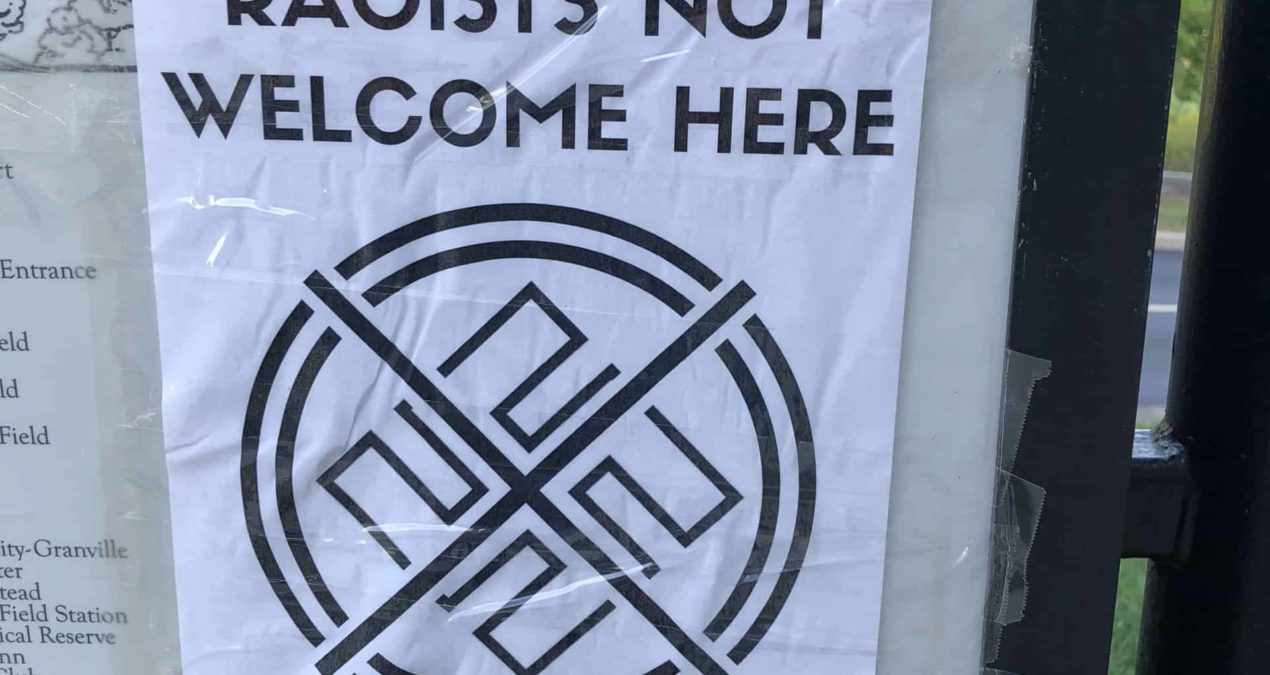 A resurgence of C3 organization poster vandalism calls for action

SOPHIA BELLONE, Features Editor— After University President Adam Weinberg sent out a personal memo to all Denison students expressing his anger toward recent poster vandalization, a camera was installed near the posters that were torn down.

“I want to be clear and blunt. This act is not aligned with our values,” says Weinberg in the email sent out to all students on the afternoon of Friday, September 20. “It is not welcomed at Denison. If the person doing it thinks it is funny – it is not. If they think it is harmless – it is not. It is small-minded. It is hurtful. It is hateful. As president, this act angers me.”

This vandalism specifically targets the posters advertising events sponsored by C3 organizations such as the Black Student Union (BSU) and Outlook, Denison’s Queer-Straight alliance group. There are two instances in particular that prompted Weinberg’s email: one that occurred during the early hours of Tuesday morning involving a BSU poster for office hours and another on Thursday morning with an Outlook General body meeting poster.

“It communicates to us that we aren’t welcome on this campus,” says Lariona Jacobs ‘20, head of Denison’s BSU. “It’s obviously an act of racism and these aren’t isolated events.”

Acts of poster vandalism came to light last Spring, when members of the Black Student Union (BSU), Sigma Lambda Gamma National Sorority Inc. and the Muslim Student Association (MSA) took to the Denison University Student Body Facebook Group to express their frustrations due to the vandalism being done to posters advertising for their events. The Denisonian covered what began as one or two instances of vandalism, quickly grew into a trend – with every instance involving a minority-led group on campus.

The vandalism, along with tensions involving the Denison Campus Governance Association (DCGA) finance committee and their admitted biases against funding cross-cultural community (C3) organizations, left some students of color, specifically those belonging to these organizations, feeling out of place on campus.

Jacobs isn’t the only leader on campus to believe that there are overtly racist motivations behind these acts of vandalism.

Sophia Raak ‘20, president of Outlook, says in a statement made on behalf of the organization: “It has been a few years since Outlook has been targeted in this way, but within that time organizations such as BSU and MSA have faced it again and again and even when MSA faced continuous vandalism of their Human Rights Week poster every time they put up a new one, nothing was done.”

In order to ensure that this semester would not be a repeat of the preceding, both Jacobs and Raak held meetings with Bill Fox, Dean of Students and Vice President for Student Development Laurel Kennedy on Tuesday, September 17 and Thursday, September 19, respectively. The objective of these meetings were to discuss possible solutions in order to combat poster vandalism. They decided upon creating a video, an idea that was initially brought up by BSU at the DCGA meeting last Tuesday, that would include Denison students, faculty and staff expressing their solidarity and support of C3 organizations on campus.

“I want everyone to be in it, from different areas of campus. You don’t have to be Black or a person of color,” says Jacobs, who emphasizes the focus on positivity and unity BSU wishes to maintain moving forward.

According to Dean Fox, the filming and production for the video is already underway. It is supposed to be placed on Denison’s website shortly after.

Also at the DCGA meeting, it was announced by Dr. Laurel Kennedy, Vice President of Student Development, that a camera would be placed inside the Slayter elevator. As of Friday, there is now a camera situated in the northwest corner of the elevator.

“Though C3 [organizations] supported each other [last semester], we found little more than pretty words outside of that group. It is frustrating that now that Outlook has been targeted, more action is being taken. It should have been done a long time ago” says Raak, in a continued portion of her statement on behalf of Outlook.

There are posters, made and distributed by students, hung up across campus that say: “HATE SPEECH IS NOT WELCOME HERE” and “RACISTS NOT WELCOME HERE. NOT NOW, NOT EVER” with a circle enclosing a swastika and a diagonal line running across its circumference. Messages that were clearly not received by the perpetrator(s) of this targeted vandalism.

As updates on this issue arise, they will be posted onto Campus Climate Watch, which can be found on MyDenison under Campus Resources. The Campus Climate team is comprised of students, faculty and staff that meet monthly to review any reports they have received and alert the Denison community about the incidents that occur on campus.

“It is a reminder for students, faculty and staff [who] might know more information about a particular incident how they can report [it]” says Dean Fox, “we want to make reporting and the steps that come after to be as transparent as possible”.

Any members of the Denison community with information in regard to the identity of the vandal, or vandals, in question are encouraged to reach out to either Dean Fox or student chair of Campus Climate Watch, Jordan Beck ‘20 for further instructions on how to report it.