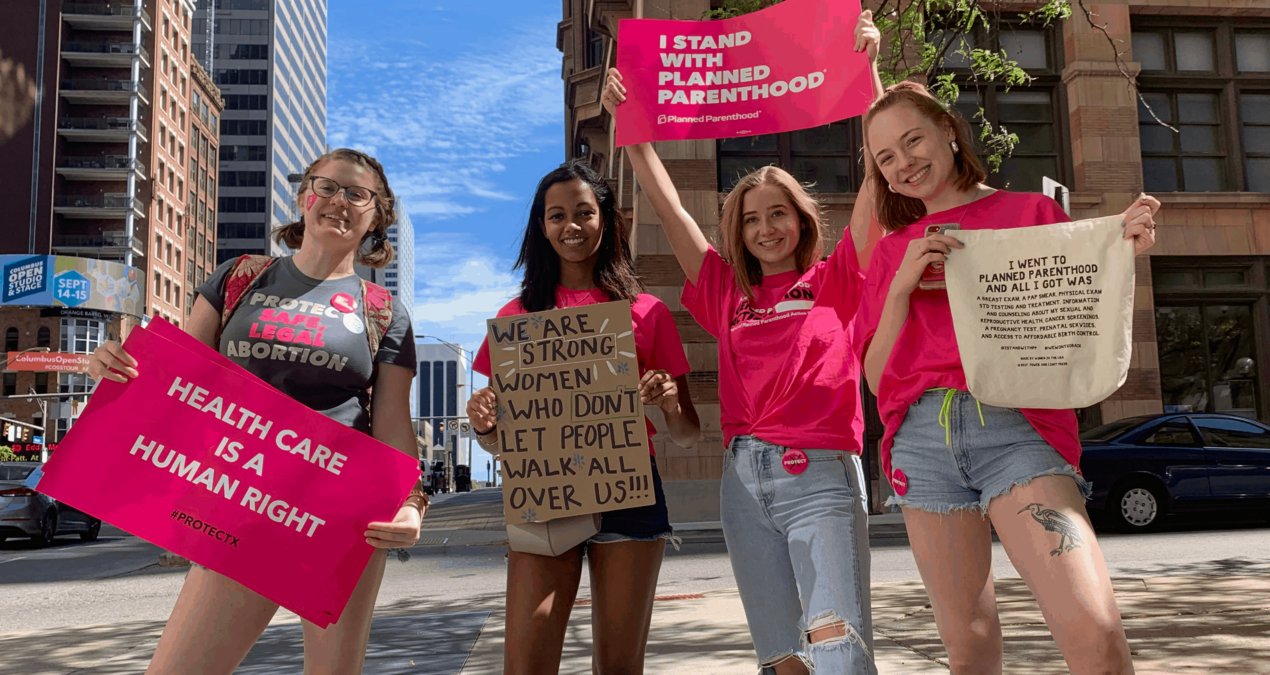 MALINI ADKINS, Staff Writer—The sun was beating down on the morning of Saturday, September 14th. Denisonians for Planned Parenthood (DPP) student advocates traveled down to their first rally at Senator Portman’s Columbus office 37 W Broad St. As soon as the group arrived, there was a certain charged ambiance. But, once the coordinator of the rally allowed speakers of the rally to come forward with their personal stories with Planned Parenthood, that atmosphere became what I can now identify as passion.

Denisonians for Planned Parenthood (DPP) is an advocacy group that was officially launched during fall 2019 at Denison. The group campaigns for reproductive rights and strives to prevent Planned Parenthood from being entirely defunded. Caroline Cary ’20, President of DPP, arranged for DPP to head out to the rally. Caroline wants DPP’s main goals to be mobilizing students to fight for their reproductive rights and ensuring that students are informed about their sexual and reproductive health.

“I wanted Denison students to be able to attend this rally because there are so many people on this campus who are passionate about reproductive rights and are rightfully angry that these are being taken away from people in Ohio and across the country,” Cary said. “But it sometimes can be hard to know how to help or to voice that anger in a productive way. The rally was a great way for students to be able to show that they will not stand for infringement on our reproductive rights.”

Cary states that as long as legislators keep attacking Planned Parenthood and people’s ability to access reproductive healthcare, there will be more rallies for us to attend. President Trump’s attack on Planned Parenthood is designed to block millions of people from care at Planned Parenthood health centers. In the case of Senator Portman, he has voted on legislation aimed at banning abortion, voted to make it harder to access affordable birth control, and voted seven times to defund Planned Parenthood.

“We hope to organize our own rally sometime in the future as well,” Cary confirms.

Multiple people spoke at the rally and talked about their own personal stories and how Planned Parenthood has fundamentally and routinely helped them. These people came from situations that need to rely on public healthcare funding in order to survive.

“It felt gratifying to hear people speak about how Planned Parenthood was instrumental in ensuring they had bright futures,” Cary confessed. “But, at the same time, it was terrifying to think that such stories have not swayed legislators from trying to take away the services that were life-saving for the speakers…we hope to work with Denison to develop a sex education program during Aug-O because many students are likely not receiving adequate information on contraception in high school due to the prevalence of abstinence-only-until-marriage programs.”

If you would like to find a way to support Planned Parenthood, please call Senator Portman’s number at (202) 234-3353 to voice your opinion and follow Denison’s chapter for updates on Instagram @denisonians4pp.