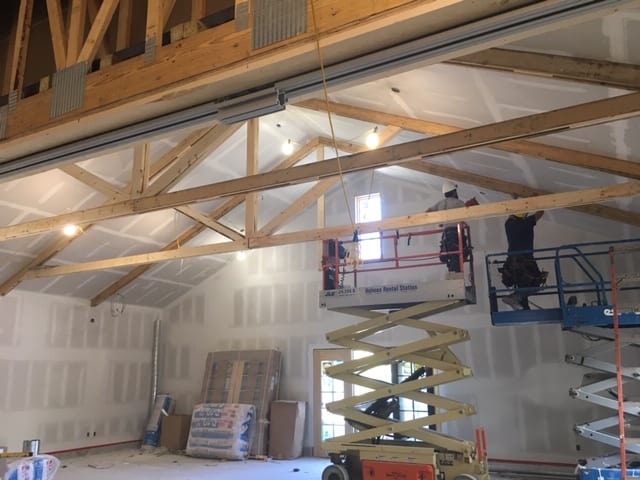 MAX CURTIN, EDITOR-IN-CHIEF — The new social lodges are on schedule with their original estimation to be fully operational by the end of October.

Despite whisperings that the spaces — which have yet to be officially named — are actually ahead of schedule, the administration continues to urge students to stay patient and remain faithful to the original plan. Dr. Laurel Kennedy, Vice President for Student Development, commented on the most up-to-date status of the construction.

“The crews have been working six days a week since May to make this schedule and are hopeful of finishing earlier, but no promises, as some of the finishing steps just cannot be hurried,” said Kennedy.

This creates a six-week period of time where the university guidelines regarding social gatherings have become a popular topic of discussion around campus.

The university’s policy pertaining to the hosting social events no longer permits students or organizations to register individual rooms or apartments for events. Dr. Léna Crain, the Associate Dean of Students, added that “Gatherings of 16 or more people must be hosted in a registerable social space.”

This is all a part of the university’s commitment toward promoting safer, more inclusive residential and social environments on campus.

Jim O’Neill, Chief of Campus Safety, is another member of the administration who has been deeply involved in this heightened focus to protect Denison students. O’Neill echoed Kennedy’s message about having patience during this transition as everyone awaits the unveiling of the new social lodges with great anticipation.

“There are large social spaces available on campus for those wanting to host parties before the social lodges are completed. I encourage everyone to take advantage of these spaces until we can move into the new facility later in the semester. I also would urge students to take advantage of the nice weather and utilize the tents that have been erected,” said O’Neill.

O’Neill and the rest of the Campus Safety staff are perhaps in closer contact with students during this time than any other part of the administration. He adds, “We are aware that not all parties are created equal, and as with most Campus Safety interactions, there is room for discretion. With some advanced notice and some productive dialogue before an event, we may be able to make some reasonable exceptions.”

Kennedy also wants to remind students that it was never possible to have the social spaces up and running ahead of the 2019-2020 school year with the constraints the administration faced with parking.

“The only way we could have had the special spaces open as the year began would have been to take senior parking off-line last March, three-quarters of the way through senior year for the Class of 2019. That class didn’t get to enjoy the benefits of the new spaces, as current students will,” said Kennedy.

Looking ahead to the logistics that will go into the registration of social spaces with the new lodges on-line, Crain highlights key changes that will come into effect based off the student-led conversations conducted in the Red Frame Lab over the past year:

“Host Groups will include door monitors and alcohol servers at a ratio of 1 per 30 guests; in addition to the previously permitted beer and wine, it is also possible to have hard cider, hard seltzer, and other similar single-serving beverages; events in social spaces can now be registered between 24 and 72 hours in advance of an event; to account for large annual events hosted by student organizations, each organization may submit three advance special event requests per semester, as early as the start of each semester, by contacting Brent Smith,” said Crain.

With the opening of the new social lodges just around the corner, Kennedy expressed her gratitude and appreciation for all of those who have remained committed to the task at hand.

“I’m grateful for the imagination and good energy of students who are looking ahead to next month and sharing ideas for how to get the social spaces off to a good start. We have the chance to transform social culture in the ways students have been talking about for several years, and that’s exciting,” said Kennedy.

Mindfulness: From Los Angeles to Denison