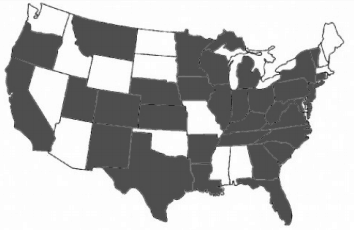 SANAYA ATTARI, Arts & Life Editor Emeritus—Vaping has become increasingly glorified in today’s popular culture, especially amongst high school and college students. While many students are seen taking in their fruit-flavored Juul pods on our own campus, a recent health advisory email from the Medical Director of Whisler comes with a warning of severe pulmonary diseases linked to the use of such e-cigarette products.

People all across the nation are dying from vaping-related lung diseases, with a total of six deaths recorded so far. There have been more than 450 cases of respiratory illnesses possibly linked to the use of e-cigarettes in the United States alone and in Ohio, there have been three confirmed cases of pulmonary illnesses caused by vaping.

For more clarity, Heather Borland, Whisler Health and Wellness Coordinator, explains why e-cigarettes are extremely harmful to students. Borland’s goal is to educate students on looking after their physical and mental health in college and after when they graduate.

“I think part of the problem is that when e-cigarettes first came out, people thought it was a healthy fix to smoking, but there was no research to confirm how harmful it actually was. It seems that vaping is easier than using cigarettes because it tastes like fruit and not smoke, but why would you still do it when you have no idea what these chemicals are doing to your body?” asks Borland.

“Data collected by the American College Health Association has found that the use of e-cigarettes is up, and the reason for this is that students are considering it as a gateway to smoking rather than as help for someone who’s trying to quit,” Borland adds.

Before research successfully verified the ill-effects of cigarettes, many still believed that it was not harmful to smoke on a daily basis. But with more and more people falling victim to respiratory illnesses across the country, it’s time to accept that vaping and e-cigarettes are not to be used as healthy alternatives.

“It’s pathetic how people choose to vape just because they think it’s healthier than smoking, it’s really not. Just because it tastes like fruit doesn’t mean it’s good for you,” says Julia Tallant ’20, an international studies and Spanish double major from Atlanta, Georgia, who actively disapproves of vaping and e-cigarettes.

“Nicotine is nicotine; our gut can handle it but our lungs can’t. It also interferes with cognitive development, as the human brain doesn’t fully develop until we turn 25, so we need to think about that as well,” says Borland. “It’s scary because smoking slowly impacts you, but the effects of vaping seems to be happening a lot quicker. I mean, if people who’ve never smoked are now suddenly being diagnosed with deadly respiratory illnesses, it has to be linked to vaping.”

“Vaping is just as bad as smoking, and it’s unfortunate that it is so fashionable amongst students,” says Sophia Raak ’20, a French and educational studies major from Novi, Michigan, who is also a DCGA class senator.

If students are currently experiencing respiratory problems from vaping, Borland encourages that they contact Whisler immediately. Call (740) 587-6200 to set an appointment at your earliest convenience.