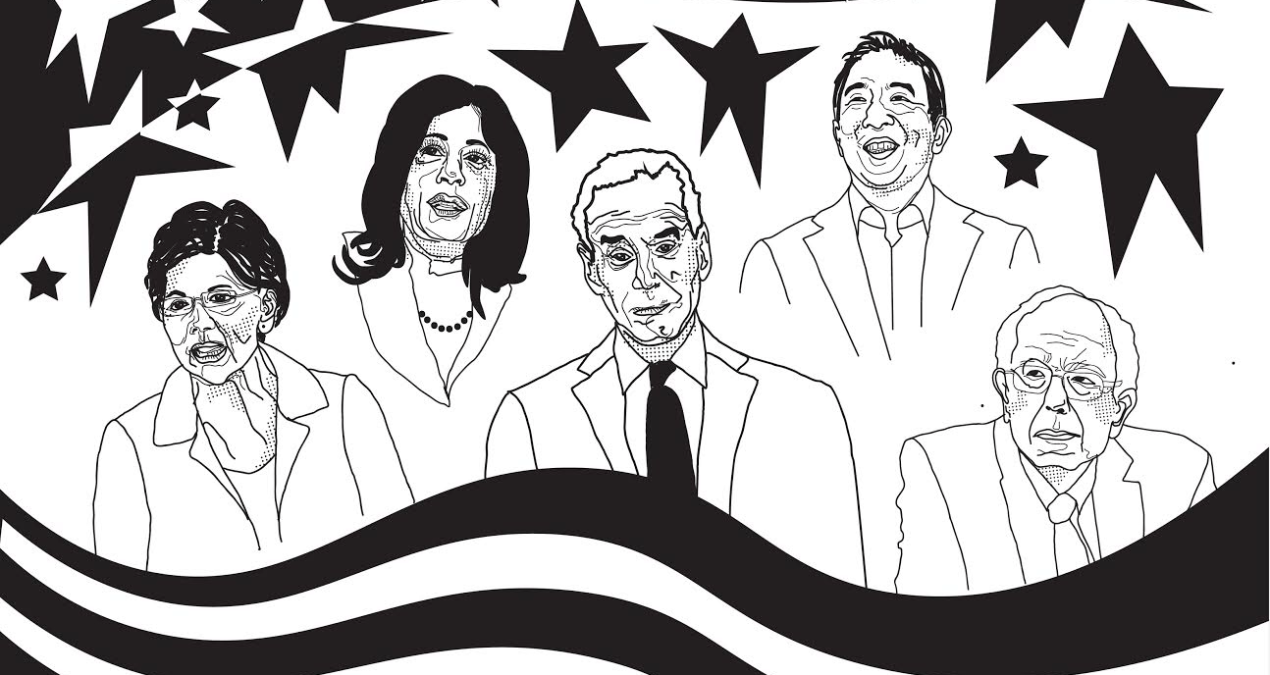 ROHAN ARORA, Special to The Denisonian — With the third primary debate coming up, I think it is really important to take a look at all of the candidates running for President of the United States in 2020.

This piece will focus on the Democratic primary, specifically the candidates who qualified for the third debate.  Spending my summer interning in Washington, D.C. gave me unique insight into the structure of political campaigns, and particularly the presidential primary.

In my personal opinion, this is where the candidates stand, and how they can secure the nomination. I have organized them into tiers based on the likelihood of success.

Tier 1 is Joe Biden, Bernie Sanders and Elizabeth Warren: These are candidates with a really high likelihood of success. Tier 2 is Kamala Harris and Andrew Yang. In my estimation, these candidates pose semi-realistic threats to secure the nomination. Lastly, tier 3 is Cory Booker, Pete Buttigieg, Amy Klobuchar, Beto O’Rourke and Julián Castro: In my opinion, these people have no chance at this stage.

I have strong opinions about all of these candidates, but I will be focusing on the tier 1 candidates and how they can secure the nomination.

At the top of the polls, Biden is very much the system candidate; his path to the nomination isn’t based on action, but inaction. When Biden announced his candidacy, it was almost instantly decided that he was the front-runner and the most “electable” candidate. Since the start of his campaign, Biden has enjoyed a cushy lead in the polls, even after numerous attempts by opponents to discredit him, especially in the second debate. The entirety of Biden’s success relies on him riding the name recognition he has from being Vice President, and more importantly his association with Barack Obama. Anything Biden says or does risks distancing himself further from the person who has basically brought him this far.

Biden’s most formidable threat is Sanders, who has an advantage in name recognition from 2016. Sanders’s revolutionary 2016 presidential campaign put him and his progressive platform at the forefront of the news cycle. Sanders’ Campaign showed that his policies, that then belonged to a fringe group of the Democratic party, were not ‘too radical’ when paired with the right rhetoric. Sanders’ consistency and dedication to upholding policies have always been his strengths. Sanders Effectively changed the party’s priorities despite not winning, and spurred a rise in progressivism culminating in the election of several progressive congressmen/women, most notably being Alexandria Ocasio-Cortez.  This cycle, many of Sanders’s opponents, such as Harris and Warren, have adopted similar policies and seemingly improved upon weak points, such as foreign policy.

Warren is very similar to Sanders in terms of policy, but that is where the similarities end. Where Sanders is loud and angry, Warren comes off as composed and policy-minded. Where Sanders appears out-of-touch, Warren paints herself as in-tune with the needs of America. Warren has hurdles of her own blocking her path to the nomination, including her claim to be Native American. Warren’s path to victory revolves around making the discussion policy-focused and avoiding confrontation about her past. If Warren is nominated, she will not have the same comfort against President Trump, who has shown his willingness to make an election personal if needed.

This debate will offer plenty to analyze and hopefully make the race more interesting. I think it will be an opportunity for the seven other candidates running to shine. Biden, Sanders and Warren have already had the spotlights on them for their entire campaigns, so it makes sense that others would want some newsworthy moments- especially in a smaller candidate pool than previous debates. Regardless, we just have to wait and see what happens on September 12.

DCGA: Think about it, how could we improve?

Beyond the brochure: freshmen expectations