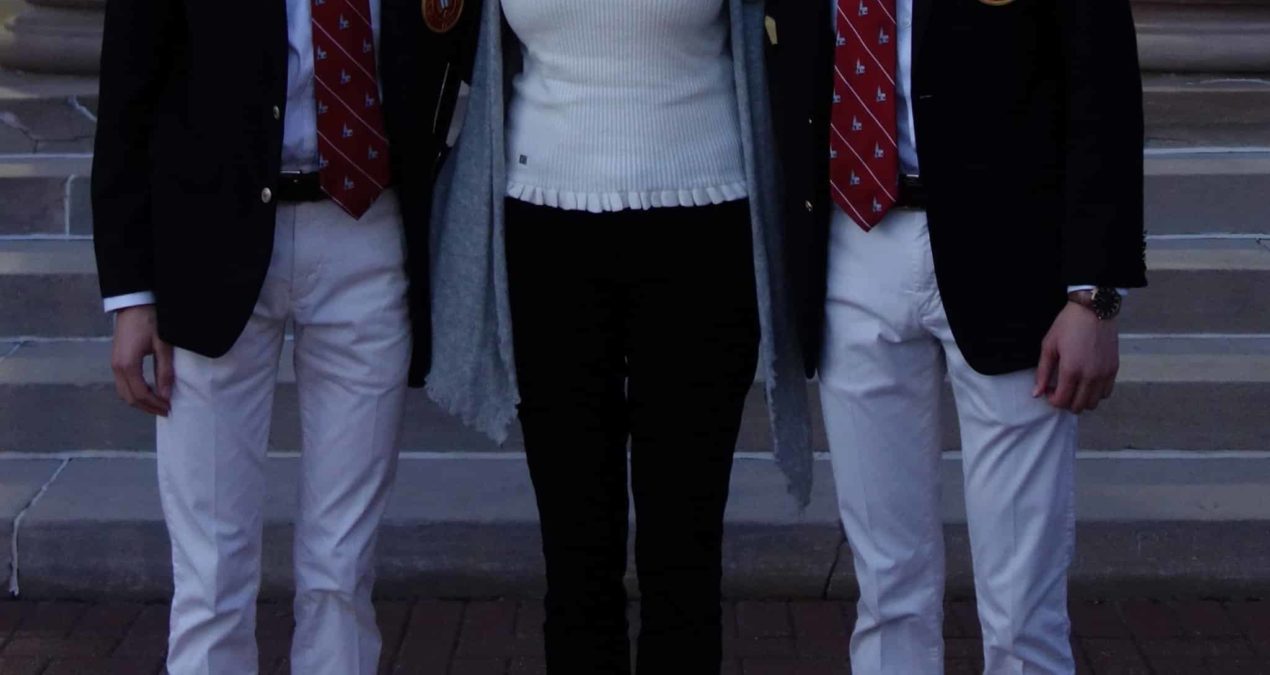 JACK WHITE, Staff Writer—In 2016, Denison University was graced by the presence of two unique, talented and mature young men. They do not ask nor seek for attention, rather, the attention gravitates to them. The same hair, the same smile, the same contagious laugh, and oh yes, that same Michigan charm.

You might know them as “those two Hilltoppers,” “the guys with the curly hair,” and most commonly pegged “the twins.” These men are not a package deal nor unit; they are two individuals that make each other enhanced, happier, and more driven; I’m proud to introduce Harrison and Nicholas DeChant.

Harrison, 20’, is a political science and German double major with a vocal performance minor, while his brother Nicholas, 20’, has the same credentials. They were born and raised in Grand Rapids, Michigan, where family means the world.

When at Catholic Central High School both of these young men were celebrated for who they were. Harrison states how “the football team would take both of us on their shoulders and run us up and down all five flights in our school.” However, when transitioning to Denison, things became more surreal.

Now, it’s safe to say they look the same exteriorly, but interiorly they embody separate personalities. When observing from a spectator’s point of view, Harrison states that “it’s natural for people to struggle and find distinctions between us.” However, Nicholas states how “we embrace and enjoy the recognition from our peers on campus and us being here is very unique.

At the end of the day, everyone still wonders why Harrison and Nicholas do the same things and spend an incredible amount of time with each other. Nicholas simply states that overall, “people appreciate the brotherly relationship they see between us, and in all honesty, it’s what a lot of people want to strive for: having those close relationships with other people.” Meanwhile, Harrison mentioned that, “growing up our mom kept us accountable and held us to the same standards and…being raised by two wonderful parents as charismatic as ours, we are blessed to have latched onto similar interests such as, clothes, food, tennis, history, and music.” Ultimately though, Harrison stresses that “having a partner to work through our passions and struggles with is pretty ideal.”

Four years ago, tragedy struck in the DeChant household. The loving husband of Karen DeChant and the father of Nicholas and Harrison, Mark DeChant, passed away from pancreatic cancer. How did this impact and shape the lives of the men we all know today?

Not having a father for a long time now has been hard, but Nicholas states having the ability to communicate certain experiences with one another has certainly brought them closer. All in all, Harrison explains how at the end of the day they do a majority of the same things; however, “we don’t try to emulate each other, we try and emulate our dad.”