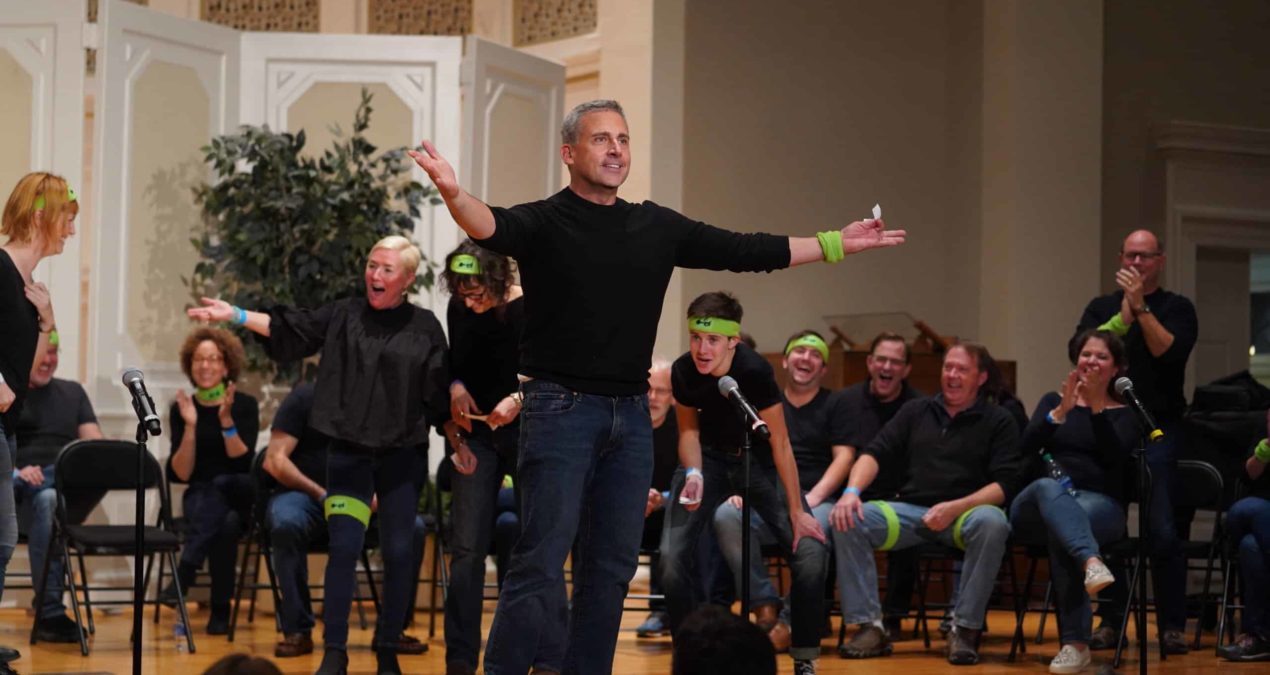 ALINA PANEK, News Editor — The Denison community waited outside the chapel’s towering doors in huddles braving the falling temperatures and the brisk wind like penguins in the snow. The Burpee’s Seedy Theatrical Company, a student improvisation group was celebrating 40 years with a reunion by inviting all of the company’s former members. Each decade was represented in over 50 alumni who returned to the hill for the show. Within the group, unannounced to the public, was the famous actor Steve Carell ’84, a founding member of the Burpee’s.

Theatre professor Kevin Hoggard created the improv group in 1979 when he was chair of the department. While opening the show, he recounted to the crowd of at least 500 people that he began this group before improv was a household name. It all began as an experiment, a way for his students to explore a new concept.

The hour and a half show had performances from nearly every alumni in attendance. A variety of games were played, and several had audience participation. During one game where the MC “Burp” asked for “pithy sayings” for the alumni to read during their scene onstage, Carell picked up a slip that had his famous Office catchphrase, “That’s what she said!” The audience was delighted that Carell read the slip and received a standing ovation at the end of the scene.

The group ended the show with a game that included all of the alumni singing in a chorus. Carell stayed after to take pictures with fans, making many very happy to meet one of their favorite television characters.

Here’s what Russian hackers and textbook publishers have in common