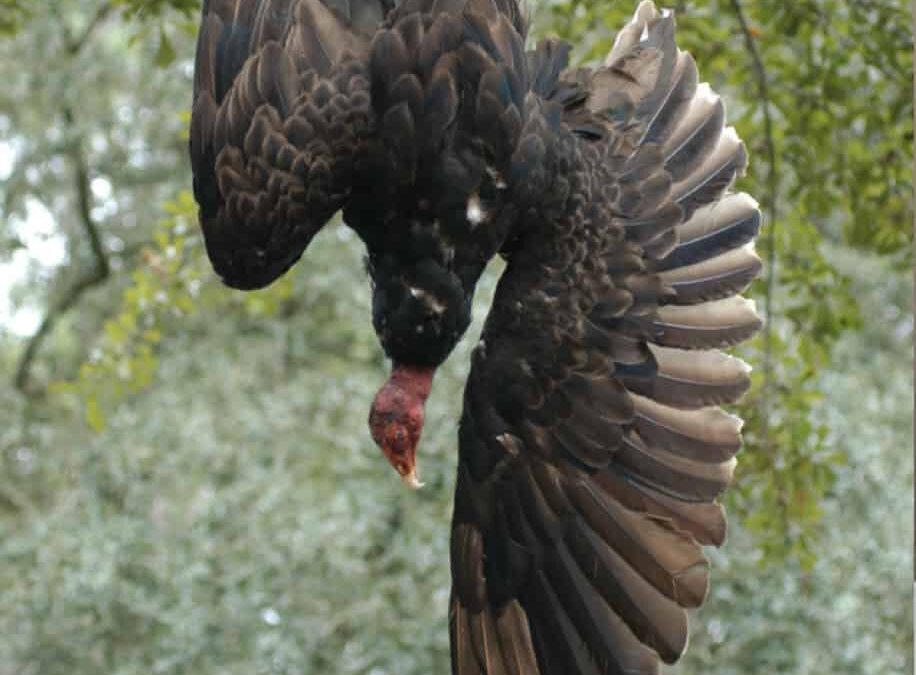 NINA COSDON, Opinion Editor — Running a college is expensive, and Denison is no exception. But financial damage isn’t just caused by first years ripping out the Shorney water fountains, nor is it frat bros chucking beer bottles off of the Beach. One of Denison’s greatest financial liabilities is its buzzards.

The vultures are a common sight around campus, and the school has even invested in a “Buzzy” the Buzzard mascot costume. These menacing birds gather on rooftops, around trash cans, and in the middle of roads. However, in addition to unnerving students and visitors, the vultures have become an expensive problem.

In March 2018, Facilities Services sent an email to students and staff to express just how serious of a problem the vultures had become. In that year alone, the birds caused an estimated $100,000 worth of damage to campus. The vultures tend to frequent the roofs of various Denison buildings, so their pecking at shingles and other features can cause damages and malfunctions, and their droppings near air conditioning or heating vents can be hazardous to human health.

Denison has implemented physical barriers, hung effigies, and shot off pyrotechnics to encourage the birds to relocate. However, all of these were implemented well over a year ago, and there are still plenty of vultures around campus. Are the removal efforts working?

Art Chonko, the Director of Facilities Services, explained that while the number of year-round vultures has decreased, the problem has become discouraging migrating vultures from sticking around campus. These are birds looking for a place to roost for the winter, and Chonko fears that “If they find conditions to their liking they could stay around, something we want to try to stop.”

The black vultures and turkey vultures seen around campus are designated protected species by the United States Department of Agriculture, and as such, Denison has limited options to get rid of them. Chonko says that the plan for removal has been in the works for the past five years, and added that the USDA has paid two visits to Denison to advise on the best methods to peaceably relocate the buzzards.

As expressed in their email, the school has begun employing various tactics to dissuade the birds from nesting on campus. This includes hanging dummy birds upside down around campus to scare the vultures away. The “effigies” are actually dead vultures that have been preserved through taxidermy. Vultures are very intelligent, and the dummies signify that this isn’t a safe place to nest.

Denison has also placed netting, spikes, and other physical barriers around campus to prevent the birds from landing. However, the most infamous vulture removal procedure is the shooting of the pyrotechnics. Those who frequent campus in the early evening can expect to hear a fairly loud noise, similar to a gunshot or firework. The pyrotechnics are non harmful, but the series of startling sounds are designed to scare the vultures into leaving campus. Chonko reported that before shooting off the pyrotechnics, the school alerts campus safety and the Granville police department, as well as several local neighbors who have requested notification.

The purpose is to scare away the vultures without harming them, and according to Chonko, no birds have been harmed by any of Denison’s removal efforts. Any deceased buzzards found on or near campus have died of natural causes.

What’s next in the master plan to ward off Denison’s buzzards? According to Chonko, the school may start shooting off pyrotechnics more frequently. “Typically, we try to scare them away at roosting time in the evening. We may need to start scaring some of them away during the day too.”

If you happen to be a fan of the vultures, don’t worry– they may not be going anywhere anytime soon.