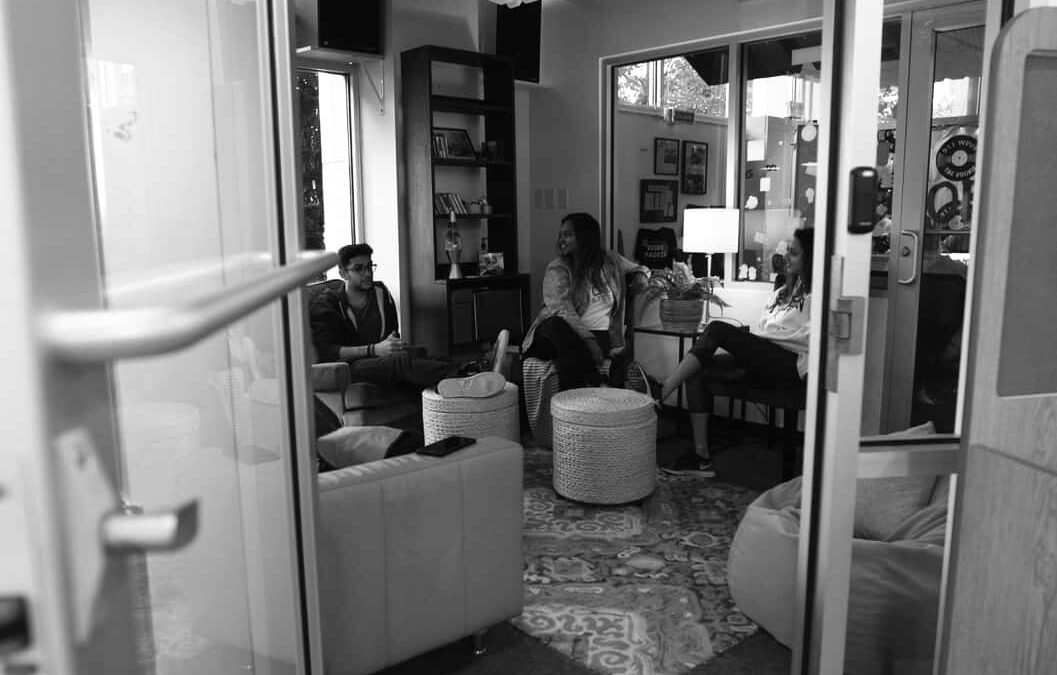 CASEY LAND, Staff Writer—Denison’s beloved radio station has undergone a lot of changes in the past couple of years. The station was recently coined The Doobie, a nickname that caught on from the WDUB initials. Rachel Weaver ‘20, senior station manager and president of the station, has been a part of the radio since she was a freshman, when the radio show operated traditionally on the dial as 91.1 FM WDUB.

With this came strict monitoring by the FCC, a governing body to ensure that programming and formatting was abiding by their rules. “There was always the looming threat that the FCC was like Big Brother,” Weaver says, explaining that the Doobie had to exercise extreme caution in fear of paying large fines — a minimum fine is around $8,000 — if the show accidentally violated a regulation.

“That alone is the cost of the stage for Doobie Palooza,” Weaver said. Doobie Palooza is the biggest event that the station puts on, happening every spring. A full stage is set up on the east residential quad, and local artists perform for an evening. Food trucks and catering from restaurants and Granville and other local joints are available as well. This meant that the station had to be regularly up to date on paperwork, ensuring their DJs were properly licensed, and enforcing safe harbor hours: clean music only during the day, and DJs only being allowed to play music with profanity in it in the late hours of the night.

A big transition happened last year, when the FCC decided to move their documentation system to an online platform rather than physical paperwork. When The Doobie began the process of switching their public file over to abide by FCC, they discovered a problem: about five to six years of missing documents and unsigned papers.

“With everything that we were looking at, the fine could have been around $60,000,” Weaver explains. “That would be the cost of two or three Doobie Paloozas”.

With Doobie Palooza being the biggest event of the year that the station puts on, there was a lot at risk.

“We had a lot of people telling us to just ‘fudge’ the paperwork, and that is a felony.” Hiding past mistakes was a risk that was not up for discussion to Weaver. This was the leading decision behind The Doobie switching to an online streaming service.

“No one wants to kill the radio, and a lot of alumni are upset, because we are losing a bit of nostalgia with this,” Weaver said.

She explained that the upside to this switch is that there are countless opportunities that have been created.

The Doobie sold their share of the radio to WOSU, The Ohio State’s station, and with that Denison is forming a good relationship with the Columbus, creating internship opportunities for Denison students. The Doobie now has a global stream as well, something they did not have before.

Perhaps the most important part of this change is the door it has opened for a rebranding for The Doobie.

DJs now have room for artistic freedom that they never had before, no longer having to abide by safe harbor hours.

“We still hold our DJs to the highest standard,” Weaver says, but explains that now that the FCC isn’t keeping a close eye on the station, there is a large sense of relief and less rigidness with what the DJs choose to play.

“We’re trying to incorporate where we came from, and where we are going from here,” she said. Weaver has a lot of goals for the station in the future, but is confident in where it is going from here. With streaming numbers up from this week alone, the future of The Doobie is promising, but they most definitely have not forgotten their past.