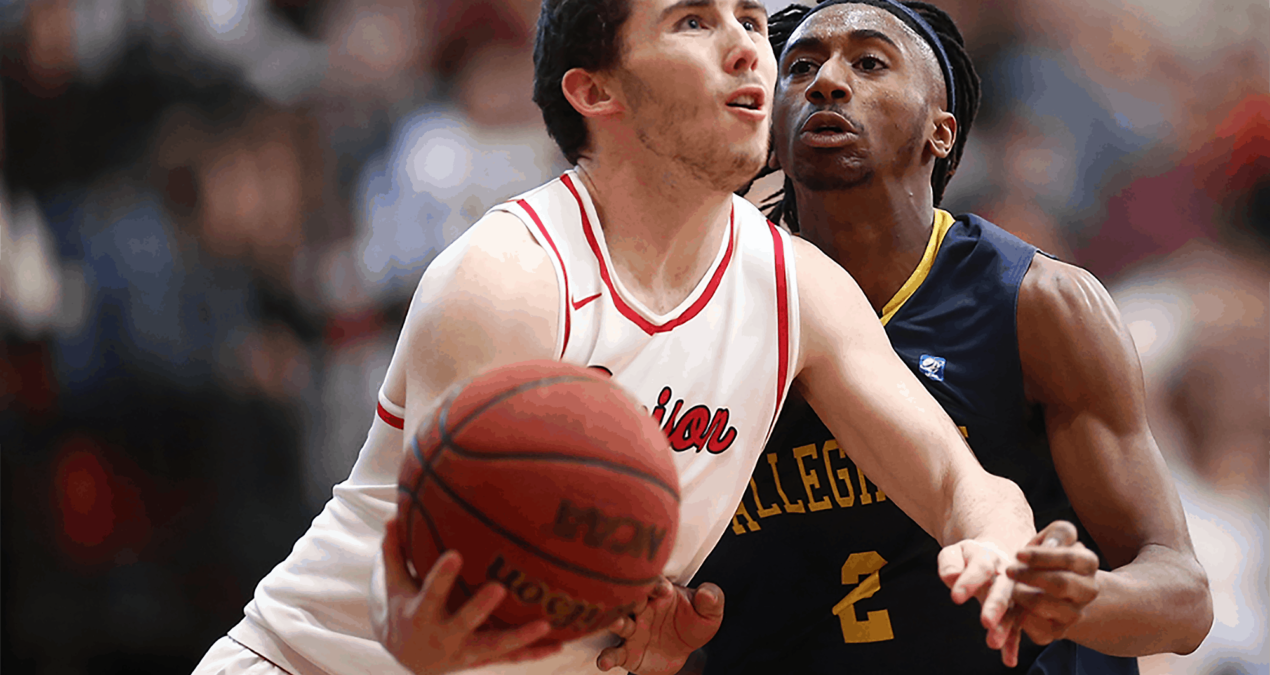 MAX CURTIN, Editor-In-Chief—It’s time to turn the page this year.

While last season didn’t go quite as planned for the Big Red, the team is geared up for a bounce-back year.

For starters, the North Coast Athletic Conference (NCAC) is as strong as it has been in recent memory. Wooster, Wittenberg and Wabash sat atop the conference standings all season, and all three spent the majority of the season in the country’s top-25 rankings for Division III.

A combined six games against those three squads makes for a tough schedule in it of itself. But the NCAC is a deep conference. You can’t take a night off and expect to roll over any team, regardless of where they may lie in the conference standings that week.

Unfortunately for the Big Red, they found themselves on the losing end of a number of these hard-fought NCAC battles last year.

Matt Gerics ‘20, a veteran guard for the Big Red, speaks to what the team is keying in on as they prepare for the upcoming season.

“We really struggled to get stops during crunch time last year, so we have made some adjustments to our defensive gameplan. With more help in place, we think these adjustments will allow us to make more plays off the ball and disrupt opposing offenses,” Gerics said.

The numbers back it up, too. Of the 14 conference losses for the Big Red last season, 10 were by 10 points or fewer, including four by three points or less. These are the games that make or break a season for a team.

Everyone is responsible for taking things to the next level this year so that the team can make winning plays at the end of close games to emerge on top.

Conor Fenton ‘21 is among those ready to take on a bigger role with the team this year. Fenton gave solid minutes at forward last season as a sophomore, averaging 5.9 points and 5.6 rebounds in 18.4 minutes per game. Fenton reflects on the team’s attitude as the start to the season approaches.

“We are focused on maintaining that chip on our shoulder throughout the season and bringing a sense of toughness. Switching up some things on the defensive and offensive side of the ball will give us some more leeway and more freedom to play how we want,” Fenton said.

With the regular season-opener just around the corner on Wednesday, November 13, time is running out for the Big Red to make major structural changes to their schemes on either side of the ball. Instead, as Gerics adds, it’s about finding a way to maintain a high sense of urgency.

“We need to bring energy to every game and practice. It’s easy to bring a lot of energy during the first week of practice but good teams maintain that level of energy and excitement throughout the year. We struggled taking care of the ball last year so we really are focused on limiting turnovers and giving our offense a chance to score,” Gerics said.

On the subject of scoring, the team will likely depend heavily on senior guard Jack Coulter to lead the way this year.

Despite being listed as the shortest player on the team at 5’10”, opposing teams always know to pay attention to where Coulter is on the floor. The high-volume three-point shooter has averaged 10+ points per game for each of his past two seasons. He’s also earned a reputation for making defenses pay when they leave him too much space to operate from beyond the arc.

This season, Coulter’s last with the Big Red, will be a test to his patience with the opposition gameplaning for him as a top scoring option night in and night out. The senior guard speaks to the new role he will also look to fill as a leader for his team.

“As a team we really value the idea of lateral leadership where everyone has an opportunity to be a leader, but it’s got to start somewhere and the guys with the most experience need to step up and lead by example,” Coulter said.

There’s no doubt that this is going to be a team defined by their fight and will to make the extra effort. A major part of that is the selfless, team-first approach that everyone brings into each game.