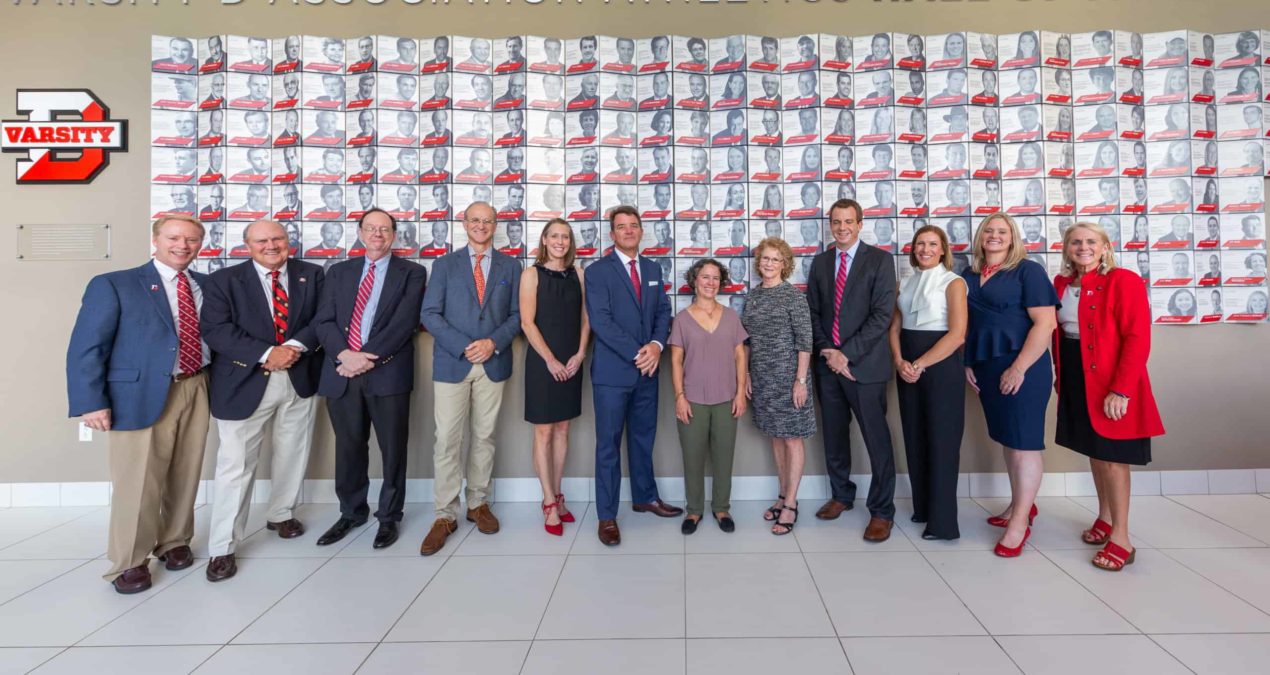 AARON SKUBBY, Asst. News Editor—To kick off Big Red Weekend, 10 alumni were inducted into the 2019 Hall of Fame Class on September 27, 2019. The inductees include:

Nine of the inductees were at the ceremony, with the exception of Bob Gibson who unfortunately passed away.

The Denisonian had the opportunity to interview several of the inductees at the induction ceremony, which was held in the lobby of the Mitchell Center. We asked them to reflect upon their accomplishments, favorite memories and how Denison impacted their lives.

Larry Bates ‘76 reflected on his accomplishments as a runner and student. “I have so many good memories,” he said. In terms of academics, Bates said “classes are like little communities,” and that Denison helped prepare him to be a “creative lawyer” later in life.

Melanie Lott ‘04 shared her extensive and impressive list of accomplishments as what Assistant Athletic Director Craig Hicks dubbed “the best women’s hurdler in Denison’s history.” She is now a physics professor here, and remarked that it was “strange to come back” but she is glad to be here.

Anne Young Sheffield ‘07 reminisced on how making it to the elite 8 after winning against Otterbein in penalty kicks was “awesome.” She fondly recalled the day to day life of walking up the hill, going to Slayter, and things like that. She said that Denison “has the same warmth that I remember from my time here.”

Adam Ulrich ‘07 mentioned how new the Mitchell Center looked. He recalled playing “hallway soccer” with his friends sophomore year as his favorite non-athletic memory. In terms of academics, he said that “you’re held to a pretty high standard.”

Lynn Schweizer left a major impact on the Denison community, acting as a coach and administrator for 44 years. She served as a coach for women’s basketball, women’s swimming and both men’s and women’s diving. She then moved on to serve as chair of physical education department for 19 years and held numerous other positions.

Everyone interviewed remarked on the newly improved Mitchell Center. Both Larry Bates ‘76, and Adam Ulrich ‘07 mentioned their love for Professor Tony Lisska, despite graduating 31 years apart from one another.