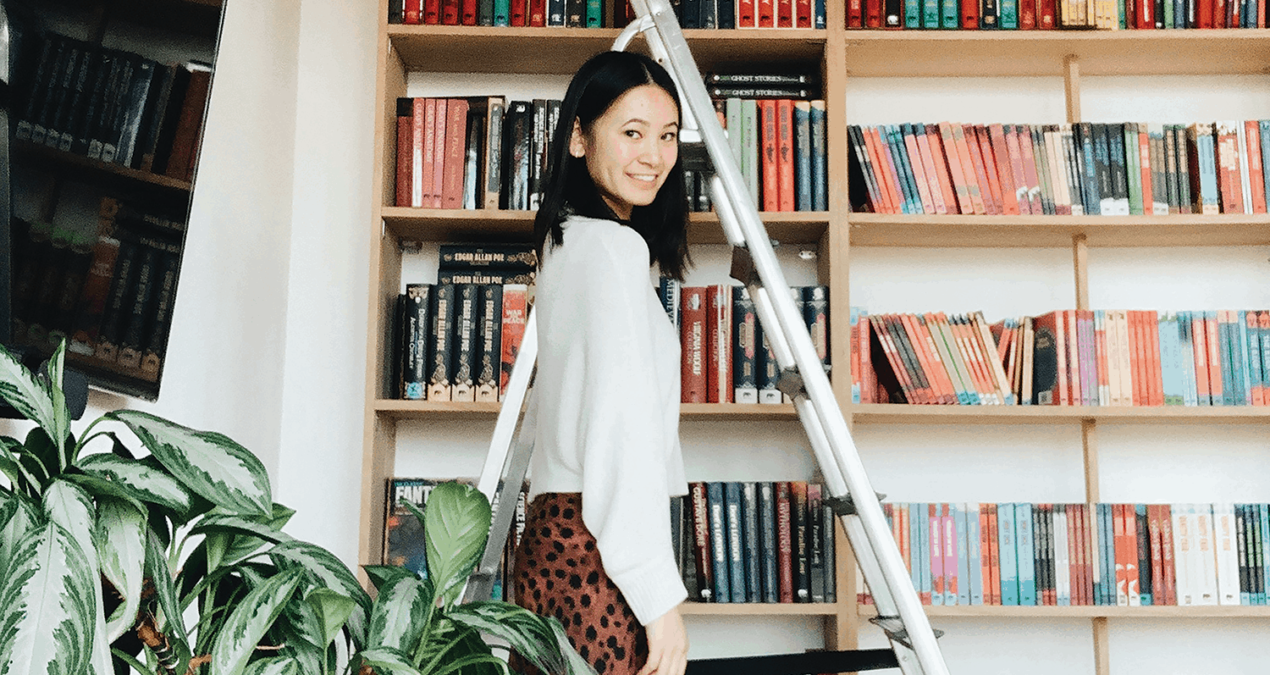 by Mary Clare Edwards
No Comments

MARY CLARE EDWARDS, Features Editor Emerita—Before living in London, I never felt American. Growing up in the Midwest in a white community on the west side of Ann Arbor, I rarely questioned or thought about how my Chinese ethnicity fit into the country I had moved to when I was seven months old.

This changed when I began college in Granville in 2017, where for the first time in my life, I found close Asian friends and began feeling like “Asian American” was a fundamental part of my identity. I began both consciously and subconsciously paying more attention to Asian American experiences or ones that I had not been previously exposed to, as I struggled to figure out what it meant to be “Asian” more so than “American.”

After the 2016 election my understanding of what it meant to identify as American changed forever. Spending much of my childhood summers in northern Michigan up until that point, I remember my overwhelmingly white, overly patriotic, lakehouse neighbors as harmless and kind.

However, after Trump was elected, I began believing anyone who voiced they were proud to be American wanted to “Make America Great Again,” or attended country music festivals like Faster Horses in Michigan. Only in certain settings, like the World Cup, for example, did it seem uncontroversial and okay to be waving an American flag.

With the current state of our country, I was unsure that if coming from the U.S., I would be met with biased stereotypes similar to my own. Londoners read the news (especially newspapers while commuting) and I assumed I would be bombarded with questions about Trump once I revealed where I was from.

What I’ve learned and experienced here, however, is quite the opposite. So many British students focus less on American politics (which is understandable given Brexit) and still think of America as this fascinating, new country. I’ve met students who are excited to take a fourth year (British University is typically only three years) so they can go abroad along the west coast. For others, studying in the U.S. is only an option if you rank at the top of your class, which some use as motivation to study harder. Not so different from me, most see the enormous benefit of experiencing a different culture and do the work to try and study abroad.

One major contrast, however, is how people think of race so differently here. “Where are you from?” is a common question in London, which is unsurprising considering the amount of diversity. Asking someone where you are from seems to come from a place of genuine curiosity, whereas in the U.S. if you ask a person of color where they’re from, it insinuates you think they aren’t from the U.S., which can be perceived as racist or insulting.

Something else I’ve been asked a lot is questions regarding my ethnicity. There is an unspoken, common courtesy in the U.S. in waiting to ask a coworker or classmate what their ethnicity is until you have established some sort of relationship. With that mindset, I did not anticipate random strangers to try and speak different Asian languages to me out on the street, retail workers to try to guess my ethnic background, or my secretary at work, week two, to tell me that I look like her friend’s half-Japanese daughter. All remarks that I would consider to be very rude in the U.S., I feel come from a sincere place of just wanting to know and connect here.

So I guess I feel American in all of the questions I am asked here. I feel it in my accent when I want takeout and I am corrected that “it’s takeaway” and other British phrases. I feel it when I’m trying to em dash on British keyboards but the commands are different and especially when I’m asked for my opinion, as an American, if something sounds “too British” in my work environment.