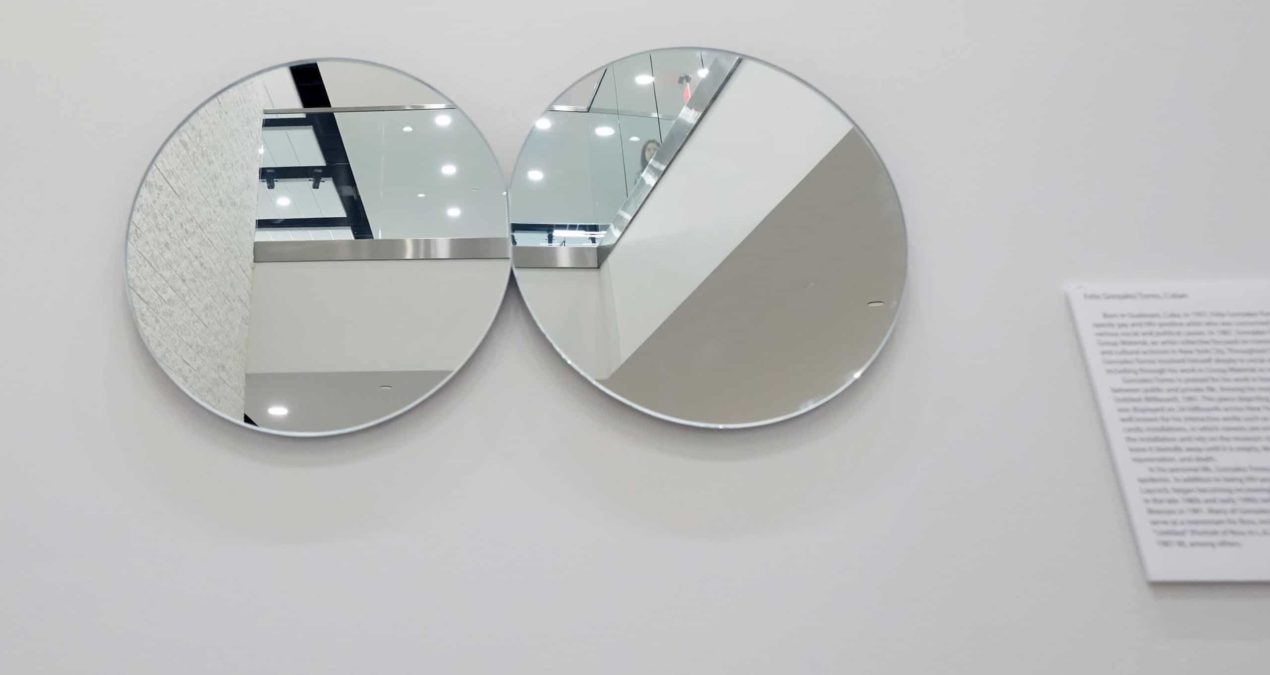 AARON SKUBBY, Asst. News Editor—An art piece was stolen from Curtis dining hall while being toured around campus as part of the About Ourselves/Inside Ourselves exhibition on display at the Denison Museum.

The work was “Untitled (March 5th) # 1” by artist Felix Gonzalez-Torres, who was a gay rights activist. The work was made available through the help of the Felix Gonzalez-Torres Foundation, which granted limited rights to the university. The artwork is an authorized replica and not an original art piece by Gonzalez-Torres. It is part of the About Ourselves/Inside Ourselves exhibition, which “explores the interaction between LGBTQ+ identities and their history,” according to the Denison Museum website.

The work was being toured around four different locations on campus, of which Curtis dining hall was the third. The work was scheduled to be on display from October 21 – November 10, according to an email from museum director and professor Dr. Rebecca Kennedy. When the Museum was notified of its absence,” she wrote, “a formal report was filed with Campus Security and local police.”

As part of the recovery effort, an email was sent to all students asking for the work to be returned “no questions asked.” According to Campus Safety Chief Jim O’Neill, trying to locate the work was like “trying to find a needle in a haystack,” due to a large number of nearby entry points. The small size of the work, only 12 by 24 inches, made the work “easy to conceal,” said O’Neill.

A member of the student body admitted to stealing and abandoning the work, at which point it was unintentionally broken. Building Services found the work on West Quad hallway and disposed of the damaged work, under the impression that it was typical party waste from the weekend. Kennedy wrote that the museum is “going through university policies and procedures and working on finding a resolution with the Felix Gonzales-Torres Foundation.”

Museum Curator of Education and Exhibitions, Megan Hancock, explained that the piece being toured was a “special opportunity to engage with faculty and students.” The intention was to give the broader community a chance to interact with and view the work.

Kennedy explained the damage that incidents like this have on the campus community. “There is a culture on this campus of taking things or moving things that don’t belong to you,” she wrote, “But every time something is taken by one person, someone else is harmed. Trust is eroded. Communities are built on trust and with every prank, every petty theft, every act of vandalism, that trust is eroded and a community dies a little. I’ve been on over 20 campuses in the last year and everywhere there is public art. Our campus has none. Why? Our community has no trust.”

Kennedy will be working with other members of the community to publish an article discussing the serious ramifications of the events in the next issue of The Denisonian.