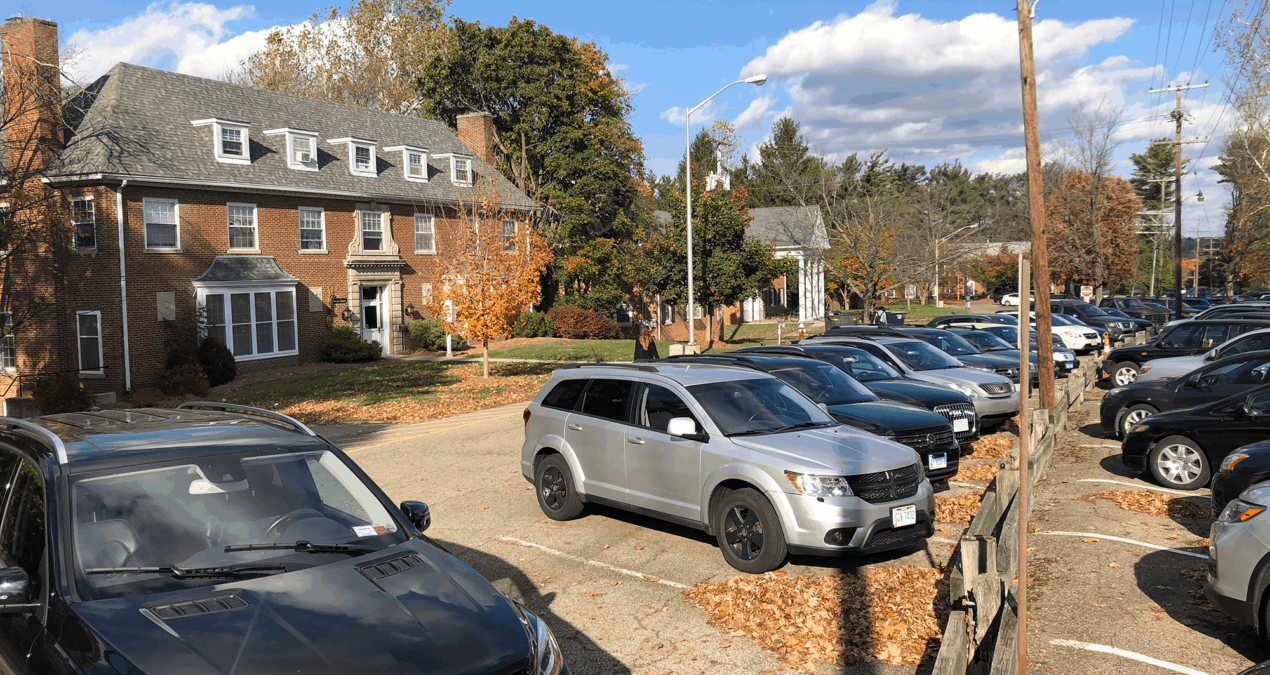 LIZ ANASTASIADIS, Managing Editor – Have you ever paid for friends?

The “paying for friends” stereotype about Greek life is historically one of the most common and comical perspectives. However, the price of sisterhood and brotherhood may be too high for some students.

Denison is an exclusive college altogether. Prices for tuition range from $65,000 a year, a staggering high compared to the American Median household income per year of $63,179 in 2018, according to the U.S. Census Bureau. The most recently enrolled class, the Class of 2023, had an acceptance rate of 29%, the lowest in the university’s history. However, another group exists on top of it all: made of Greek letters.

Greek organizations are made even more inaccessible by high dues and a host of hidden expenses. According to Ashley Rastetter, Associate Director for the Alford Community Leadership & Involvement Center (CLIC) and fraternity and sorority life, sororities and fraternities at Denison can vary from $0 – $600 per semester, depending on the organization.

However, students in NPC sororities told The Denisonian that their average cost per semester sat around $600 – $1,000+, significantly higher than the average.

“Being aware of my family’s financial situation, I knew that I could not ask my parents to help me pay for dues,” says a junior who went through the NPC recruitment process and who received a bid, or an invitation for membership in the organization. “If I had joined, the strain of paying for the sorority would have towered over my ability to actually enjoy being a part of one. I ultimately decided not to join because of this.”

“I felt a little sad about it, but I wasn’t devastated about not being able to join because of financial reasons … Having money also affords a certain life and culture that I would not be able to fully participate in [given my situation.]” continued the student.

Interviews with current fraternity and sorority members have shown that, in addition to dues—which are not published anywhere by any organizations prior to recruitment—many of the costs associated with Greek life don’t become apparent until after the rush process is complete.

“I would say for me the sorority recruitment process was awesome and I met a lot of amazing girls… Because of my family situation I was nervous about being able to afford being in a sorority but was encouraged to go through the process anyways,” says Avantaea Siefke ‘22, a double major in anthropology and sociology and communication from Columbus, Ohio who went through the NPC rush process in spring 2019. “But when getting a bid for a sorority I wasn’t able to find enough scholarships or financial support for me to join and support myself as a student who is paying their own way through college,” Siefke adds.

According to the Pew Research Center, as of the 2015-16 academic year (the most recent data available), about 20 million students were enrolled in undergraduate education, up from 16.7 million in 1995-96. Of those enrolled in 2015-16, 47% were nonwhite and 31% were in poverty, up from 29% and 21%, respectively, 20 years earlier. According to a Senior Survey conducted at Denison, 8% of students in the graduating class of 2018 reported having worked full-time during college, while also taking classes and 24% of the class reported having to contribute money to their families during their college career.

At Denison, the amount of students who are involved in Greek life sits at 35% of the overall population of 2,250, according to Rastetter.

An example Rastetter gives is that NPC collects dues each semester. Through dues collection, part of that funding goes toward a need-based upperclassmen scholarship each fall and a need-based new member scholarship each spring. These can go toward the member’s individual dues for their respective organizations.

Beyond the cost of dues, members are faced with a number of small, unannounced costs that can add up to pose a significant financial burden. Social events such as formal, philanthropy events and Big-Little week—where older members welcome new members—are optional, but they remain integral to being a part of the community. Most of these events are separate from the price of dues and require members to pay out-of-pocket if they want to participate.

Even though some organizations offer resources, it’s still a difficult topic to discuss finances in the houses.

“It’s kinda nerve-wracking talking about finances at this school. To this day I can barely bring things up with certain friends,” says a sophomore active NPC member whose sorority leadership asked them not to comment.

When asked how the member pays dues, she voiced that she has multiple work-study jobs and is on a monthly payment plan. Although she has received a scholarship that is offered by NPC, the dues are still a difficult balance for the member, who pays other bills to maintain her livelihood at Denison.

Denison’s Greek life aid functions differently than some other schools: At Northwestern University, some resources that are available for low-income students interested in Greek Life are the Student Activities Assistance Fund (SAAF). As of May 2019, the fund helped 173 students specifically for affording Greek Life during the 2018-19 school year.

SAAF has existed since 2012 to accommodate student organization-related expenses for low-income students. Applications involve brief essays and a detailed explanation of how much money is being requested and what the money would be used for. Dartmouth College has a similar resource and offers a breakdown of fees on their website. Currently, Denison has no resources offered by financial aid services.

In the past, the Red Thread Grant, a financial aid need-based resource at Denison for students who qualify according to their respective financial aid packages that are granted with an application through Student Development, used to offer assistance for the expense of dues. As of the 2018-19 school year, that resource was suspended for the use of Greek life related expenses with no explanation from Student Development as to why this was implemented. When asked for comment on this subject, Student Development couldn’t be reached.

One scholarship, offered by an IFC organization called Lambda Chi Alpha, is a reward for a member’s high academic standing. Benny Mandelbrot ‘21, a history and education double major from Cincinnati, Ohio and the Academic Chair of Lambda, offers his perspective: “We are the only fraternity (that I’m aware of) that has a deal like this because we are sitting on a pile of money that we got after we sold our house to the school in the 1990s. The fund is replenished after each semester thanks to the endowment continuing to grow.”

Potential solutions to the shock of dues could be that universities require all fraternities and sororities to publish demographic data in an effort to increase transparency and diversity within the Greek system, similarly to the Universities listed above. Additionally, more potential solutions would include more scholarships available for low-income and financially independent students or waiving part of the fee for students who are Pell Grant recipients.

Siefke believes a solution would be to have scholarships and resources in the short amount of time between when new members get a bid and when dues are required to be paid.

The sophomore active member thinks that Denison could offer more for those who have a certain financial aid package and that there should be more open and upfront conversations in the houses about monetary concerns.

The junior who went through recruitment stated that organizations could be more transparent with the additional costs and not just the dues so that students could better plan ahead financially to participate.

While institutional shifts are essential to address socioeconomic disparities, the important social transition must come from a more micro level. Finding alternative solutions to payment for students who are of low-income or financially independent backgrounds can offer some potential solutions to the problem, however, the implications are largely for those involved in it to decide they want to implement change in who is able to join.

This cycle will continue until changes are implemented regarding the process of NPC and IFC Greek life at Denison, who is able to join and the monetary cost of these organizations as they continue to affect students.

Poor on the hill: A message from a low-income student by Liz Anastasiadis