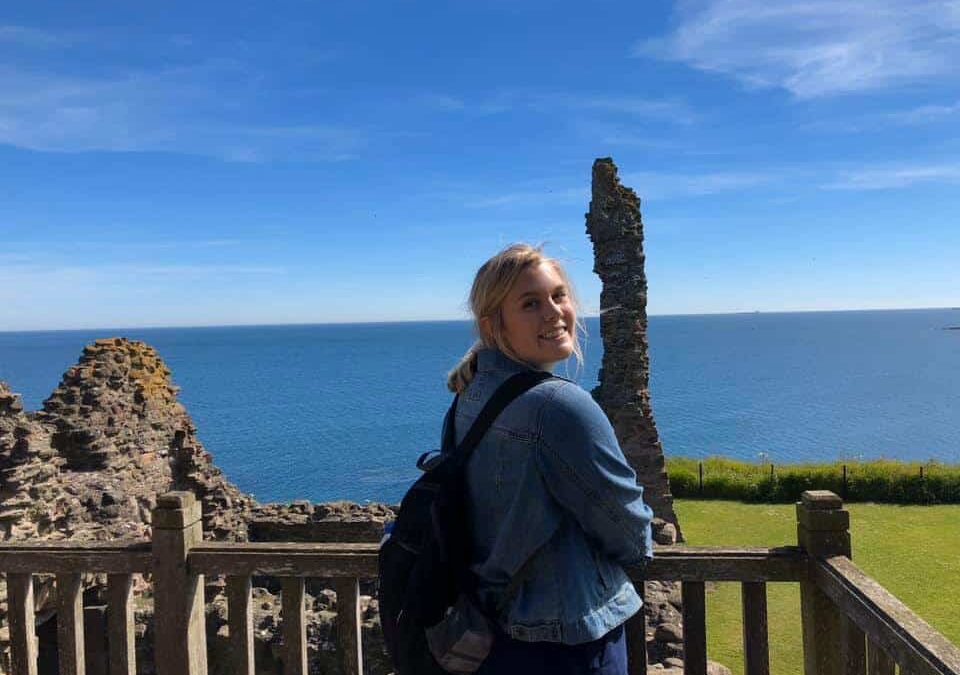 Multiple choice should be banned from humanities and social science exams

CASEY LAND, Staff Writer—To introduce this, I’m going to start with a story.

The week before fall break, I had a huge midterm for my ANSO 100 class (people, culture and society). I studied nonstop for three days. I was nonexistent to my roommates, and whenever I wasn’t in class I was in the library. This is out of character for me.

Alas, I probably studied harder for this exam more than any other exam I have taken, and it wasn’t even a final! I was terrified of this midterm, and I found what we had been learning in class truly daunting. Then came Thursday: the day of the exam. I felt pretty confident when I walked into class; I had gotten my 8 hours and I had reviewed for an hour before the exam.

The format of the exam was two pages of multiple choice, and the rest were short essays. While the essays were long, at certain points repetitive, and gave my hand a significant amount of pain, I felt pretty good about my answers once I had finished. I really felt like my studying had paid off. I walked out of the classroom feeling somewhat like I aced it.

After a long two or three weeks of waiting for the grades to come back, I saw that I did not get anywhere near the grade that I thought I would.

It wasn’t a horrible grade, but I had built my hopes and expectations up so much that when I saw the actual grade, I felt like a deflated balloon. Working and studying consistently for three days for little reward or pay-off might be one of the worst feelings ever.

After looking over the exam to see what went wrong, I saw what my downfall was: the multiple. Choice. Section. I shouldn’t have even been surprised. With one question being worth more than one point, if you miss a few it is a surefire way to rapidly lower your grade.

After looking at the ones I got wrong, I realized that the answers I circled weren’t incorrect; the ‘right’ answers were just another way of describing the concept that the professor considered to be the better answer. This frustrated me, because I wasn’t wrong, I just did not answer correctly in the black and white terms of multiple choice.

And with this, my opinion was born: multiple choice should NOT be allowed on humanities and social science exams!

I was first going to argue that multiple choice should be banned on all exams, but then I realized that there are some subjects where this format fits nicely (i.e. STEM). On math and science tests, there is normally one specific answer. If you don’t circle that answer, then it’s wrong.

This concept doesn’t make sense for subjects like anthropology, because the answer more often than not has to be explained rather than writing down a number/equation/formula. It boils down to this: we all learn things differently.

It’s been proven that there are multiple different kinds of learners: visual, tactile, auditory, etc. When something in anthropology is being explained, such as the ENTIRE concept of culture, why should the answer be boiled down to one letter answer?

It is wildly incorrect to assume that every student will perceive something as huge as culture the same way, and then will be able to circle letter B and have it be correct. I’m not calling out my professor, because she didn’t really do anything wrong, she was just abiding by the way exams have been formed forever.
I am saying that the way these exams are formed is wrong, but it is unfair to students’ learning process, and it is not inclusive. Essays and short answers are tiring, yes, but at least you’re able to have your own freedom on how you answer.
I am sharing my sad midterm story so that the problem is put out there (someone had to say it!) and hoping that we can rally to find justice for us all in the humanities and social science departments. Thank you.

The reality of post-grad pressure