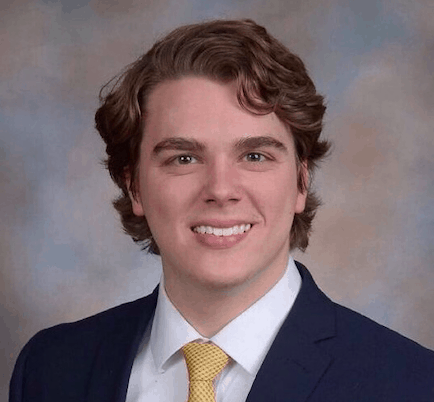 The problematic nature of our hostile political discourse

NATHANIEL BEACH, Sports Editor—A common trope of our internet-controlled society is exploitation of the free platform social media that allows people to say basically whatever they want. Generally-speaking, all people are given a platform to post their thoughts. With that, however, has been an increase in hostile political dialogue.

According to The Pew Research Center, 59% of Americans say their social media interactions with those with opposing political views are stressful and frustrating, and 64% say their online encounters with people on the opposite side of the political spectrum leave them feeling as if they have even less in common than they thought.

Roughly half of users feel the political conversations they see on social media are angrier (49%), less respectful (53%) and less civil (49%) than those in other areas of life.

These results correlate clearly with the issue I take up in this article; that buzzwords and derogatory social labels are over-used in our society.

I have been doing research on deliberation since my sophomore year of school. Through this research, I’ve seen that there is a significant correlation between the usage of these words and the way they’re communicated.

In a hypothetical argument between a Republican and a Democrat on Twitter, there is a generalized time-frame when both sides will start to refer to the other as a Nazi. This ‘Nazi-complex’ is a problem and is part of what exasperates the polarization in society.

For example, there was a Denisonian article published a few weeks ago seemingly in response to my own suppression article. In it, it not only attributed the C3 poster rippings with that of “right-wing partisans” but that fascism is not just a tenet of the Republican Party, but of the student group on campus. Now using these terms doesn’t accomplish anything. There has never been any evidence the C3 rippings were a political statement or from Republicans.

Both sides of the political aisle constantly referring to one another as any of the many ‘isms only creates division. Democratic candidates for President keep calling one another racist or sexist for their policies, Republicans can’t even sit in class without being accused of having oppressive views.

The over-use of these words is problematic. If both sides of the aisle constantly rely on these ‘isms to win arguments, it will dilute the meaning of these words. Constantly calling Republicans Nazis ultimately takes power away from the actual historical event in which it comes from. This is disrespectful to the millions of murdered outcasts that were fatally affected by the Nazi party’s ideology. Just relying on emotionally powerful terms dilutes their power and divides people just as much as burning the flag.

When true oppressive opinions are expressed – some of which the President has been rightly called out on – then these words should be used when specific views are inherently oppressive.

These words are important and need to be used. However, they have become too ingrained in our political dialogue which has led to a political affiliation with morality. Being a Republican does not make anyone any more moral than being a Democrat does. Looking at Washington, the media does a terrible job of showing the commonality between the views.

Many politicians in the government disagree over policy but are actually close friends. The Ohio coalition in Congress is all incredibly close, even though the diversity of ideologies span from Freedom Caucus founder Jim Jordan to far-left populist Joyce Beatty.

This is important to notice, as though they disagree on the Floor of the House when they debate and vote, they still respect one another as humans and colleagues.

Respect that person for who they are – another person with equally valid views. Hate and tear apart the opinion, but shy away from overusing trigger-words and insults that attack the moral integrity and character of the person arguing the opposing side.

Together, this will create a more respectful, collaborative, happier and less polarized America.

Nathaniel Beach ‘20 is a PPE major from Columbus, Ohio.