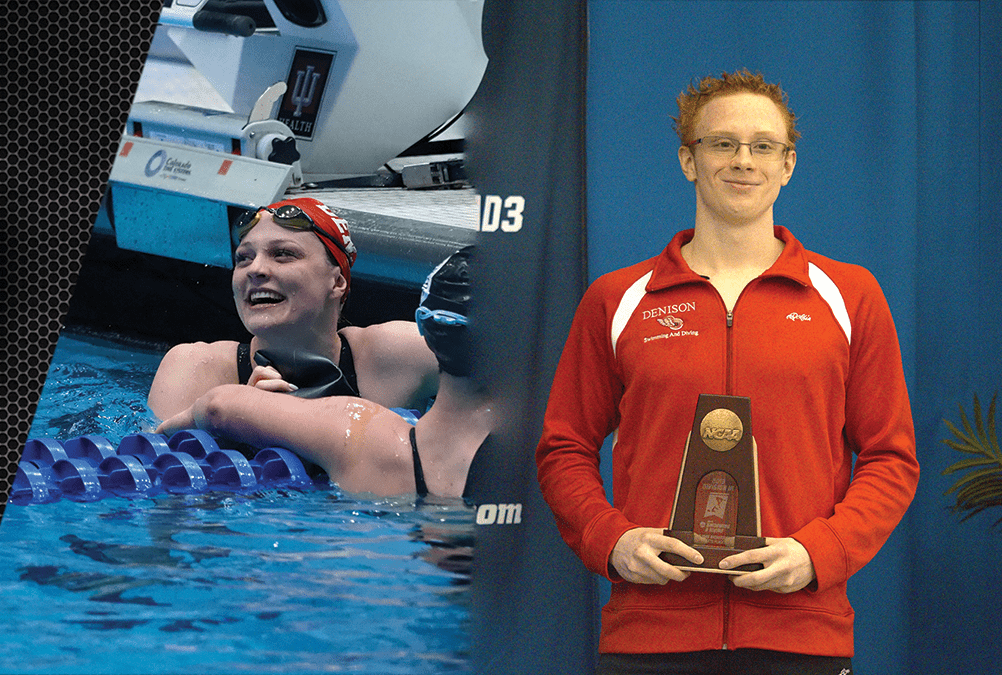 Varsity swimmers KT Kustritz ‘20 and Richie Kurlich ‘22 qualified for the 2020 United States Olympic Trials – Swimming, which will be held June 21-28, 2020, in Omaha, Nebraska. Also qualifying for Olympic trials at Denison’s LCM Time Trials was Eastern Michigan University Casey Gavigan ‘20 who posted a time of 1:02.11 to qualify in the women’s 100-meter backstroke.

Kustritz qualified in the 100-meter breaststroke with a time of 1:09.64. The official time standard set by USA Swimming, revealed in late September online, is 1:10.99. Kustritz is a five-time national champion, 20-time All-American, and current national Division III record-holder in the 100-yard breaststroke (59.77).

Kurlich qualified in the 200-meter breaststroke with 2:16.47, dropping 3.44 seconds off his previous best in the event according to Big Red Athletics. The official time standard set is 2:17.89. Kurlich is a three-time All-American who finished sixth in the 200-yard breaststroke at last year’s NCAA Division III Championship in Greensboro, North Carolina.

For the 2020 Olympic Trials in June, Kustritz and Kurlich will be among approximately 1,400 swimmers total who will also be competing to place as the United States qualified swimmers for the Olympics for each of the 14 individual events. For the men’s 200-meter and the women’s 100-meter breaststroke, United States will qualify two swimmers each.

In Omaha, there will be two temporary 50-meter pools will installed in the CHI Health Center Omaha, a state-of-the-art, 17,000-seat sports and entertainment venue in the downtown area. Ticket prices are $575, $475 or $375 for all 15 sessions, which include seven morning preliminary sessions and eight evening finals. All-session tickets are transferable between family and friends and guarantee the same seat for each session.

Students and administrators work together to tackle hunger