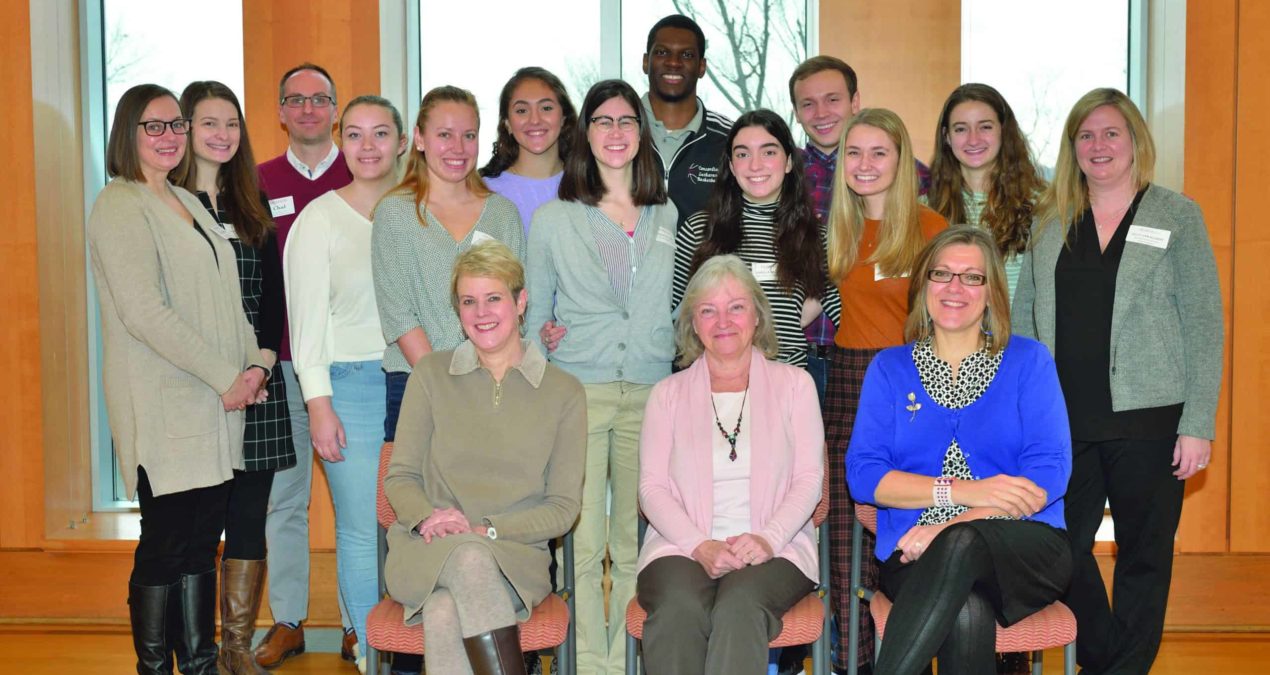 ISABELLA ANTONELLI, Features Editor Emeritus—Students woke up early on January 31, 2020 to attend the Off-Campus Study Returnee Breakfast with President Adam Weinberg. Students who have returned to the Hill from their fall semester abroad were encouraged to exchange conversation and mingle with other students who might be going through similar experiences as themselves.

Dr. Katy A. Crossley-Frolick, the Director of the Off-Campus Study program, began the event by reminding students of the invaluable tools they gained during their time abroad. She asked the audience, “What’s the next chapter in your story? Not just to add on your CV [curriculum vitae, an extensive résumé], but to your life?”

The opportunities that come with study abroad might not just be in the obvious tangible moments (knowing how to navigate public transportation in London, or trying a new food that might seem alien to newcomers), but are largely found in the intangible qualities we might not even notice.

Weinberg picked up on this point when he said, “You’ll look back in 50 years and know how life changing it was.” Going abroad, he explains, is not just about looking inwards to yourself, but outwards to others.

Weinberg encouraged students to remember how they felt when they were abroad and how welcoming other students from those countries were to them. He explained, “We need U.S. students to be more welcoming to international students.” In gaining or improving those intangible skills, like empathy, students might be better equipped to understand how it might feel to be in a foreign country with new norms, traditions, etc.

By living a semester abroad, students have the opportunity to self-reflect, and become more empathetic to Denison peers who come to Granville from outside the United States.

Danni Gutelius ‘19, a biology major from Lake Orion, MI, was glad to hear Weinberg acknowledge the disconnect between domestic and international students. “I definitely feel that on campus and it was nice to hear it acknowledged.”

Gutelius studied in Glasgow, Scotland through the Arcadia program. She explains that “culture in the U.K. and U.S. are obviously not the same, but they are pretty similar. In my experience, students were pretty interested in meeting Americans to see ‘oh, are we really like that?’” She laughs. “They wanted to see if we were like how we are in the movies. ‘Do we actually drink from red Solo cups all the time?’” It was little moments like these that created a feeling of empathy between people from different cultures and backgrounds.

James Dixie ‘20, a psychology major from Fort Wayne, IN spent last fall in London through the Arcadia program as well. “It seems like the international students [at Denison] tend to band together because it’s a nice comfort to have someone with the same experience as themselves. It makes total sense why it’s hard to reach out. As American students, we can do a better job of connecting. Going to cultural events would be a good place to start.”

Dixie appreciates the friends and connections he made during his time in London. Like Gutelius, students would often ask him questions about what America was like. He recalls a moment watching American movies and friends stopping to ask him, “Is this what it’s really like?”

We might not even realize moments that forge these deeper connections. Emma Borgia ‘20, a history major from Newark, OH, studied off-campus in Downtown Chicago, working on an internship/research at the Newberry Library alongside other Midwest students studying humanities. For Borgia, the breakfast was a reminder at all the ways that studying and living off-campus affected her life. “I feel like having that extra sense of empathy for people who are coming into a new space or who are trying to exist with other people who they may not have much in common with and hearing that verbalized of how we’ve gained empathy from our experiences is a really good reminder.”

The Off-Campus Study office will continue to hold spaces and events for students who returned to the Hill from abroad in different capacities.

Closeted no more: LGBT students speak on their experiences