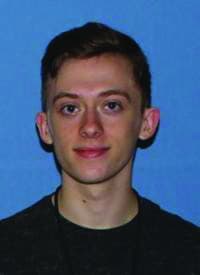 AARON SKUBBY, News Editor—Andrew Yang has carved out a niche in the 2020 Democratic primary as an outside candidate with a large set of in-depth, unique policy proposals.

One of Yang’s key proposals is what he calls the “Freedom Dividend,” a 1000 dollar a month universal basic income for every American over the age of 18. A universal basic income has been widely discussed against economists, and could greatly improve societal outcomes. Yet, the Freedom Dividend misses the mark in significant ways that make its effect on the middle, working, and lower class inadequate at best, or even detrimental at worst.

One of Yang’s chief motivations for proposing the Freedom Dividend is the belief that automation is causing massive job loss in America. The problem with this is two-fold: the evidence of job loss due to automation is shaky, and even if the problem is valid, Yang makes a tremendous leap in arguing that the Freedom Dividend would be a foolproof solution to such job loss.

The MIT Technology Review found that studies projecting the job loss from automation have such a broad range of speculations that the only meaningful conclusion that may be drawn is that we don’t know how many jobs will be lost. While there is a lot of scholarly evidence that automation is contributing to manufacturing job loss, there is equally as much, if not more, evidence that globalization and outsourcing plays a very significant role. Take, for example, the pair of papers titled “The China Shock” and “The China Syndrome” by economists David Autor, David Dorn, and Gordon Hanson which found that exposure to import competition from China seriously hurt local labor markets.

Though Yang has donned the campaign slogan “MATH” (Make America Think Harder), one equation of his that is seriously lacking is: automation job loss + the Freedom Dividend = problem solved. As an example, let’s consider the cost of a living wage in Trumbull County, Ohio, home to the recently closed Lordstown General Motors plant that was a major news story.

According to MIT’s living wage calculator, a typical single adult living in Trumbull County would need an annual income of over $21,000 per year. With children, the amount skyrockets. This is far beyond the $12,000 a year that the freedom dividend proposes. And since only people over the age of 18 would be entitled to the dividend, there are no additional support structures for people with children.

To put the nail in the coffin, under Yang’s proposal “current welfare and social program beneficiaries would be given a choice between their current benefits or $1,000 cash,” according to his website. This is advertised as a way to help raise money to fund the dividend. Yang is advocating for the reduction of programs specifically designed to help those in need, in favor of a universal basic income given to every single person. This is a classic case of promoting equity of inputs when society really needs equity of outcomes.

Furthermore, Yang proposes a Value Added Tax, which is functionally a regressive tax. A regressive tax means that the lower your income, the higher the percentage of your income you are paying. And the value added tax is paid in part by consumers. Therefore, when someone buys a product, they will pay the same amount of value added tax regardless of income, which is more heavily impactful on people with lower income.

Yang advocates for the dividend’s capabilities to grow the economy too. But as he himself admits, wages have barely grown while worker productivity and output have skyrocketed. While automation does play a role in this, there are not incredibly wealthy robots and computer programs walking around. Instead, we are seeing the greatest income inequality in America since the Gilded Age, and the dividend is not going to help that.

Yang’s proposal also rests strongly on the hope that everyone will simply agree to be on board with his ideal of “human capitalism.” In order for the Freedom Dividend to have its full effect, we must simply hope that businesses don’t raise their prices unnecessarily. We must hope landlords and utility companies do not raise prices. And while people may have a little bit more flexibility to be selective about their working conditions, there is still very little guarantee that wages will not be lowered.

Finally, when so many Americans are struggling to meet their basic needs, a cash influx is not going to greatly increase their purchasing power. Most people own no sort of production, and the only thing they can do with their money is spend. It is hard to create a business or make investments when you have bills that need paying. As such, the money from the Freedom Dividend is largely going to become further concentrated at the top, which is especially bad when considering the lack of redistribution in Yang’s proposal.

This is not to say Yang is a bad person. He has many incredibly good policy proposals, and I think he legitimately wants to help everyday Americans. That being said, the specifics of the Freedom Dividend and Yang’s stalwart belief in injecting money into the market means that such a policy could very well help the wealthy more than the poor.

Aaron Skubby ‘23 is a PPE major from Shaker Heights, OH.

Racial issues and why they’re exhausting