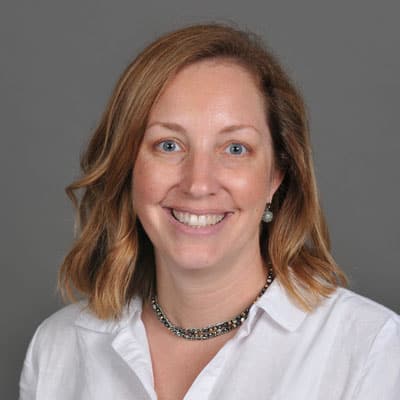 Denison Greek life and its checkered history: A professor’s response

As a professor, I often listen to students debate the merits of the Greek system. It is sometimes hard to see where its influence begins and ends on this campus. I sympathize with the dilemma presented at a university such as ours when students perceive the need to join the Greek system in order to have consistent social opportunities and yet I also agree with Correia that perhaps it is time to revisit the necessity of this structure at Denison, especially in light of our current values regarding diversity and inclusion.

Coincidentally, I was conducting research for a book about college students in the Midwest during the American Civil War when I came across an article similar to Correia’s in a university magazine published by students at the University of Michigan. “Objections to Secret Societies Supported by the Opinions of Eminent Men” did not identify an author but the student opened the piece by contending that he opposed secret societies (what fraternities were first called) “because the principle on which they are founded is false. Secresy[sic] has formed no part of the plan of the Almighty in his dealings with mankind…nor should we introduce it in our daily intercourse with each other.” The article traced much of the same ground as Correia’s and reminded me that persistent opposition to the Greek system has existed nationally since its inception.

Secret societies grew in popularity in the United States throughout the 1850s. As that happened, college students stopped participating in other membership groups, such as literary societies and dining clubs, which offered students a similar sense of group identity but focused on intellectual development rather than social opportunities.

In literary societies, for example, students met weekly (in halls decorated ornately, filled with a library only open to members) and debated important topics of the day. Through these activities, students learned important skills that prepared them for future careers and citizenship. Once secret societies came on the scene though, and began to compete for time and attention (and money!) from members, the literary societies and the like began their descent into oblivion.

The article I came across was from 1862, during the Civil War, when young men faced a choice between education and military service. Students looking to further their preparation for leadership in a postwar country came to school expecting a liberal arts education steeped in academic rigor. But to the author, and many others, secret societies represented a moral bankruptcy of that promise. Correia’s concerns echo through these pages, as the Michigan student asserted that secret societies “do not claim to benefit other than their own members, who wrapped up in themselves gradually become insensible to every feeling of liberality and generosity toward those who differ from them in sentiment.”

The Michigan student also argued that secret societies “encourage cliques and destroy mutual friendships among students generally.” And, when one reads that “Every student of the University knows that members of the same Secret Society clique together, visit together, swear together, get lessons together, sit in class together, play cards together, drink together, get drunk together, fight together, lie for one another, and sometimes get expelled together,” it is difficult to know if that sentiment originates in 1862 or 2020.

Even though the words above might make most of us shrug with a “Greeks will be Greeks” reaction, perhaps the true meaning of the plea from both Correia and from this unnamed author from 1862 comes from this objection: “I object to Secret Societies, because they are a source of anxiety and trouble to the Institution in which they are found.”

I sense that it will be easy, especially in the excitement of the recent rush season, for Denison students to dismiss Correia’s position. I ask that you pause and consider a voice from the past, who also warned that “whatever is good and ennobling should not be confined to the few, but should be dispensed alike to all.” With regard to the Greek system, let’s at least talk about it.

The importance of traveling alone