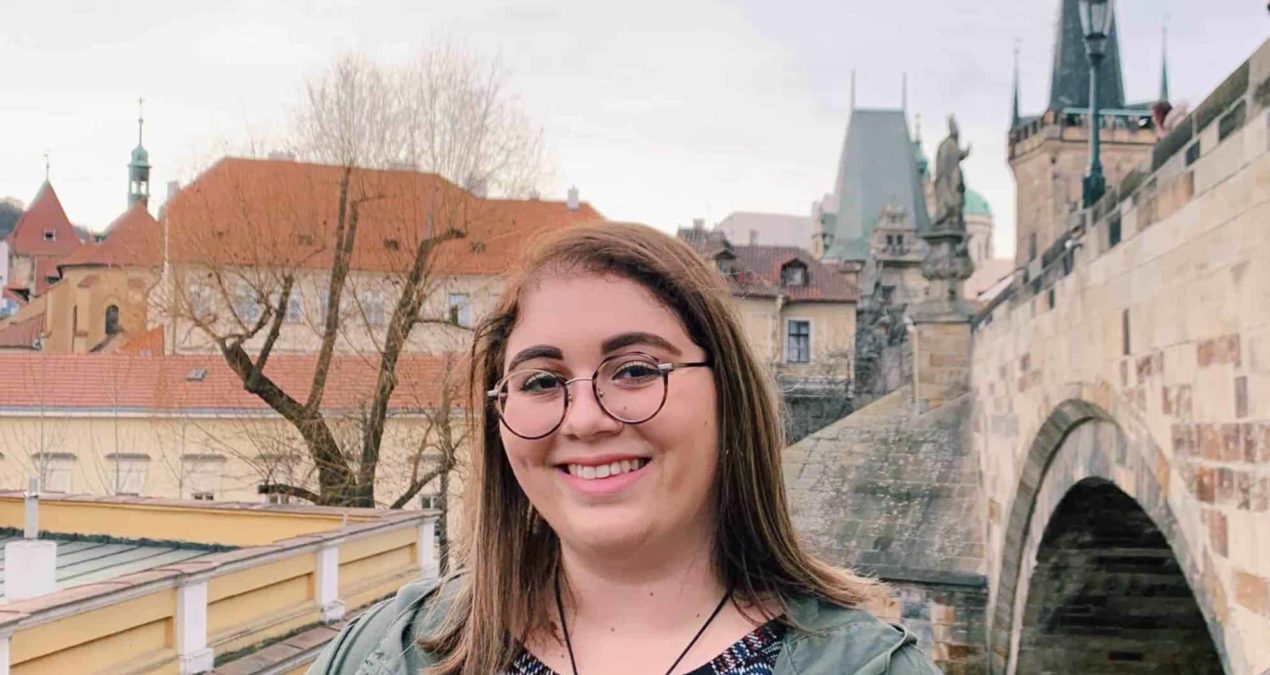 I can’t help but think of the history that shaped these streets. For a moment, I didn’t think I’d be able to study abroad. I’m grateful for every day that I get to extend my adventure.

However, the Czech Republic isn’t without its injustices.

Since coming here, I’ve witnessed plenty of microaggressions. For instance, my roommate who is Mexican-American is constantly stared at on the train and while walking around Prague. They’re mostly old women and men who eye her up and down like she’s some foreign creature. I told someone, “take a photo, it lasts longer.”

I went to an improv version of “A Midsummer Night’s Dream” at the Prague National Theatre. It was performed in Czech, with English subtitles projected onto the wall above the stage. During the show, there was a “light” fairy and “dark” fairy. The Czech (white) actress was painted in all black paint from head to toe. This was a demonstration of blackface. When I saw this, I was completely disgusted. The Americans who came in a group with me started to exchange glances of discomfort. Although the Czech Republic is a mostly white country, I at least expected more urban areas to have more people of color… however, this isn’t the case.

In one of my classes, we were discussing fairytales and how they show certain aspects of a culture. My professor, while lecturing about how there are certain things in fairy tales that reflect society started to discuss dwarves and giants. The professor said, “we Czechs aren’t as politically correct as you Americans.” S/he continued, giving the example of dwarves and giants, referring to people of atypically short and tall statures. “For instance,” the professor said, “it’s because when I see one of these people I question whether they are capable of having a conversation, and fairy tales reflect that by showing them as silly creatures.”

I knew that things would be different here because my internship with Radio Free Europe/Radio Liberty (RFE/RL) prepared me with conversations about Press Freedom and the importance of media coverage in regions that don’t have fully developed democracies or any freedom of the press. Since getting to Prague, I interviewed a Ukrainian journalist whose car was set on fire and the director of the RFE/RL Balkan service on female cyberbullying for the Lady Liberty webpage.

Right after the interview with the Balkan Service Director was posted on Twitter, someone commented on the thread calling the director a regional slur which translates to “slut” or “whore,” as well as calling RFE/RL “American propaganda.” If that comment doesn’t display the importance of this topic, I’m not sure what does.

Juggling school, work, and traveling are tiring. You have to allow yourself to let go of control sometimes — scheduling events might not always work out, or you find yourself on the other side of the city because you took the wrong tram, and so on. I think the most rewarding thing about studying abroad is that you learn a lot about yourself… How long it takes for you get up in the morning with a 40 minute commute to school, navigating a city that you don’t speak the native language in, and working in a large media organization with people from around the world can be shocking at first to get used to. However, it’s been the most rewarding thing to experience. I think that I’m figuring out how I can be independent in this world.

Despite the struggles I’ve had, the fact that I’m interning at a large media organization like RFE/RL, which covers 22 different countries, and that I’m here at all, makes me unbelievably grateful. It’s hard for me to picture living in Europe — it feels like a dream. My family has had struggles with money for as long as I can remember, but I always told myself “you’ll make it work, somehow.” I’m feeling imposter syndrome, anxiety, and most of all, sadness that I can’t share these experiences with all those I love. To that I say: it will happen, someday.

Liz Anastasiadis ‘21 is a creative writing major with a concentration in narrative journalism from Warren, Ohio. She’s studying abroad in Prague, Czech Republic.