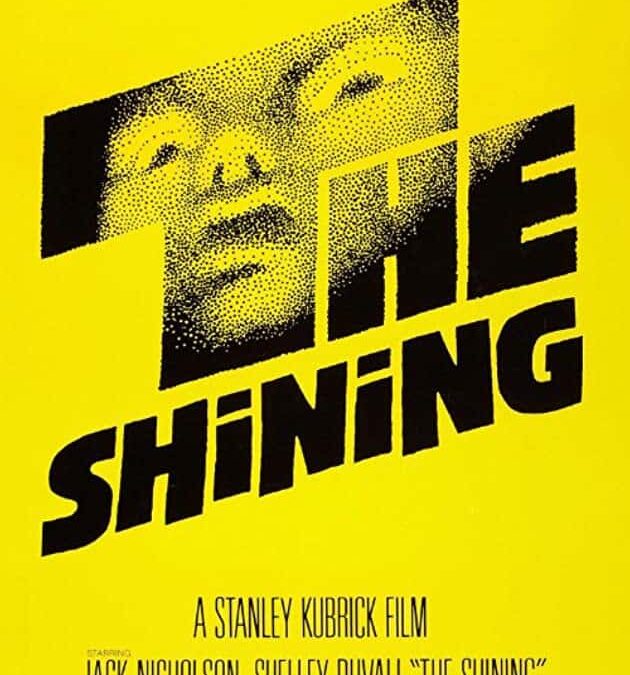 Devin Meenan, Arts and Life Editor — Throughout the medium’s existence, cinema has always provided escapism in times of crisis; movie theater attendance during the Great Depression numbered in the millions each weekend, for the stories portrayed through the moving pictures helped people forget their troubles. Now, almost 100 years later, we again find ourselves in a history book worthy crisis, but are trapped in-doors and barred from movie theaters. As such, I wanted to inform you all of some movies you can watch in the comfort of your own home, in particular ones where the characters are under similarly quarantined circumstances as we all are now.

If you’re in the mood for a grisly grindhouse experience, “Green Room” is for you. The third film from Jeremy Saulnier, the director continues his trend of surprisingly contemplative gore. The film centers on a failing punk band the “Ain’t Rights,” who out of desperation are forced to take a gig at a Neo-Nazi run bar. When one of the band witnesses a murder backstage, the band is forced to fight their way out of the bar against the skinhead gangs led by Darcy (Patrick Stewart). The premise holds ripe potential for b-movie thrills, but instead chooses a more unsettling mood, with the violence occurring in restrained bursts, versus constant balls to the wall action.

Director George Romero did something truly incredible with “Night Of The Living Dead;” he invented an entire sub-genre wholesale. Without this film, we wouldn’t have any of the dozens of zombie stories told since. Set in the director’s home state of Pennsylvania circa 1968, “Night Of The Living Dead” finds a group of strangers trapped together in a farmhouse under siege by undead “ghouls” (the only name the creatures receive in the movie). The archaic use of black and white, intended as a cost-saving measure at the time, has actually aged rather well, contributing to rather than detracting from the atmosphere, and the gore remains shocking even by today’s standard. The sticking power, however, is the cruel last-minute twist of the ending, proving that even during the apocalypse, human hatred sometimes beats out the need for cooperative survival.

Here’s one that’s stuck with me since I first watched it, even though I didn’t quite understand what had even happened once the credits rolled. Mourning the death of her father, Catherine (Elisabeth Moss) spends a week with her friend Virginia (Katherine Waterston) at a lake house, while over the week her fragile sanity begins to deteriorate. The film alternates between two timelines, the latter taking place a year earlier, and this plus the subjective nature of how the story unfolds makes for confusing viewing, but it’s hard not to be enraptured nonetheless. Elisabeth Moss may very well be one of the best actresses working right now, and Waterston isn’t terribly far behind, and director Alex Ross Perry’s use of close-ups allows their expressive faces to shine.

Sometimes less is more, and “The Lighthouse” is the latest film to show how well this principle can apply to horror. In the early twentieth century, Ephraim Winslow (Robert Pattinson) accepted a four-week tenure as assistant to New England lighthouse keeper Thomas Wake (Willem Dafoe). Toiling under the cantankerous Wake’s abuse, Winslow begins a slow descent into insanity.  It’s Dafoe who steals the show by spitting out all the film’s best lines with the vigor of an actor half his age. That Pattinson holds his own with a more restrained performance is a testament to his career evolution and that there was always a great talent buried underneath the “Twilight” star. If there’s one word to describe “The Lighthouse,” it’s “sparse;” the cinematography is stark, shot with eerily beautiful black-and-white film, and the only real clues to the surrealistic turns the story takes are allusions to the tale of Prometheus. Ultimately, the only way to experience “The Lighthouse” properly is to watch it.

In a time where it’s easier to keep tabs on your neighbors than ever, why not look at how our forebears had to do it back in the day? “Rear Window,” one of Alfred Hitchcock’s many masterpieces, focuses on LB “Jeff” Jeffries (Jimmy Stewart), a photographer confined to his apartment while recovering from a broken leg. Stricken with ennui, Jeff resorts to spying on his neighbors with binoculars alongside his girlfriend Lisa (Grace Kelly), and in the process, the two discover what may have been a murder. Hitchcock was always fascinated with voyeurism, and “Rear Window” takes this to a meta extreme; Jeff peering into his neighbors’ lives from afar is very much the same thing we do when we watch movies, a parallel strengthened by the square outlines of the neighbors’ windows. If you wanna know if Hitchcock earned his title “Master of Suspense,” then “Rear Window” is as good a place to start as anywhere else.

The eighth (get it?) film from Quentin Tarantino, “The Hateful Eight” begins a decade after the Civil War with a stagecoach carrying bounty hunters Marquis Warren (Samuel L. Jackson) and John Ruth (Kurt Russell), Ruth’s captured quarry Daisy Domergue (Jennifer Jason Leigh), and former confederate Chris Mannix (Walton Goggins). The unlikely group soon arrives at an isolated Wyoming stopover during a blizzard. The passengers quickly determine one of the four inhabitants of the cabin (Tim Roth, Michael Madsen, Bruce Dern, and Demián Bichir) is hiding something. Tarantino’s strength as a writer has always lied in crafting memorable characters than putting them into slowly-boiling conflict with each other, a trait that goes back to his debut “Reservoir Dogs.” “The Hateful Eight” takes this to just beneath the breaking point with a three-hour runtime, and watching it all unfold is a dread-filled but enrapturing experience.

Director Peter Mullan sheds light on a dark chapter in Irish history with “The Magdalene Sisters.” From the 1700’s up to the late 1990’s, Irish women who engaged in premarital pleasure were sentenced to toil in so-called “Magdalene Asylums,” essentially labor camps run by the Catholic Church, with the “promise” that their earthly suffering would absolve their sins. The film centers on 4 particular women sentenced to such an asylum in the 1960’s; Margaret (a rape victim), Bernadette (too much of a flirt), Rose and Crispina (both wedlocked mothers). Tormented by the nuns and abused by the priests, the girls alternate between despair and searching for escape. It’s a film that will make your blood boil slowly at the injustice promoted by an institution supposedly as holy as the church. Momentary catharsis comes when the girls escape and you’ll want to cheer, but the film is sure to remind you once more of the brutal reality hundreds of alike women faced, and your astonished rage will return promptly.

The ultimate cabin fever horror movie, directed by Stanley Kubrick and loosely adapted from Stephen King’s third novel. Recovering alcoholic Jack Torrance (Jack Nicholson) is forced to take a job as a winter caretaker at the Overlook Hotel after his drinking cost him his teaching job. When Jack, his wife Wendy (Shelley Duvall) and their maybe psychic son Danny (Danny Lloyd) settle in for the winter, they slowly but surely discover that not all is right at the Overlook nor in Jack’s head. There are individual shots in “The Shining” more beautiful than entire movies, and the opening dirge is one of the haunting pieces of music I’ve ever heard. It may not have the character depth of King’s source material, but as a craft exercise by one of the greatest filmmakers who has ever lived, it demands to be seen.

Sometimes, the remake is better than the original. Retelling the 50’s monster movie “The Thing From Another World” in decidedly less cheesy fashion, a group of researchers stationed in Antarctica run afoul of the titular “Thing,” an alien parasite which can absorb beings then assume their shape. Unsure which, if any, of their colleagues have been infected, RJ MacReady (Kurt Russell) leads the tumultuous group in a struggle to survive and prevent the Thing from escaping into civilization. The terror comes just as much from the paranoid uncertainty as the monster effects, though that isn’t to dismiss those, which have aged splendidly and still look creepy almost 40 years since release.

Let’s close with a classic; the directorial debut of Sidney Lumet, “12 Angry Men” features a jury deliberating the fate of an 18-year-old defendant accused of murdering his father. Juror #8 (Henry Fonda) casts the lone dissent for an otherwise unanimous guilty verdict and is forced to convince the strangers on the jury that the case is not sealed beyond a shadow of a doubt. The jurors are played by a murderer’s row of character actors, from Lee J. Cobb as the hotheaded Juror #3 whose troubled relationship with his own son clouds his judgment, Martin Balsam as Juror #1, the foreman and attempted straight-man, and Ed Begley as the bigoted and antagonistic Juror #10. A master-class in dialogue-driven suspense, we learn almost nothing about the characters upfront, not even their names, but part of the film’s genius is that it trusts that we’ll come to understand each of the individual men through observing their actions, reactions, and interactions. Aside from being great entertainment, “12 Angry Men” is an examination of how bigotry impedes the justice system which rings just as harrowingly true 60 years later.

Song and dance fill Swasey in celebration of MLK Day