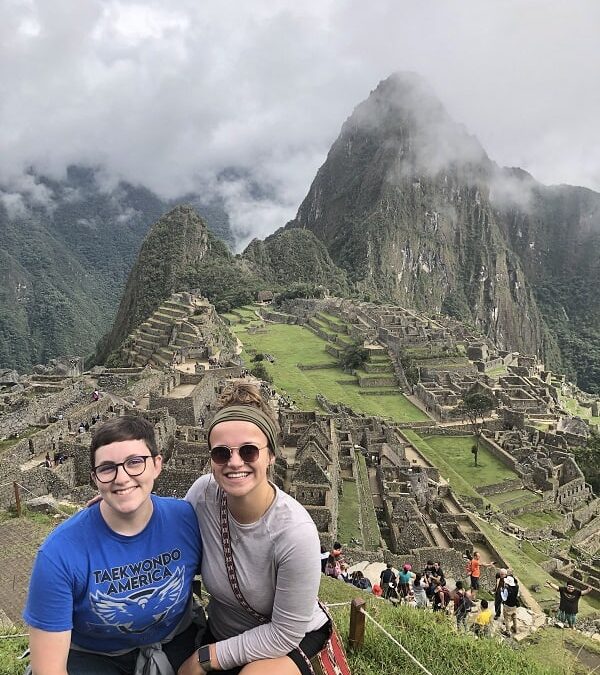 It was almost a month ago in late March when Julia South ‘21 returned to the home she shared with her host family in Cusco, Peru from an excursion an hour away in Pisac. A week before, she had fulfilled her dream of hiking Machu Picchu. Her family sat down to eat dinner at the typical time of 8 p.m. with the nightly news on in the background. As they ate, reporters announced that at 12:30 a.m., a ban would be set in place prohibiting foreigners, like South, from entering or leaving the country due to the COVID-19 pandemic.

South, a Global Commerce and Religion major from Pittsburgh, PA had been studying in Cusco since January with SIT: Indigenous Peoples and Globalization program along with twenty other students. As of March 25, 11 students were able to get out of Peru. That left South and 8 others stranded with no certainty of what was to come.

The nation is currently on lockdown that is set to expire on April 12.

Going abroad already comes with a certain amount of trial and tribulations, many students being on their own for the first time, trying to learn a new language and make new friends, and so forth. But the arrival of COVID-19 added an entirely new layer that is unprecedented. It presents new struggles for the Off Campus Office and program providers in addition to students.

Before the ban became too strict, South could still see friends around her. They could still gather at each other’s homes and spend time with one another. The government progressively became more strict on regulations. In an effort to contain the spread of the virus, the Peruvian police force and military became extra vigilant about those going outside or breaking the nightly curfew of 8 p.m., according to South’s experiences and observations.

“It was a lot of Netflix, reading, playing cards with my host parents,” South said. “And my host dad taught us some South American card games too. This only lasted for a few days though, because soon after the police and military were enforcing social distancing much more aggressively.”

“There have been some tensions between the Peruvian and U.S. government. A couple days ago, flights were scheduled that the Peruvian government turned away,” South explained earlier this month. “As of now [March 24], around 800-1,000 Americans have been able to get out.”

A selection process by the embassy of who can and cannot leave has taken place, but South does not know how those decisions were being made. “Friends of mine were told at 12:30 a.m. last night [March 24] that they were selected to leave, but that they had to be at the airport at 8:30 a.m..” South left her bags packed in preparation just in case.

The “BBC” reported on April 3 that men could only leave on Monday’s, Wednesday’s, and Friday’s and women can only leave Tuesday’s, Thursday’s, and Saturday’s. No one can go out on Sunday’s. As of April 14 there are currently 10,303 COVID-19 cases and 230 related deaths in Peru.

On March 25, South got word that she could return home to Pittsburgh, PA on March 26.

From her home, she says, “No matter how difficult it may seem to a lot of us in the United States, it cannot compare to the strict rules the government of Peru was enforcing and is still enforcing there. I think I was able to adjust pretty well, especially since I had about 2 weeks there in quarantine to adjust to life like that in general.

“At home I have so many more options of things to do, people to talk to (in English too!! haha), and overall general rights,” South wrote in an email. “I think especially being in quarantine in another country made me realize the rights we have here in the United States, and even simply the different opportunities we have to openly criticize or express our own opinions of the government handling of this crisis.“But of course at the same time it makes me question if the United States should be doing more to prevent people from leaving their homes, like they were doing in Peru.”

As of April 14, President Trump has said he is leaving it up to individual governors to decide when to lift state stay-at-home orders.