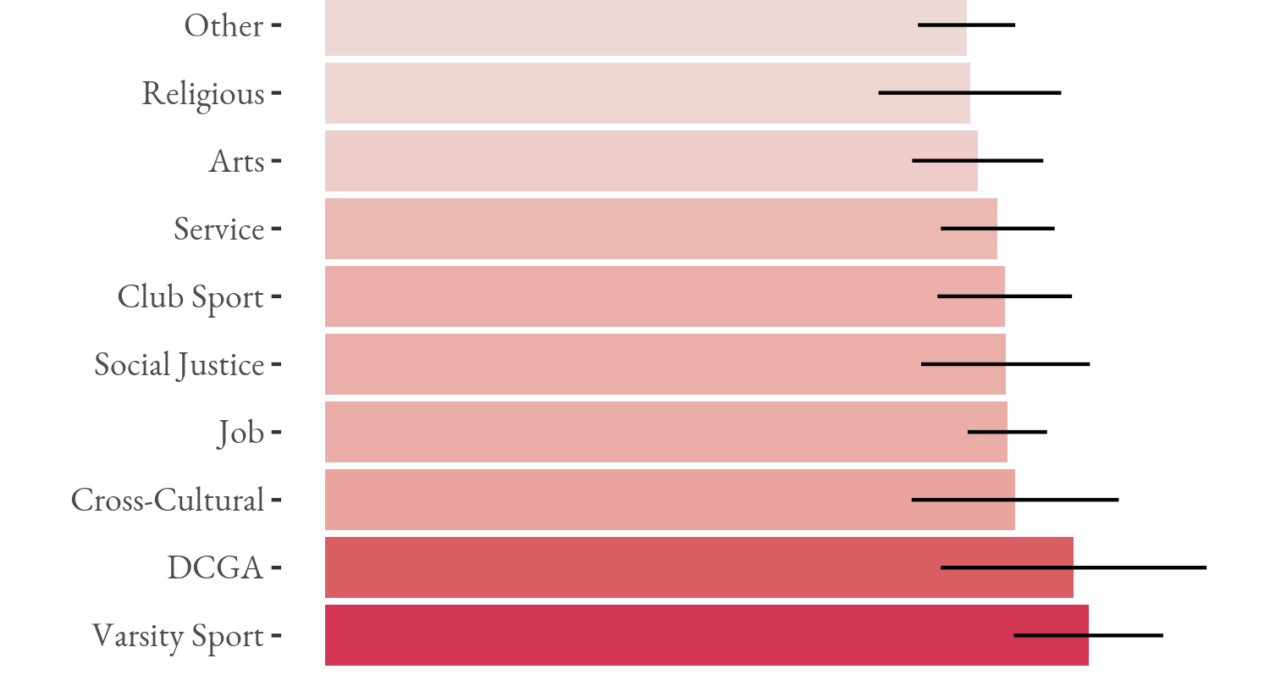 In my past three and a half years at Denison, the social culture has changed dramatically from Sunnies parties to parking lot white tents and the creation of the Moonies. I think many would agree with me when I say that there is no longer a clear definition of what social culture is on Denison’s campus.

According to the Denison administration, as much as Sunnies parties worked for Denison for a time, there came a point where something had to change. Drunk Denisonians in the Sunnies meant damages to the apartments that were either too great to fix or threatened the structural integrity of the buildings themselves. Although the rumors about the Sunnies sliding down the hill are seemingly untrue, according to the administration if we kept “partying” the way we were, the Sunnies would be destroyed faster than they could fix them. Their solution: the tents.

I recall telling students at other schools that, no joke, my school bought big, white, wedding-like tents, put them in the parking lots of our school and said this is where you can “party.” As absurd as it was, it worked for a minute. It was an outdoor space, people could play music, and parties for a time moved out of the Sunnies. However, then it got cold and they put heaters in the tents, but to no avail. Denison students quickly lost interest and thus the Sunnies came back into play.

Then we get to the fall of 2019 – the tents are gone but there is massive construction in what used to be the First-Year Student parking lot. Denison’s administration had come up with a more permanent solution in an effort to stop the use of Sunnies for parties altogether. Of course, it took a pretty long time to build these permanent social spaces – the Moonies – and until October of 2019 just where parties were allowed was in doubt. Campus Safety was cracking down on parties being thrown in the Sunnies but the Moonies were not ready.

It has been about six months since the Moonies have opened and, therefore, time to reflect on these new social spaces. What are Denison’s students feeling about the Moonies? Who attends parties there? Are other places on campus still being used for parties that are more appealing to Denison students? These are too many questions to answer at once, so maybe separating out the different topics regarding the Moonies is a good way to begin to get the feels of Denison’s student body on the state of our new social culture. The first topic to investigate is the feelings the student body has toward the Moonies.

Our March 2020 survey sent out to the Denison student body (n=500) asked a couple of different questions about social culture, party culture, and the Moonies. One asked students to rate their feelings on a 0 (cold) to 100 (warm) scale toward different things, one of them being the Moonies. Figure 1 below shows the overall campus feelings toward the Moonies. The average feeling is 35 out of 100 – a pretty negative outlook on the Moonies. The graph also illustrates a large pooling in the middle around the 50 marker, suggesting that there is a fair amount of Denisonians who feel not overwhelmingly negative but also not overwhelmingly positive toward the Moonies.

Figure 1: Feelings toward the Moonies

But who feels what way? The first step was to look across class years, which Figure 2 illustrates. The results show that sophomores, surprisingly, have the most negative feelings toward the Moonies (lower than 30). Juniors and Seniors feel about the same – hovering around 35 for Juniors and a little lower 33 for Seniors. Freshmen have substantially more positive feelings toward the Moonies, scoring around 43 on the scale, though still not exactly warm.

READ MORE ON 127: data mirror of the hill