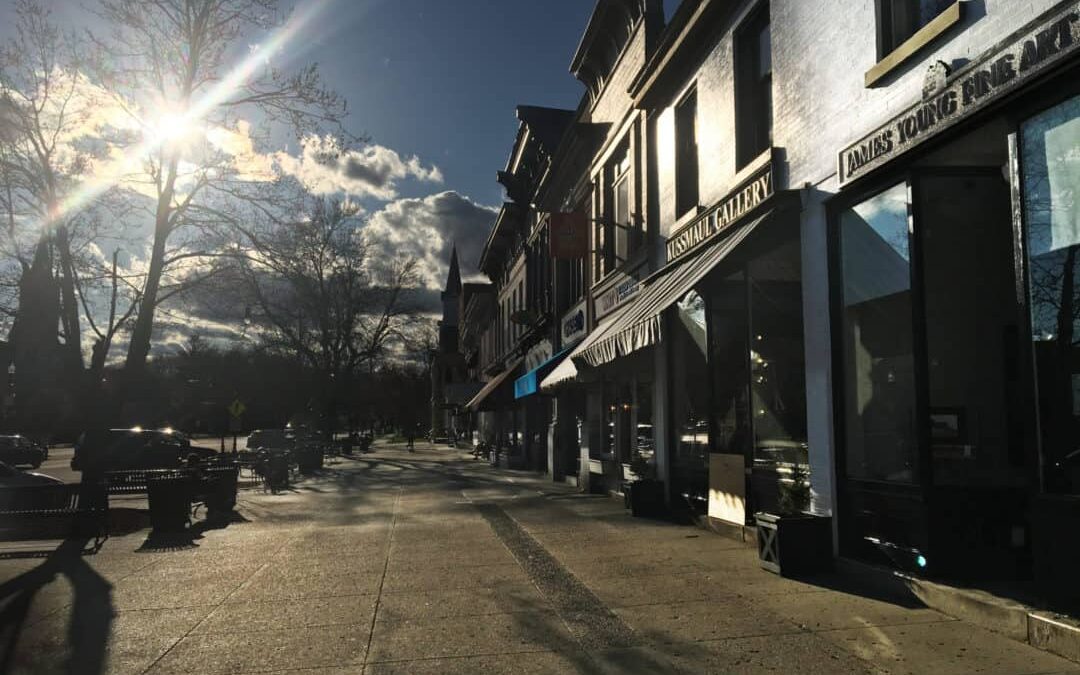 In Granville, once the temperature outside reaches Ohio’s first sneak peek of spring, the downtown block comes alive. A stroll down Broadway street, one could expect to see young families walking their dogs, elderly couples sitting on the benches enjoying the sun, and Granville soccer teams of all ages join the ever-growing line out of Whit’s. With Governor DeWine’s stay-at-home order to prevent COVID-19 infection, downtown Granville is now a ghost town, even on a warm, sunny day.

About a third of the 24 local restaurants have closed that serve the downtown Granville area, with Moe’s only open for delivery from their Newark location.

Sam Short, son of the owners of Village coffee said, “We’re going to stay open until the government shuts us down… Sales are down and Granville is a ghost town right now. It feels empty.”

Many restaurants took to social media to inform their loyal customers of the fate of their business after the March 15 DeWine’s executive order to close restaurants to carry-out and delivery only.

According to Granville’s Chamber of Commerce President, Steve Matheny, with their 75 member businesses of Granville and Newark surveyed, over 268 employees have been laid off with around 50 with reduced hours. Matheny noted this does not include Denison-affiliated businesses like Denison’s Granville Inn and the Denison food and catering contractor, Bon Appetit.

Across the state, initial jobless claims filed over the past two weeks stand at 468,414, about 8% of the state’s labor force.

Matheny, partnered with Food Pantry Network of Licking County, the Salvation Army, the Village of Granville, Kiwanis, with support from David English, Denison’s Chief Financial Officer,coordinated a food pantry drive up on Broadway street to help alleviate pandemic burdens for laid-off workers. The first service was April 1 and 2 morning starting at 10 a.m. until noon. Matheny expects to continue the drive-up weekly until the need is met.

Taco Dan’s, the student favorite bar, had to lay off 75% of their staff. As the weather warms up, they were expecting a peak in customers as seniors celebrated their last days on the Hill. The bar is open at limited hours, everyday at 4 – 8 p.m. with take-out only. (April 14 update: Taco Dan’s is now closed planning to reopen to serve and deliver alcohol to locals on April 17. They are waiting for a new oven so until then just their basic menu, ‘not all the meats.'”)

“As of right now, without Denison students, Taco Dan’s would not be a thing,” Dan Rodgers, bar owner said. “We’re pretty much just waiting for Denison to come back, for the quarantine to end.”

Snapshots lounge has been broadcasting on Facebook Live everyday since March 16. The staff has been outside advertising carry-out orders as a family under a tent. The first day, March 16, Snapshots was giving toilet paper in a ziplock bag along with carry-out orders.

Three Tigers Brewing Company delivered their local beers to Columbus all day on April 3. They are offering crowlers (April 14 update, it was previously noted to be the same as a growler, but a crowler is a smaller version that only holds 2.5 beers in the container) for $10 all day.

Whit’s Frozen Custard has had Black Raspberry Chip as their special of the week for the past two weeks. They have special hours on Tuesday and Friday for seniors and at-risk from 1 – 2 p.m. for their safety.

The following local restaurants are closed until further notice:

Please visit the Chamber of Commerce’s website for updated hours of operation during the pandemic.