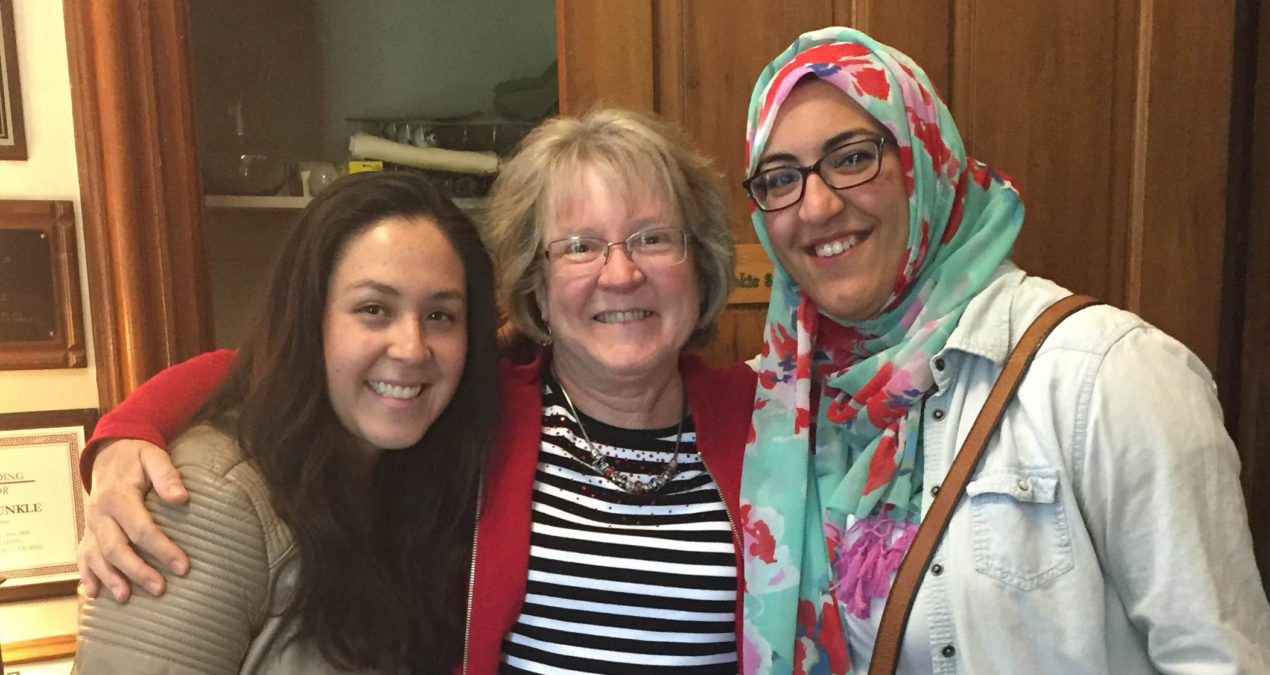 Retiring amidst a global pandemic, Sunkle says “It’s not how I envisioned ending my career at Denison and I regret that I didn’t get to say goodbye to a lot of people.”

Sunkle says cleaning out her office has been a bittersweet experience, as she keeps finding things that bring tears to her eyes, making her laugh by bringing back some old memories.

“I had a number of plans, but the economy tanked and the pandemic occurred,” Sunkle said about the future. “So some of them have been put on hold for a while. It’s funny, because I always said that I’m going to retire this year unless the economy tanks, and after I signed my letter, the economy tanked.”

However, she has many hobbies like sewing, quilting, cross-stitching, and reading that she plans to do while at home.

“I’ll have plenty to do, pandemic or not,” said Sunkle.

The main thing Sunkle will miss while working at Denison is the student contact. She says that her interactions with the students kept her young and gave her hope for the world.

“I always get to say a lot of my goodbyes [at graduation] and give a lot of hugs,” Sunkle said. “I don’t regret that there won’t be a big party because I would’ve cried through the whole thing anyway so I’m glad we’re managing to avoid that.”

She’s sad that she won’t get to meet students as frequently, but wants the next generation of Denisonians to always follow their dreams.

“Mainly I will be staying at home, playing in my flower beds, digging in dirt. I have a daughter living in Cleveland and another one in Chicago, who has an almost two-year-old son and is expecting another in August, and I look forward to being able to spend more time with all of them in the future,” says Sunkle.

In the meantime, she’s been using her free time to make cloth masks for people that need them in the retirement homes, and has been enjoying all the free time on her hands for a change.

Students rally around the flag for two occasions