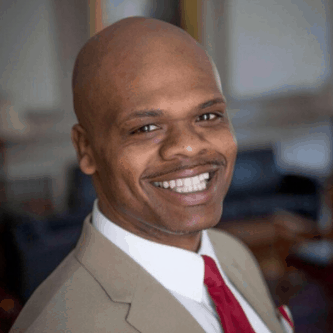 EMMA PROE, Assistant Features Editor—Amid the resurgence of the Black Lives Matter movement this summer, spurred by the murder of George Floyd, calls to address issues of racism in the United States have rung across the country.

This June, in order to actively condemn racism on a community level, Denison University announced that it would establish its own antiracism task force to be led by Dr. Alex Miller, Vice President of Student Development.

According to Dr. Miller, the full antiracism plan will not be submitted to President Weinberg and the board until April 2021. However, there will be a status update available at the end of the Fall 2020 semester. Students can expect to hear the full plan before leaving campus in the spring.

Denison’s antiracism task force is comprised of three subcommittees, which are structured around the ideas of people, practices, and possibilities. On a broad scale, the work of the subcommittees will focus on how to handle bias reporting, and examining procedures around hiring, HR, and recruitment. However, the specific details will be left up to each subcommittee as they continue to develop the plan proposal. According to Dr. Miller, each group will conduct different data gathering processes such as surveys and focus groups to obtain information from a broad selection of the community.

While subcommittees have been meeting since the summer, the whole committee met for the first time on September third. On the work being done, Dr. Miller stated, “We have been doing listening tours with different student communities, and our hope was that the data we gather from that will help inform our action plan.” The task force has also looked at data collected from past years. They plan to continue more listening tours with the student population, as well as with staff, faculty, and alumni.

The taskforce and the initiative together are being branded as “Denison Forward.” Dr. Miller explains, “We’re looking at branding it as ‘Denison Forward’ because it’s what we like to think a forward-thinking strategy around diversity and inclusion more broadly, but also keeping in mind an antiracism framework.”

On his own thoughts about the plan, Dr. Miller remarks “I think it’s important for students to know that this is a university-wide effort; we have gathered a diverse set of faculty, staff and students to be on the taskforce. I think that this is an institutional effort, and that our board of trustees as well as our president are committed to this work.”

Dr. Miller encourages students to reach out to himself as well as members of the task force with any input towards this initiative. He expresses,“An open mind of communication is a part of the process, so people should see myself or other members of the committee as members that they can reach out to.”