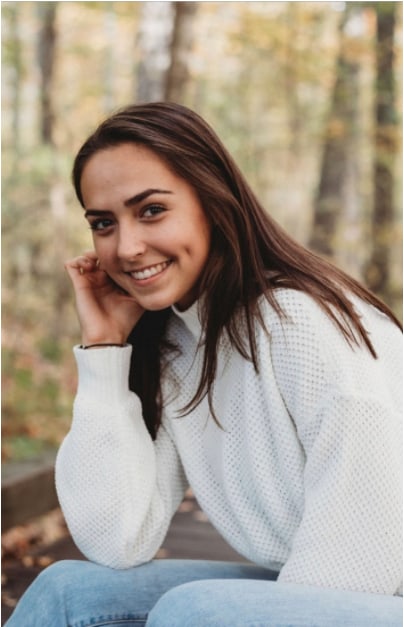 TORRIA CATRONE, Special to The Denisonian—Back in March, when quarantine set in and free time materialized in people’s lives with an unrelenting abundance, I, like many worldwide, needed something new to focus on and fill the hours. Most people puzzled, binged a Netflix series or two, or baked some bread. I chose to go vegan.
While spontaneous, my decision did not rest on a careless whim. Making this change was the final step in a journey I had begun long ago. I had already been dairy-free for years thanks to an intolerance that I could no longer ignore. I didn’t love eating meat, and I’d been incorporating alternative protein sources into my diet for quite some time.

It seemed as though I was working towards a plant-based diet step by step. What pushed me over the edge, though, was reading Eating Animals by Jonathan Safran Foer. It is a fantastic examination of what it means to be a meat eater today, and it caused me to reconsider my own complicity in the horrors of the meat industry. And so, about two days after quarantine had begun, I dove head first into the deep end and committed to eating an entirely plant-based diet.

It was easy to maintain veganism at home, as I had ample time to research, plan, and cook my own meals. I looked forward to trying new recipes each day and learning from other vegans. However, as summer progressed and leaving for college loomed closer and closer on the horizon, I began to wonder what being vegan would look like at Denison. Would I have options? What would those options be? How was I going to stay nutritionally afloat?

It is important for me to mention that I am not what I call a “salad vegan.” I eat plenty of greens, but my vegan meal of choice is not a bowl of lettuce and cold vegetables. I like warm, comforting foods that actually leave me satisfied. However, a vegan can always rely on salad as an easy option, and so the first few days on campus I stuck to the basics: lettuce, tomato, maybe even some black beans or corn if they were available. I knew this wasn’t going to cut it for long. Eventually, I was going to get past my food anxiety and need to eat something more than rabbit food.

Using the virtual menu as a tool to help me see where I could eat everyday changed the game. Suddenly, going to the dining hall wasn’t a shot in the dark. Planning is a very important part of being a vegan, as it can take a lot of effort to ensure that you are eating balanced and sufficient meals. I appreciate not having to show up to Curtis praying that there isn’t just tofu for the third day in a row.

In general, the range of vegan options has been good on campus. Although most meals have been repeated quite often, there is still some variety every day. I’ve eaten tofu many different ways, from breaded and baked to stir fried with vegetables. There have been plant-based burgers, pasta and sauce, quinoa salads, and cooked veggies from squash to chard. My favorite vegan option so far, though, happened to be the one day that the stars aligned and there were vegan brownies in Curtis.

All in all, eating vegan at Denison is not very hard to do. Getting into a routine and occasionally supplementing with personal food is the key to making it successful! It all comes down to balance and finding out what works best for you.