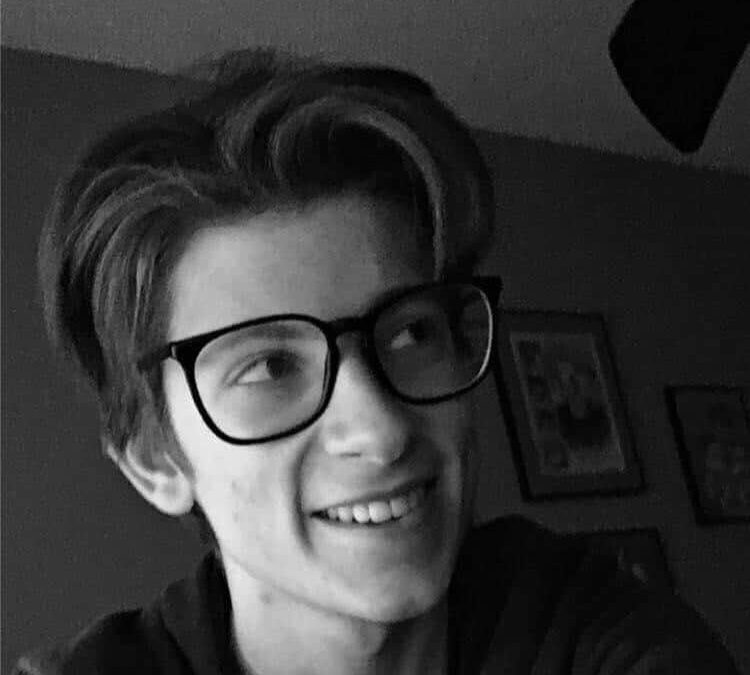 The case for Joe Biden: Let’s not play pretend

SHAYNE SILVER-RISKIN, Special to The Denisonian — Trumpism is best defined as a pseudo-ideology that mixes toxic rhetoric with failed policy. It often masquerades as patriotism, but let’s not confuse the two.

President Donald Trump’s tight hug around the American flag only functioned as part of the foreplay that allowed him to screw the American nation. I understand that some insist any strong argument for a political candidate will exclude any argument against their opponent, but this framework recklessly ignores our sobering reality in favor of a fantasy world where Joe Biden exists in a vacuum. Let’s not play pretend: if Joe Biden loses, Donald Trump wins. In turn, the lifetime of Trumpism doubles and the nature of Trumpism likely intensifies. To see the dangers of Trumpism in the future, look no further than the danger caused by Trumpism today.

Trump brands himself as a new kind of Republican, but his economic policies, over the last four year, beg to differ. The vast majority of economic policies passed under Trump’s direction exemplify the same tired supply-side economics that the Republican party constantly tries and fails with. These policies benefit wealthy Americans like Trump, but leave everyone else in the dust. For example, Trump’s Tax Cuts and Jobs Act (the only major piece of legislation passed by Trump prior to the COVID outbreak) slashed taxes on corporations, billionaires and even millionaires, but largely left low-income Americans in the same place. Indeed, Trumpism tends to sacrifice the most vulnerable in order to benefit those most like Trump.

Time and again, Trump’s emboldens his White Supremacist followers whilst preying on those who do not share his skin color. On more than one occasion, after his own racist supporters gruesomely murdered antiracist protesters in public, Trump failed to solely and unequivocally denounce the heinous acts of his most extremist fans, despite his notorious willingness to insult almost anyone else. Meanwhile, he utilizes a broad vocabulary to describe non-white indivuduals including terms like “animals”, “thugs”, and “my African-American.” Trump’s racism alone disqualifies him from his position. A president incapable of serving all Americans is incapable of serving all of America.

I cannot begin to capture the full scale of Trump’s destruction. Indeed, there have been several books written about the harm caused by single aspects of Trump’s administration. No one can verbally describe Trump’s full impact, but almost everyone can feel it. Trump’s cruelty and incompetence reverberates through the women he rapes, environment he assaults, the children he locks in cages and loses, the public employees he deprives of resources, the Muslims he bans and the 200,000+ families whose loved ones have perished. From his disastrous COVID response that results in countless deaths to his incoherent foreign policy that isolates America from her allies, Trump’s presidency causes unspeakable  pain that the next president will be forced to alleviate. Hopefully, that next president is Joe Biden.

When Joe Biden ran with Barack Obama in 2008, his campaign promised that the hope in America would be met with change to America. In many ways, the Obama Administration, with the help of Joe Biden, lived up to this promise. The Obama Administration allowed for a world where more people found access to health care, fewer people found themselves fighting unjust battles overseas, and the environment found greater protection. Perhaps most notably, the Obama Administration’s fiscal policies pulled America out of financial collapse and built the economy that President Trump would later proudly tout as his own.

Still, in many other ways, American progress took a backseat to the congressional gridlock that plagued the Obama administration. Using every obstructionist instrument in their toolbox, Republicans persistently hampered the Obama administration’s ability to function and then ridiculed Democrats for failing to bring enough progress in America. With these instruments still at their disposal, Republicans promise to ensure future Democratic administrations accomplish even less. Now with the lives and livelihoods of millions at stake, our government must not fall victim to the behavior that has paralyzed it in the past.  In previous election cycles, presidential candidates universally expressed reluctance to interfere with pernicious obstructionist practices. Instead, they baselessly claimed that they could pass significant reform without interfering with the institutions that constantly block this reform.

In 2020, Joe Biden sits as the first major presidential nominee to acknowledge the challenges behind growing fruit from a dead tree. That is, grounded by the pressure of the political moment he sits in, Joe Biden remains open to flushing away the obstructionist waste that previously clogged American progress. For example, Joe Biden expressed willingness to push to abolish the filibuster (which currently blocks nearly any piece of legislation in Congress) and to push to reform the courts (which currently risk becoming partisan weapons of mass obstruction). With these changes alone, the will of the people would finally stand a chance to manifest in meaningful legislative progress. Not only would Biden’s other legislative priorities (such as, economic stimuli, environmental regulations, imigration reform, and expanded access to health care) see the light of day, but these democratic reforms would provide future presidents with a political system that allows for even greater progress.

Trump and his enablers use alternative facts to sell us a false reality. Through a series of false equivalencies, gaslighting and fabrications, they transport us to a universe that muddies the distinction between the evil of Trump and the flaws of Biden. It exonerates Trump from the damage he causes, but credits him for the prosperity he inherits. But if you are having trouble distinguishing this universe from our reality, open your eyes and listen to your heart. You can see the wreckage Trump creates and feel the damage he inflicts. To blind you from his failures, Trump wants you to close your eyes and ignore your heart. Explicitly, he tells you “what you’re seeing… is not what’s happening”. He assumes the slogan “vote your conscience” attacks his agenda, because he knows his agenda attacks your conscience. Reject Trumpism. Allow your ballot to match your reality and vote for Joe Biden.

Shayne Silver-Riskin ‘22 is a political science major from Berea, OH.