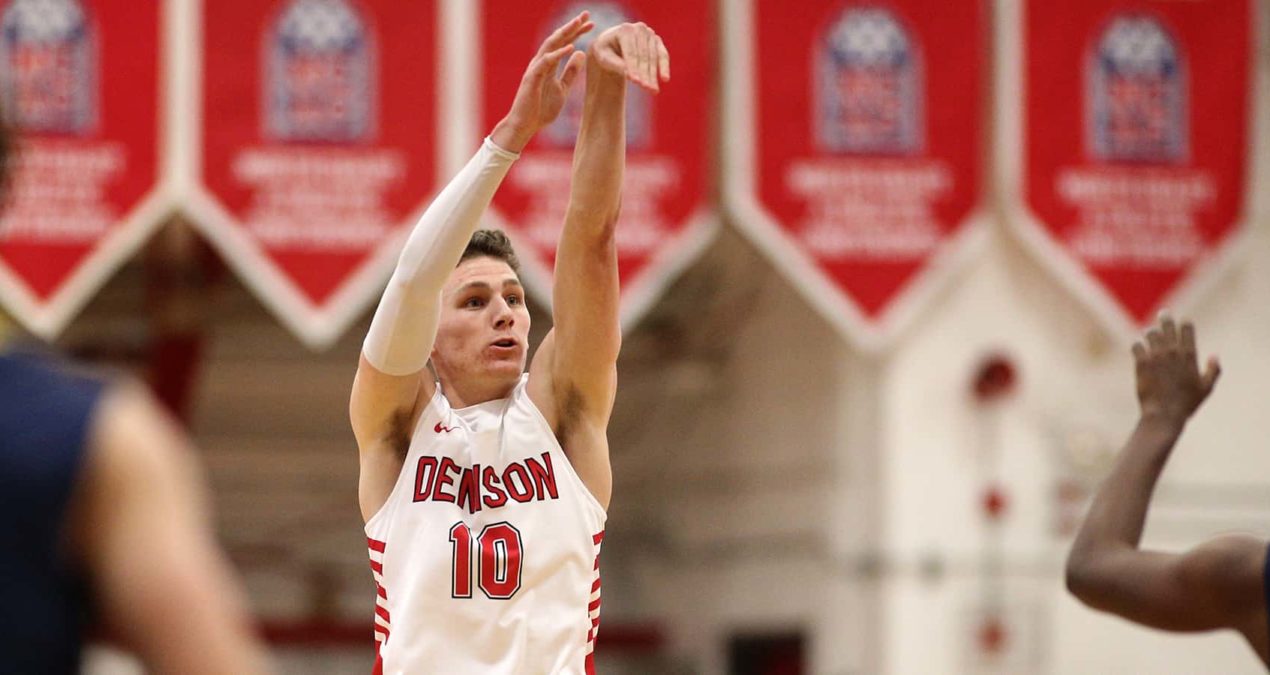 “When I was little, I always had the greatest passion for sports. During my elementary years, every recess and lunch time activity included basketball, kickball, soccer and football. But it wasn’t until I was in 7th or 8th grade that I realized that basketball was the sport I enjoyed most and wanted to dedicate more time to.”

In high school, however, he still found time to enjoy a diverse array of sports, playing either soccer or football in the fall, basketball in the winter, and tennis in the spring.

His love and passion for the sport is clear on the court as Coach Sullivan spoke on his recognition as an All-League player last year and a great leader for the team. Coming into his freshman year was a period of adjustment, as it often is for many students, in addition to the unique challenges he faced as a student athlete. It didn’t take long for Fenton ‘21 to get to know his teammates and the coaching staff, and although he had a tough sophomore year, he knew there were big plans for him, junior year.

He spoke highly of his teammates, and attributed most of his success to them.

“I loved every moment with the guys last year. While the wins and losses didn’t always make the standard, it felt as though we were undefeated the way we came to practice day in day out.”

The coaching staff believe in making sure that the team is not only a strong player, but grow to become selfless educated men of character and action, as they work hard to create a culture that embodies that spirit.

“To me, being a selfless educated man of character and action means to be relentless in the pursuit of happiness and the common good. To do the right thing, all the time. And when you fail, learn from it and become a better person. Taking that type of mentality in anything you do makes you a better teammate but more importantly a better person. Coach Ghiloni was the best coach I have ever had and for that I thank him.”

As the team looks forward to their season in the Spring, Fenton ‘21 spoke on what being a leader means to him.

“To me being a leader means making adjustments while learning how to overcome a setback. By setting an example especially for the young guys coming in, I want to be the guy on the team whom they watch off the court and admire how hard I play especially on defense. I believe a leader leads by example by showing a relentless effort to accomplish the dirty work while also learning from their mistakes. When faced with adversity, it’s about how you bounce back.”