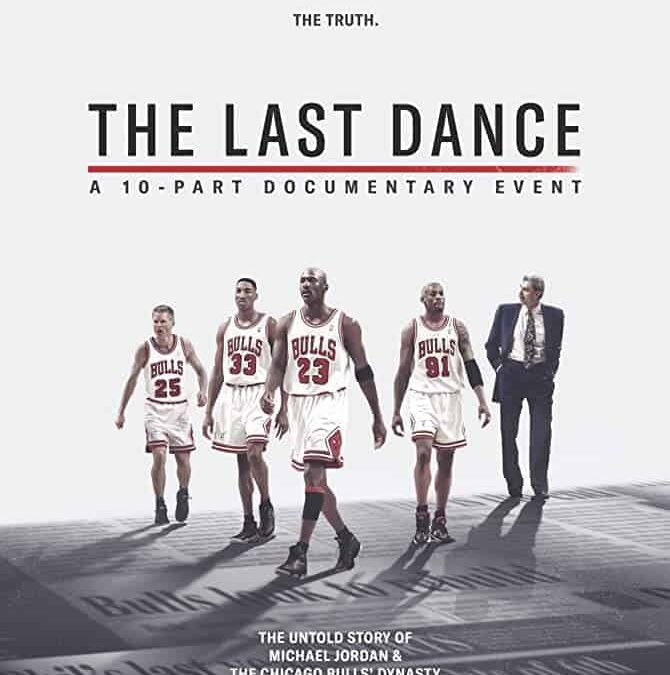 The Last Dance, LeBron and the debate over sports legacies

KEVIN CHENG, Special to The Denisonian—After watching LeBron and the Lakers overcome many obstacles this season and ending out on top as the Finals champions, it has become very difficult for many to argue why LeBron James should not be in consideration as one of the best basketball players ever, even though you can find people on the internet trying to constantly discredit everything the man accomplishes.

James is and always will be compared to Michael Jordan as the greatest of all time. This argument will never end. However, if one wants to truly debate the two players, they have to watch The Last Dance, a ten part documentary about the dynasty of Michael Jordan and the Chicago Bulls.

In the documentary, a film crew is given unlimited access to Jordan and the Bulls on their hunt for a sixth title during the 1997-98 NBA season. Through this access and multiple accounts of teammates, we see the true competitive nature of Jordan, this innate drive to win any cost. Now, if we want to argue that LeBron is the same way, I would quickly reject that LeBron mirrors this competitive nature. This competitive and obsessive personality of Michael is what truly separated him from any other player. In fact, Michael Jordan finally agreed to use the footage from that 97-98 season for The Last Dance the same day LeBron and the Cavaliers had their championship parade in Cleveland in 2016.

It seems like Michael wanted to give people a reminder. Competitive much? In contrast, what separates LeBron is his rare physical nature combined with skill and overall IQ for the game. Both are head and shoulders above their competition and they find each other neck and neck at the top of the totem pole.

As someone who has never seen Jordan play live but has grown up watching LeBron’s career skyrocket, I was extremely biased towards LeBron. However, after watching The Last Dance, I discovered many aspects of Michael’s career and competitive nature that helped me understand why he was considered the best for such a long time.

Now, I struggle with this debate, continuously going back and forth between the two. If LeBron continues to win past the age of 35, his case will become even stronger than it already is. But, it is hard to say whether it will ever overcome Jordan’s unbelievable drive to win at all costs. Overall, I find it extremely necessary to watch and analyze The Last Dance before trying to truly form an argument for one side or the other.

The Last Dance can be viewed on Netflix and also ESPN+, which requires a subscription.