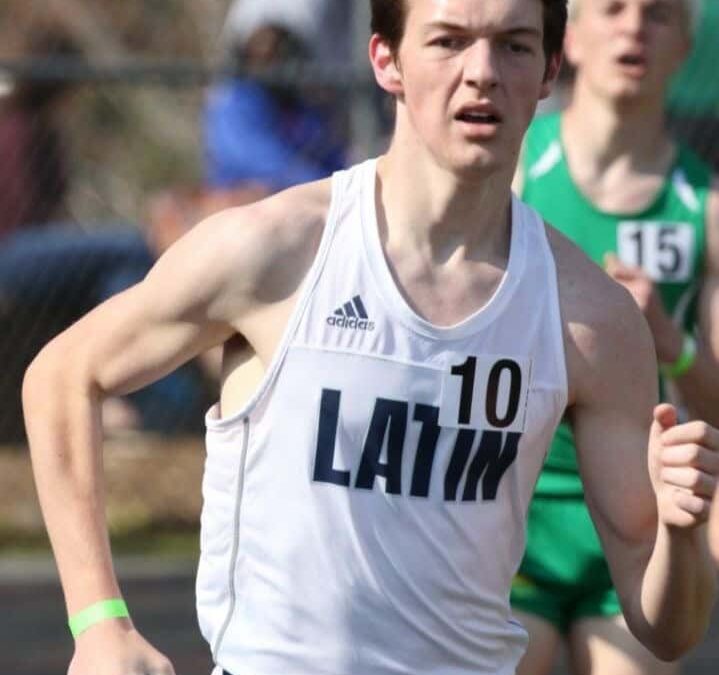 Worth Hinshaw ‘24, definitely wasn’t expecting to run cross country and track in college when he first got to high school. In fact, he never even considered the possibility of it before reaching high school, and if he hadn’t he may have never ended up on the Hill.

Before his freshman year of high school, he was a baseball player. Eventually, he began running cross  country and track after his older sister, who was a member of both teams all four years of her high school career, finally convinced Hinshaw ‘24 to sign up.

Quickly after joining the team, Hinshaw realized he had a passion for it. Not just for the sport, but for the people he could now call his teammates. “I decided that I was enjoying being with some of the guys on the team. I wasn’t necessarily doing it to run, but I enjoyed the team culture”

Not too long after starting to run, he decided he was done with baseball and devoting his time and energy to cross country and track instead. “I played [baseball] all throughout elementary and middle school and I realized I had more potential as a runner than I did as a baseball player and it was something that I enjoyed more.”

Additionally, the encouragement he found in his coaching staff inspired him. “Having no running experience I saw that the coach believed in me a lot. He had a lot of trust in me and he wanted to help me get better.” Hinshaw found a new drive and pushed himself, determined to get better.

The inspiration and drive didn’t just come from the encouragement of his coach though. It came from his older and more experienced teammates and team leaders as well. As one does when joining a new team, Hinshaw quickly found himself looking up to them. “I had a lot of role models when I was a freshman who I looked up to and thought ‘I wanna be like them when I’m a junior and senior’… it was a lot of inspiration from those guys.”

He decided to continue it after his performance took a major step forward during junior year, leading him to post much more impressive times than he ever had previously. Another coach even indirectly contacted Hinshaw asking them to look into their school and program. At that moment it dawned on him that this didn’t have to be a high school experience, but that he could continue it into college. That’s when he discovered Denison.

“Denison was added to my college list pretty late. Then I did some research on the team, on the coach, on the team history.” He excitedly discovered he had the potential to be on the team and he developed such a love for running his past four years in high school that he didn’t want to let it go.

Upon visiting, it became apparent that this was where he wanted to be. “I eventually got to spend some time with a bunch of guys on the team and that was the selling point. I really, really clicked with the guys on the team even just being with them for a couple hours and I realized that this other school is cool, but Denison is where I wanna be. These guys are like other versions of myself and I wanna spend the next four years with them.”

During his brief time on the Hill, Hinshaw has already learned of the sense of camaraderie integral to Denison, both on and off the track. “We all clicked with each other really fast, both within the freshmen class and with the sophomores, juniors and seniors who are on the team which was really cool. Just to immediately have this group of brothers and teammates… it’s really something special.” Even during all their hard training the team still makes time to enjoy each other’s company, frequently grabbing meals and hanging out after training.

He notes that there’s definitely been an adjustment between running cross country and track in high school and running it here. “Our training has definitely been a lot more methodical and a lot more detailed. I think the training I did in high school was so great for setting such a foundation, but now it’s getting into a lot more detailed work with the nitty-gritty beyond just running.” Hinshaw notes that there is definitely a disparity between the high school and college levels. This season he’s just trying to gauge where he falls on the college-level and build from there.

However, he’s happy for the change believing it will help him beyond just his running. “I’ve gotten a lot stronger mentally… Even in the past three weeks since we’ve moved in, in late January, I’ve pushed myself a lot harder mentally and I think that’s gonna help me a lot more in the long run. No pun intended.”

Hinshaw ‘24 is looking towards his next three and half years with anticipation, both excited to continue cultivating relationships on and off the track and to continue pushing himself.